What Does The Fox Say Costumes 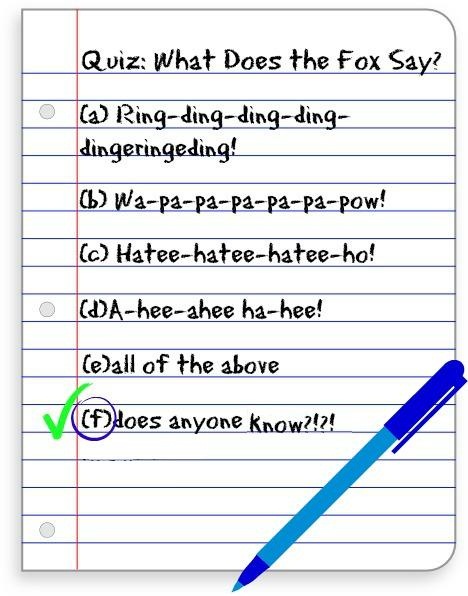 Even if we NEVER conclusively figure out what the fox says, we can all agree that the fox costume from from Ylvis' new hit single is gosh darn adorable! (If you're desperate, you can always ask Siri or you can Google "what does the fox say" for a full list of the lyrics.) If you dig his bushy-tailed look and want to have a Halloween outfit sure to make your friends say wo-o-o-o-o-o-ow, we can help! Don't worry she-foxes, we also included fox costume DIY ideas for the foxy female style featured in the music video. 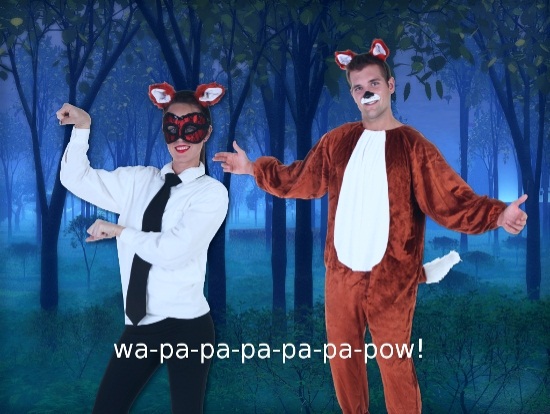 Let's make sure we're all on the same page here. If you're not one of the 55 million people who have had the distinct pleasure of watching this hilarious music video, firstly, WHY NOT, secondly, here you go. And you're very welcome in advance. Seriously though - why haven't you seen it yet? Even our dads are talking about it at this point!

it's okay to admit that you liked it. It's also okay that you just watched it two times in a row....okay three.

Fish may go blub, ducks may say quack, and elephants may go toot, but it's clear that the fox is the star of the show! We've got everything you need in order to pull off this cuddly and funny character. 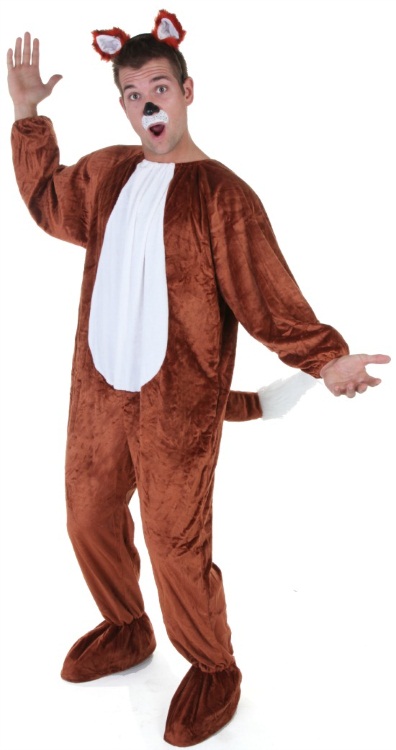 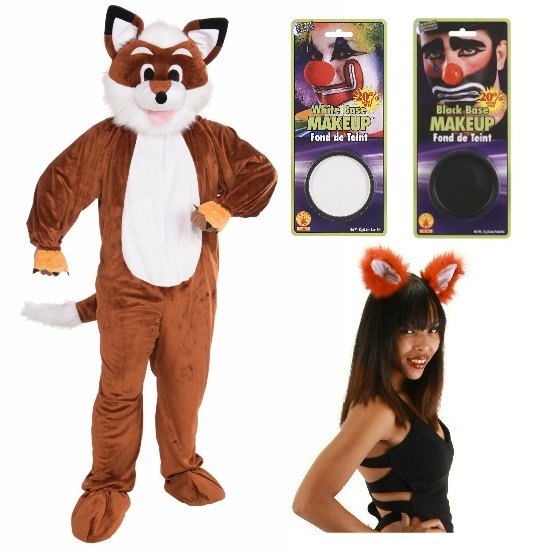 Putting together this costume with the pieces noted above is pretty straight-forward. After that, you'll just need to apply your black nose and white upper lip paint to ensure that your fox is instantly recognizable as THE fox! Here's a closer look- don't forget the black whisker speckles! 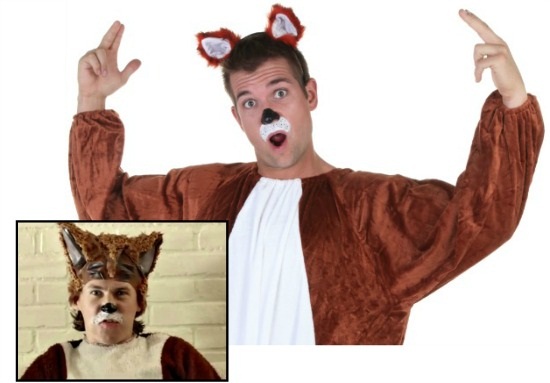 The girls in this video have a distinct look that's easy to pull off with a few wardrobe staples you most likely already own, accented with a couple of our fox-ccessories. 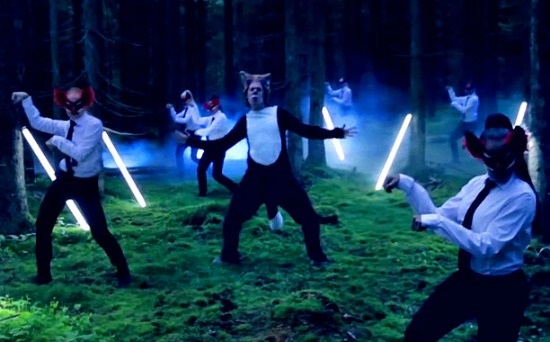 You'll be left with a style that screams "business casual meets furry red wildlife."  You know, "I just closed a big advertising deal, but now I'm ready to chase some mice and dig some holes." 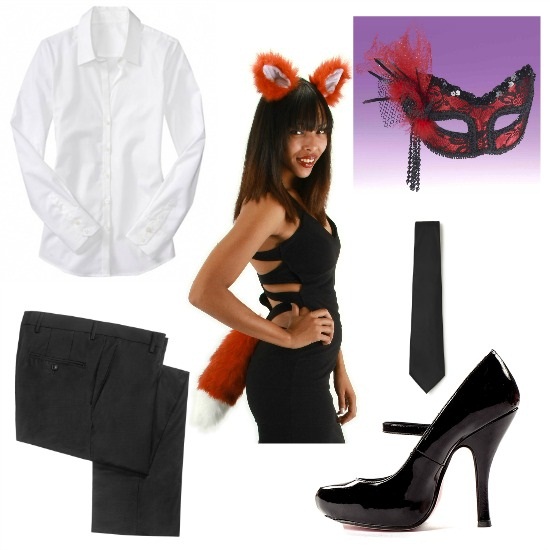 Any crisp white button-up will do, along with your favorite pair of black pants, provided they have some stretch in them. Why stretch? Because you're going to want to bust out your best fox dance moves, and your bottoms had better not restrict your ability to groove! 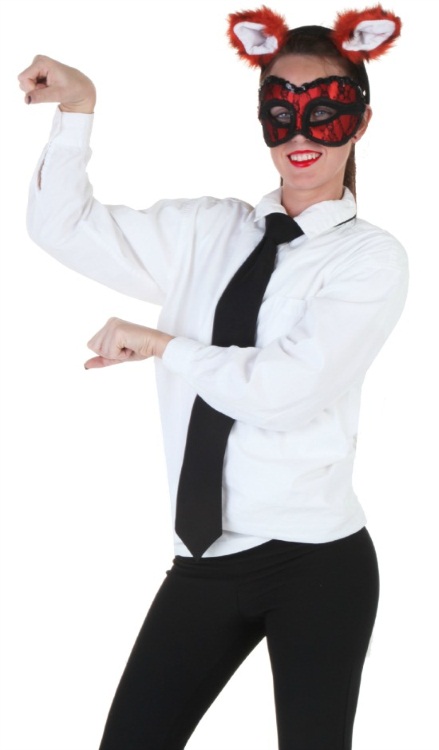 If you and your S.O. are the kind of fun-loving folks who would like to be the center of attention at your Halloween gala, this is one of THE best couples ideas of 2013! The video is full of funny ways for you to pose in photos, and you have built in catchphrases to spout off all night long! JACHA-CHACHA-CHACHA-CHOW! 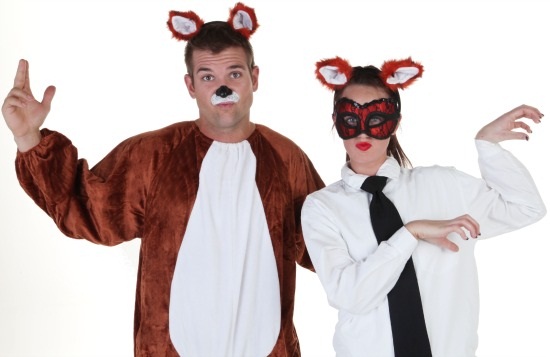 You can also use this couples costume as an opportunity to bond with each other:  Bet drinks and place over/under estimates on how many times people will ask you what the fox says throughout the evening. (Expert tip: It will be similar to the amount of times people say, "I FOUND HIM!" when you're dressed as Waldo--> A LOT.) 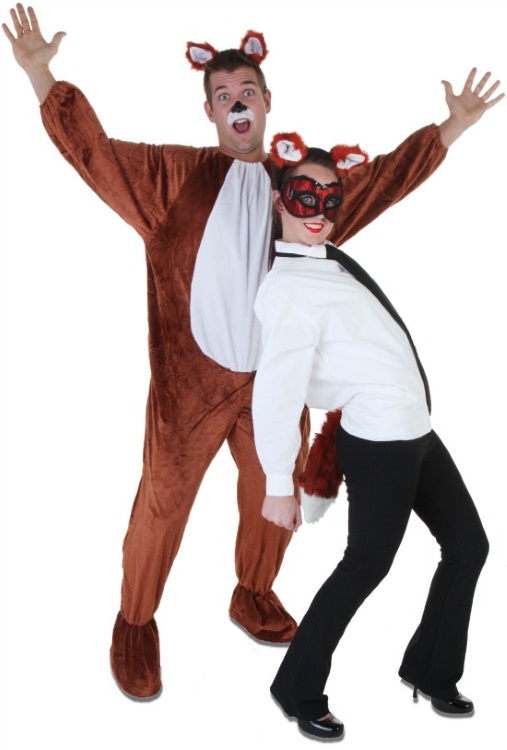 There are two male foxes featured in the song along with scores of foxy dancing ladies, so no need to keep this a costume for two. Grab a bunch of your buddies and make it a group affair! For any stinkers that just aren't into the fox scene, they can be the other animals mentioned in the vid. Feel free to browse all of our animal costumes for blubbing fish, tweeting birds, and squeaking mice aplenty!

Minute 1:52. Did anyone else catch this?! Maybe it's just because everyone at HalloweenCostumes.com is obsessed with these creepy horse masks, but this definitely caught our attention! If you're so inclined, feel free to snag one of our horse masks and a glass of your favorite chardonnay, and if anyone else at the party knows what your costume is you should befriend them. Immediately. If not sooner. 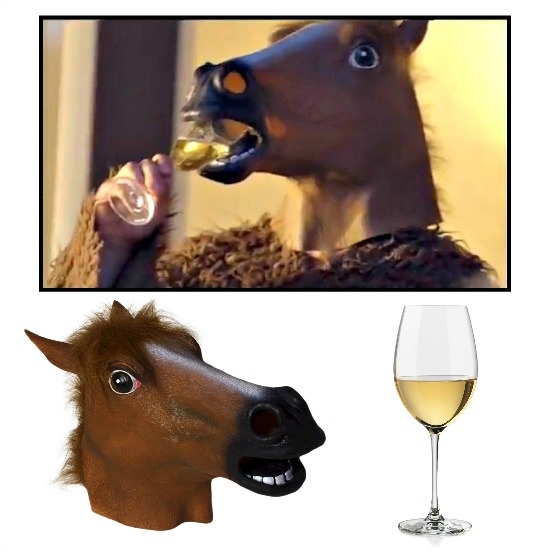 Just be sure you're fluent in mo-o-o-o-orse.