In Hollywood, pirate characters are predominately male. They are clever, defiant, and, most importantly, irresistibly gorgeous. Johnny Depp as "Jack Sparrow" is pretty much the epitome of this manly pirate hotness. On the rare occasion that a female pirate does show up in a movie, she is portrayed as one of two stereotypes: brute or vamp. We all know that Hollywood cares more about ticket sales than historical accuracy, so in this post I try to discover what women pirates actually looked like.

These are more common Hollywood-type images:

Historical pirate clothing for women is hard to find as there were only a few well-known women pirates, but this engraving by Captain Charles Johnsons from General History of Pyrates in 1725 is probably more accurate: 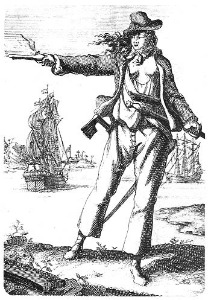 So what's my verdict? Women pirates were empowered and unwilling to conform to traditional gender roles. Their free spirits and rebellious natures probably made them irresistible. How can I tell? Pants didn't become socially acceptable for women until the 20th century. Most women of the 1700s looked like this: 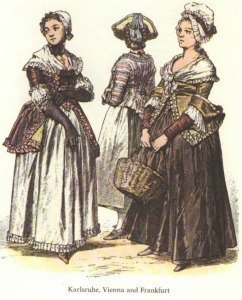 In conclusion, women pirates were awesome. I wanted to make this a more historical post, but it turns out other people tell the exciting life stories of female pirates much better than I ever could. Check them out to learn more: