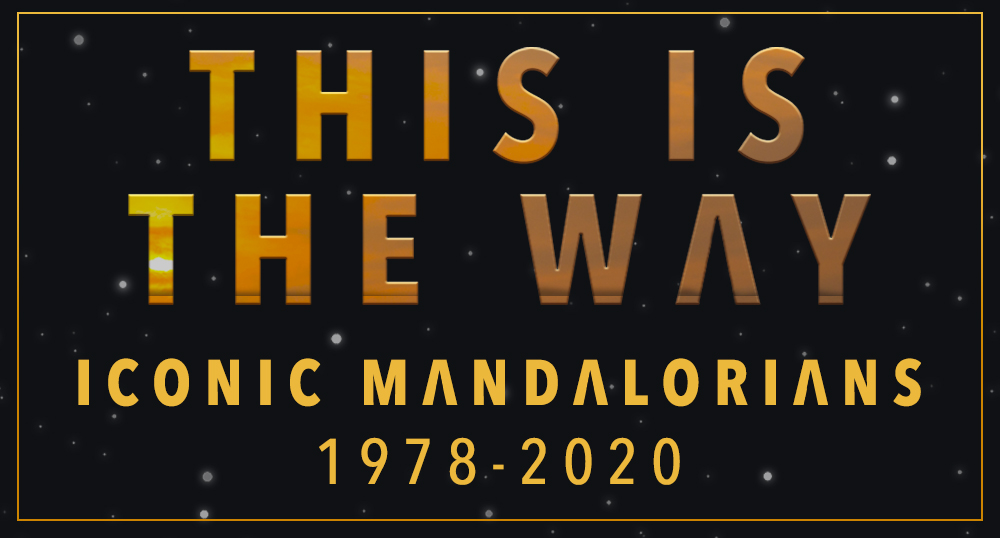 Boba Fett is one of the most iconic characters from the original Star Wars trilogy. He made an immediate impression on fans, even with an underwhelming debut in the Star Wars Holiday Special and only minutes of screentime in The Empire Strikes Back. Our interest in Boba Fett and the other Mandalorians only increased from there. We read about them in books and comics, watched them in the prequel trilogy and the animated series The Clone Wars and Rebels and now The Mandalorian.

Which means this a great time to look back at some of our favorite Mandalorian armor designs. We’ve already released a complete guide to Boba Fett, but we included him and Jango Fett because they’re classics. From there, we looked at designs from the animated series and then to The Mandalorian.

More Mandalorians in Canon and Legends

Tarre Vizsla is the first Mandalorian Jedi. He creates the Darksaber and becomes a leader of Mandalore.

Satine Kryze is sister to Bo-Katan Kryze and a leader of Mandalore before she is killed by Maul.

Shae Vizla, also known as Mandalore the Avenger, allied with the Sith Empire against the Jedi Order.

Maul becomes ruler of Mandalore after killing Pre Vizsla and Satine Kryze, though many Mandalorians fought against him.

Which Mandalorian design was your favorite? Do you have any predictions for season 2 of The Mandalorian? We want to hear about it in the comments! And while you're waiting, you can check out all of our Star Wars: The Mandalorian costumes, featuring Din Djarin's Beskar Armor suit and also several Baby Yoda/The Child/Grogu costumes!