Looney Tunes: The Blueprint to 90 Years of Antics [Infographic] 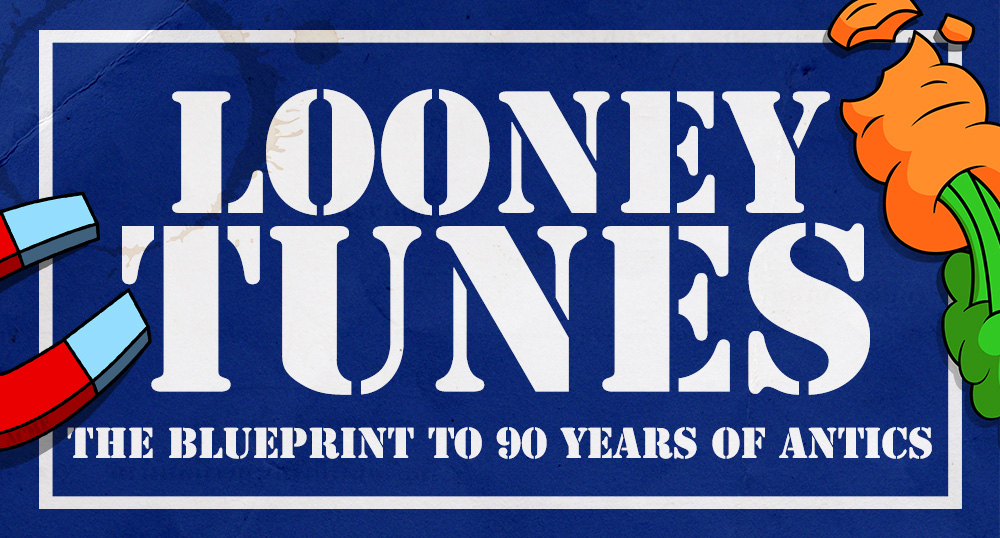 There are some cartoon characters that everyone knows, no matter how young or old they are—Mickey Mouse, Scooby-Doo, Snoopy, and of course, Bugs Bunny! Many of these popular animated characters have been around for decades, which is part of why they're so well-known. Well, what's all the hubbub, bub? it just so happens that 2020 marks the 90th anniversary of Looney Tunes! (At that point, you're going to have more candles than cake!) If you want to see what antics the Looney Tunes gang has been up to for almost the last century, keep reading to see our infographic below!

A lot can happen in a span of 90 years, as you're going to see very soon. Studios, directors and animators come and go, but their legacy lives on in their work, even today. You may also notice that there's some mention of Merrie Melodies along with Looney Tunes. Both cartoon series were made by Warner Bros., and they often dipped into the same pool of characters—so much so that the lines between the two shows became blurred enough that they were practically indistinguishable. In the same way that it's hard to choose between duck season and wabbit season, we'll be including elements of each cartoon. Without further ado, grab a helmet, buckle your ACME seatbelt and get ready for a wild ride into the world of Looney Tunes!

Looney Tunes: The Blueprint to 90 Years of Antics Transcription

It's hard to imagine life without Looney Tunes. After all, they turned 90 in 2020! Looney Tunes and its sister series Merrie Melodies brought us a cast of beloved cartoon characters that are still recognizable today: Bugs Bunny, Daffy Duck, Road Runner, Wile E. Coyote and more! The original cartoon shorts were produced from 1930 until 1969 by the likes of Chuck Jones, Tex Avery and many others. We're so glad to see the legacy continue with new cartoon episodes for future generations! Keep reading to see the major milestones made by Looney Tunes through the decades.

Looney Tunes and Merrie Melodies used to be considered separate "sister series", although they both often drew from the same sound library and pool of characters. Because they share so many similarities, we'll be including elements of both in this infographic.

We hope you enjoyed seeing some of what the Looney Tunes gang has been up to for the past 90 years! Did anything surprise you? Who were some of your favorite Looney Tunes characters? Are you planning on wearing a Looney Tunes costume for Halloween? Let us know how loony you are for Looney Tunes in the comments below! As you very well know, it would be highly improper for us to let you go without the proper sendoff. Th-th-th-that's all, folks!

Brady is a Graphic Designer at HalloweenCostumes.com who specializes in many things, from product design to illustration. He lives in the shadows and collects old Nintendo games, and would drink egg nog year-round if possible.