Taking the Perfect Family Halloween Photo [How to Halloween]

One of the best parts about Halloween is, of course, getting to dress up in costumes! It can be one of those fun family moments that you remember for years, along with other cherished holiday memories. After growing up and looking at our old Halloween photos, we realize that some of our parents could probably have used a few Halloween photo pointers. (Some of them are practically Tik Tok meme-worthy!) That is why we're going to give you a few tips, tricks and pointers to help you avoid Halloween photo pitfalls so your kids can be proud of their costume pictures.

And be sure to take a look at our "How to Halloween 2020" resource for some photo-worthy Halloween ideas! 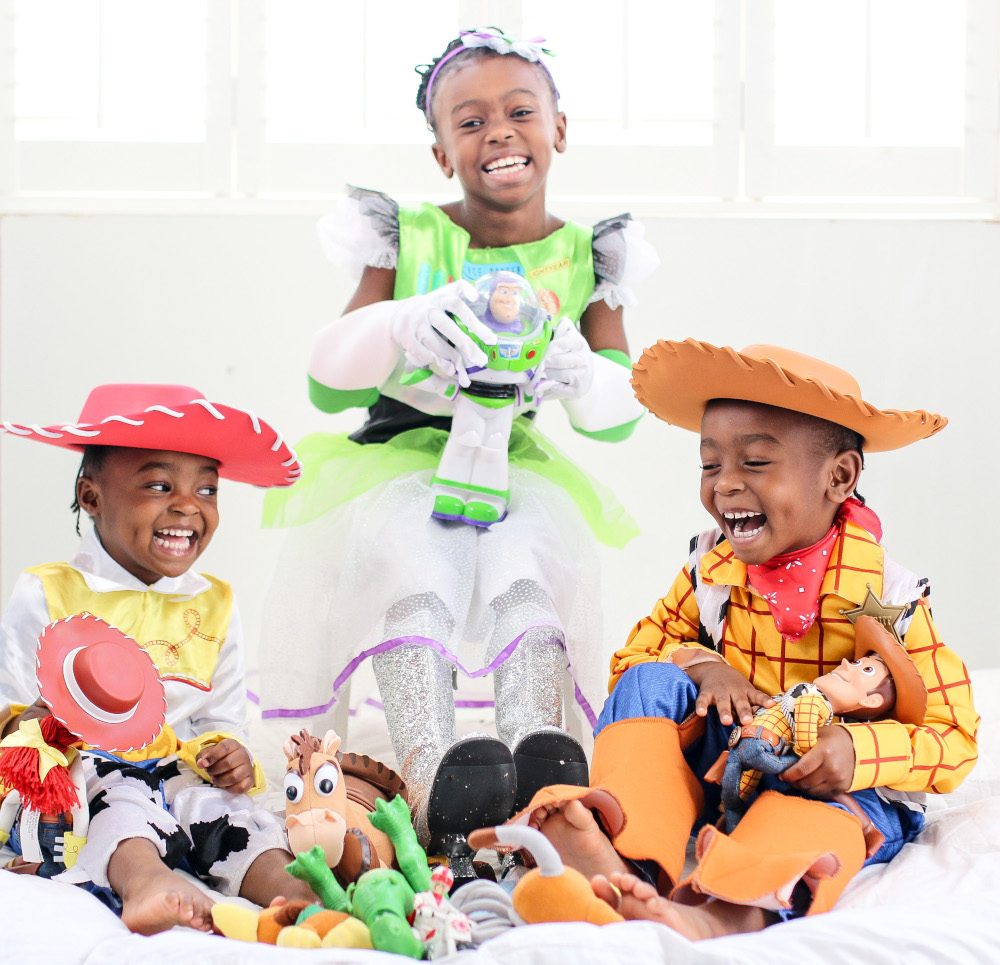 You're probably familiar with those dark, blurry Halloween photos where everyone's eyes are glowing like a radioactive mad scientist. You don't want that. If you can help it, try to avoid using flash photography altogether. Natural lighting is the best you can get without having specialty studio lights, so take the fam outside for a Halloween photo-op. You might be tempted to take some after-dark photos, but it's still best to work your magic during the daylight hours. Even smartphone photos will look top-notch when taken outdoors!

If your family members are too shy to take photos outside and in costume before Halloween, take your photos inside during peak daylight hours, and make sure to open all your curtains and blinds. Keep in mind that you'll want the sun angled behind your family so they're not all squinting, but also make sure it's out of the shot so no one has the halo effect. (We also recommend taking your photos before Halloween because your kids will be impatient and only have one thing in mind on October 31st: candy!) 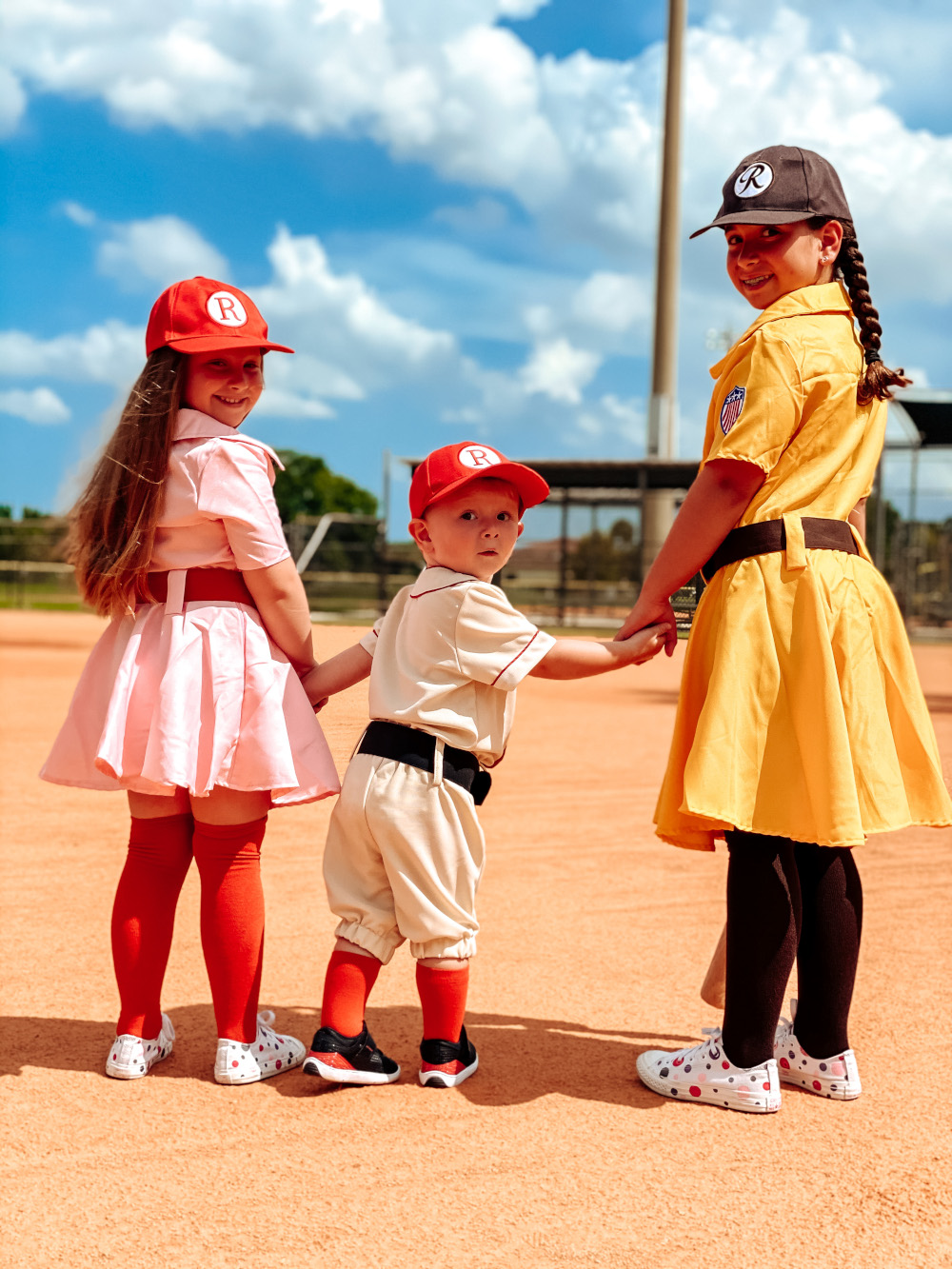 The setting for your Halloween photos—or any photos really—is just as important as having appropriate lighting. It's hard to imagine anything worse than taking a photo of your child in their costume and then realizing that someone tossed their briefs on the floor! If you have a nicely-decorated porch for Halloween, that would certainly make an excellent backdrop. Depending on the costumes, you might even be able to go to a park for some cute photos with trees or a pond or lake. Should your family still insist on indoor photos, make sure to check the area you plan to use for any items you don't want to include in the shot.

3. Snap Your Photos at the Correct Level 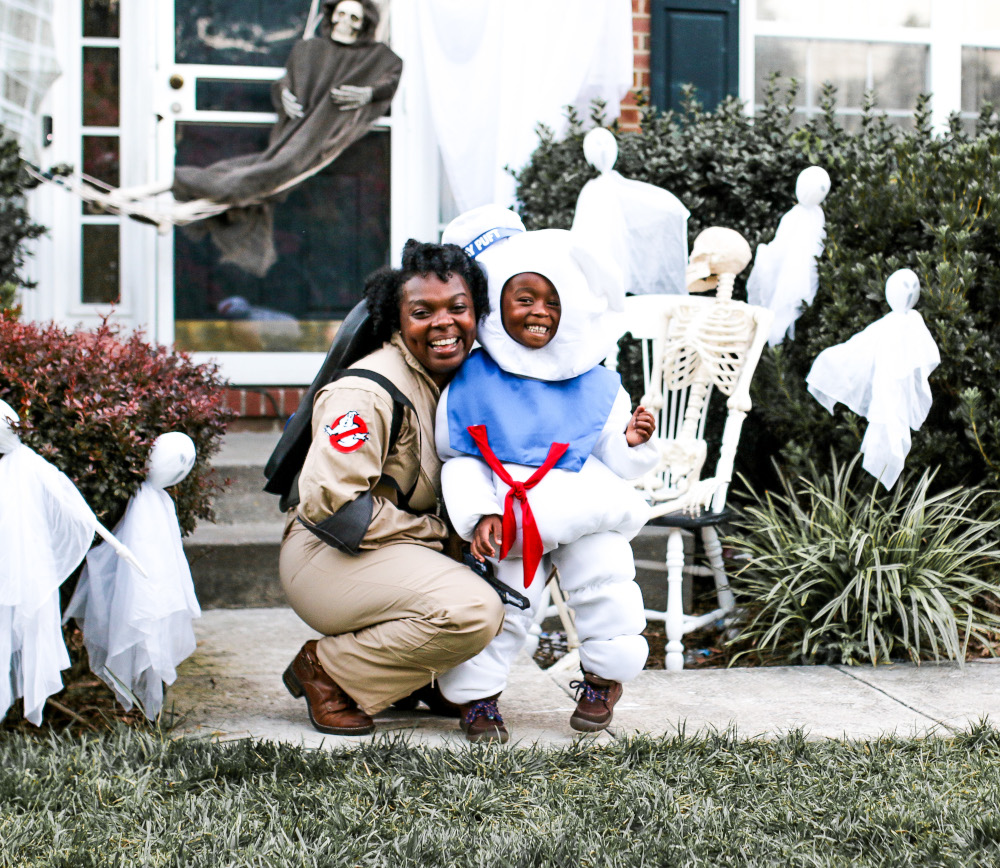 This tip is especially important if you're just snapping pics of the kids, but don't forget if adults are in the photo either! Should your subjects be closer to the ground, get down on their level as the photographer so your photos aren't awkwardly looming over the people in your images. (Unless you're going for a perspective shot, in which case, go for it!) You'll generally want to have your subjects' faces in or near the top 1/3 of your photo, but you can try other compositions if you pay attention to the rule of thirds. If you feel like there's too much space around the people in your photograph after taking it, you can always crop it to your liking later. However, there's no quick fix to add more background if it feels too crowded! 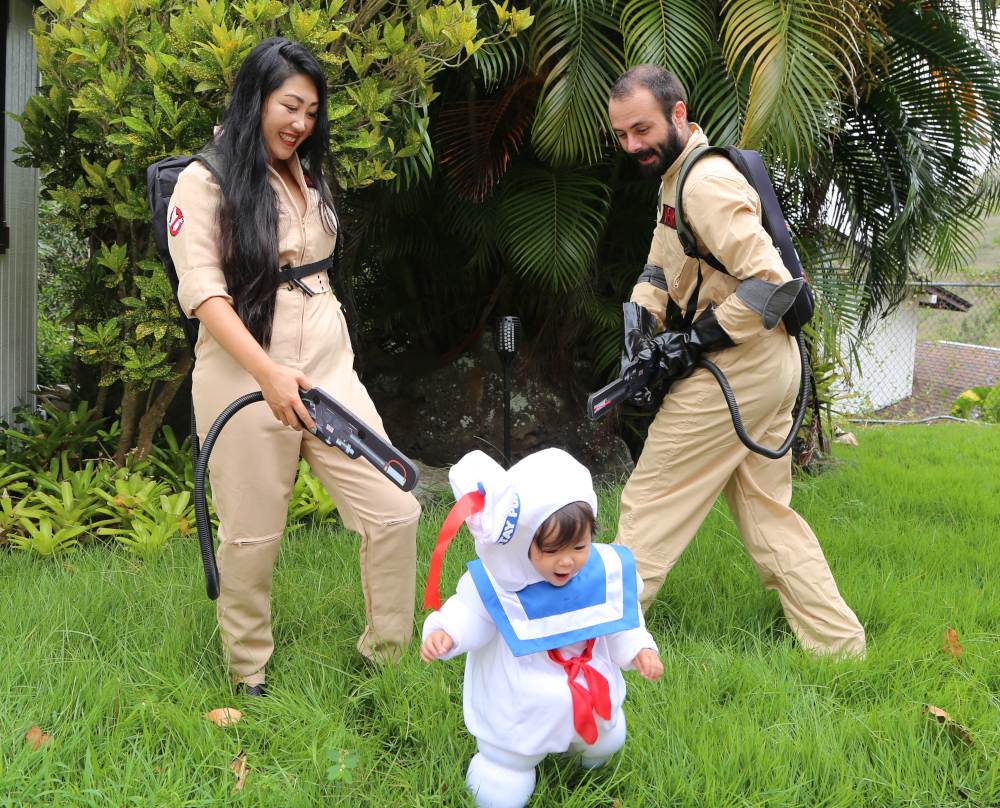 This step is one of the most fun parts—getting into character! Rather than milling around, try some poses that make sense for your character, animal or whatever costume you're wearing. (Don't ask us how to act like food costumes though. The jury's still out on that one!) If you're taking a large family photo with a variety of characters and costumes that could interact with each other, have a little fun and put yourselves in their shoes. Ghostbusters gotta bust and ghosts gotta...ghost? We're not sure where we were going with that, but some playful interaction in your photos is key!

5. Have Treats and Toys on Hand When Taking Pictures with Pets 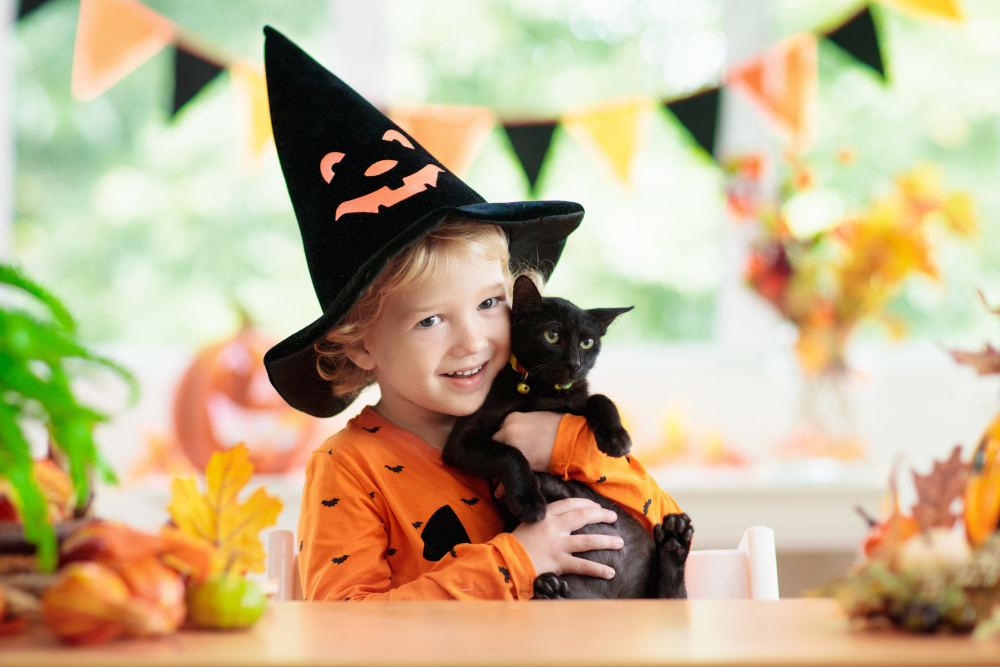 Pets aren't always the best at looking at the camera, or even in a camera-ish direction! Using treats or toys to gain their attention will help a lot if you plan to include your pet in your family Halloween photo. There's going to be a lot of patience involved in this, but the results are so rewarding! Don't forget to also reward your pet by letting them eat that treat you've been dangling in front of them and perhaps taking some time to play. 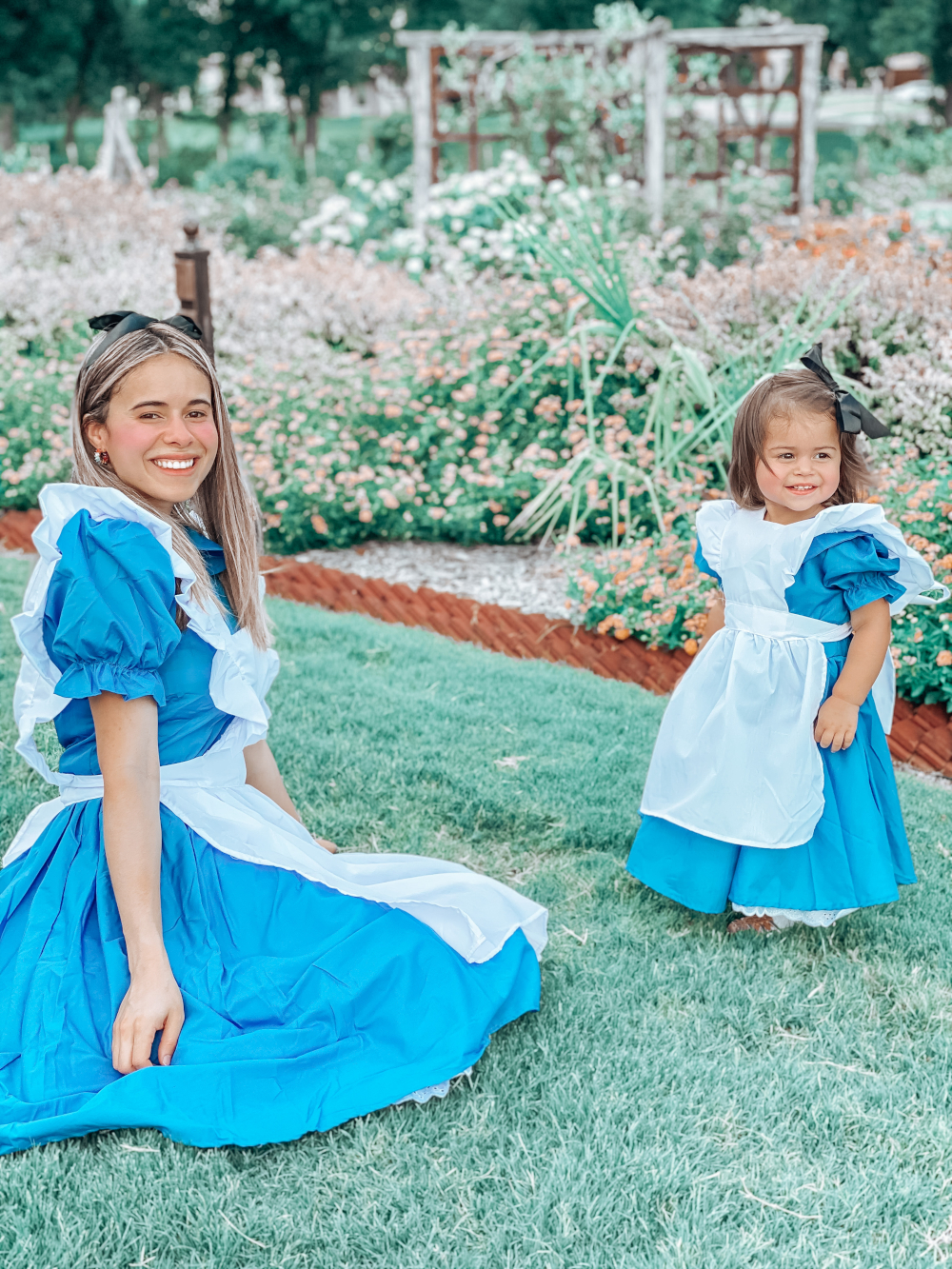 The technology is out there and it's absolutely affordable now, so it's hard to make excuses not to use it. (It's not cheating, we swear!) We're not talking magazine-levels of photoshop where you're removing all blemishes and changing the shape of peoples' bodies here. But if you can harness the power of sharpening your images a little so they're less fuzzy and increasing the brightness and colors so it feels like you could be in that scene once again, go for it! You even have the freedom to add photo filters, which work great if you're trying to make your Halloween photos feel like they're part of a fantasy world. There are so many free image editing tools for computers and phones, and even putting in that much more effort will make your holiday photos feel Instagram-ready.

7. Layer Your Subjects to Generate Interest 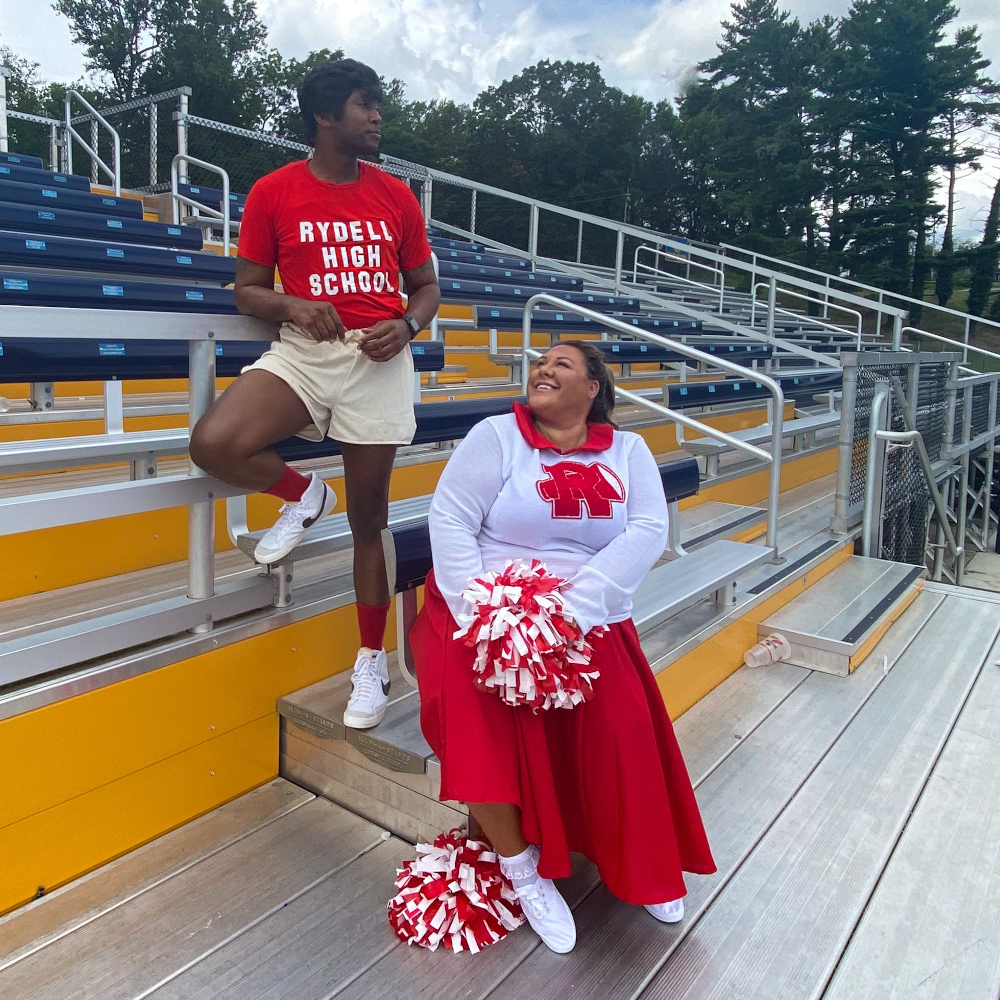 Having everyone stand next to each other on the ground is okay, but it's more interesting if you can break up the monotony by having people at different levels. Try picking up a small child, or let people kneel or stand on something to break the solid line of people standing next to each other and being all boring. If you place subjects of interest at different points in the photograph, it helps to direct the eye around your picture. This can be tricky to master, so try a few variations and just keep snapping pictures! 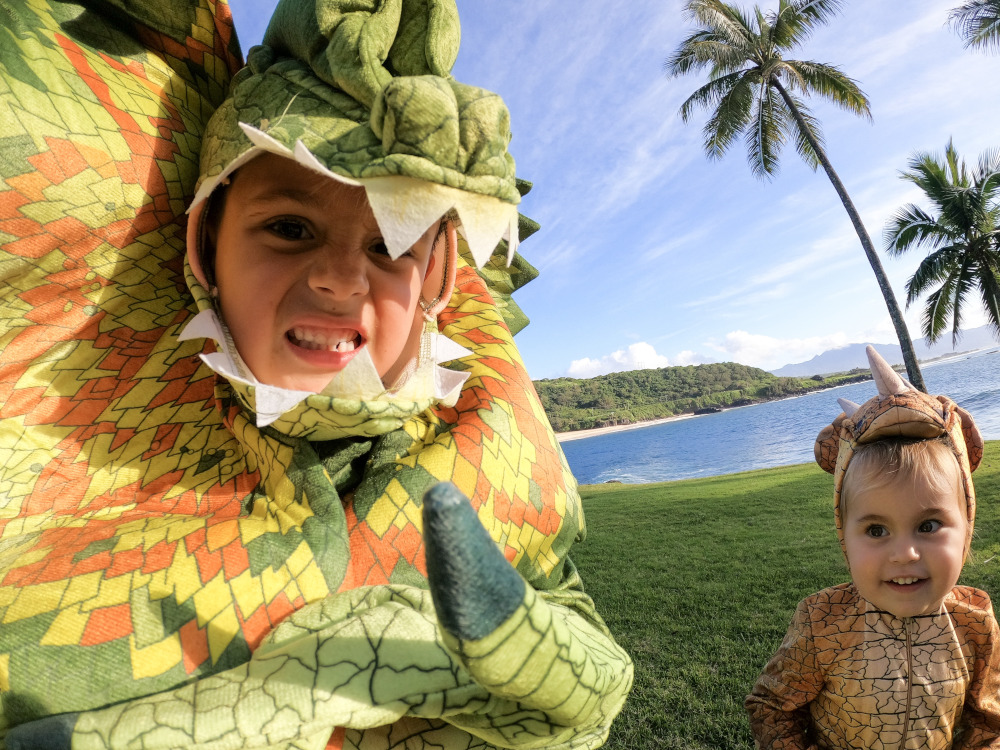 It's nice to have some pictures where you can see the entirety of everyone's costumes. However, don't be afraid to get in on the action and take some photos that are closer or farther away! They may feel silly, but when you look at these photos years later, you'll remember all the fun you and your kids had while wearing your Halloween costumes. Not everything needs to feel exceptionally polished! Sometimes, it's the fun pictures that we remember the fondest. 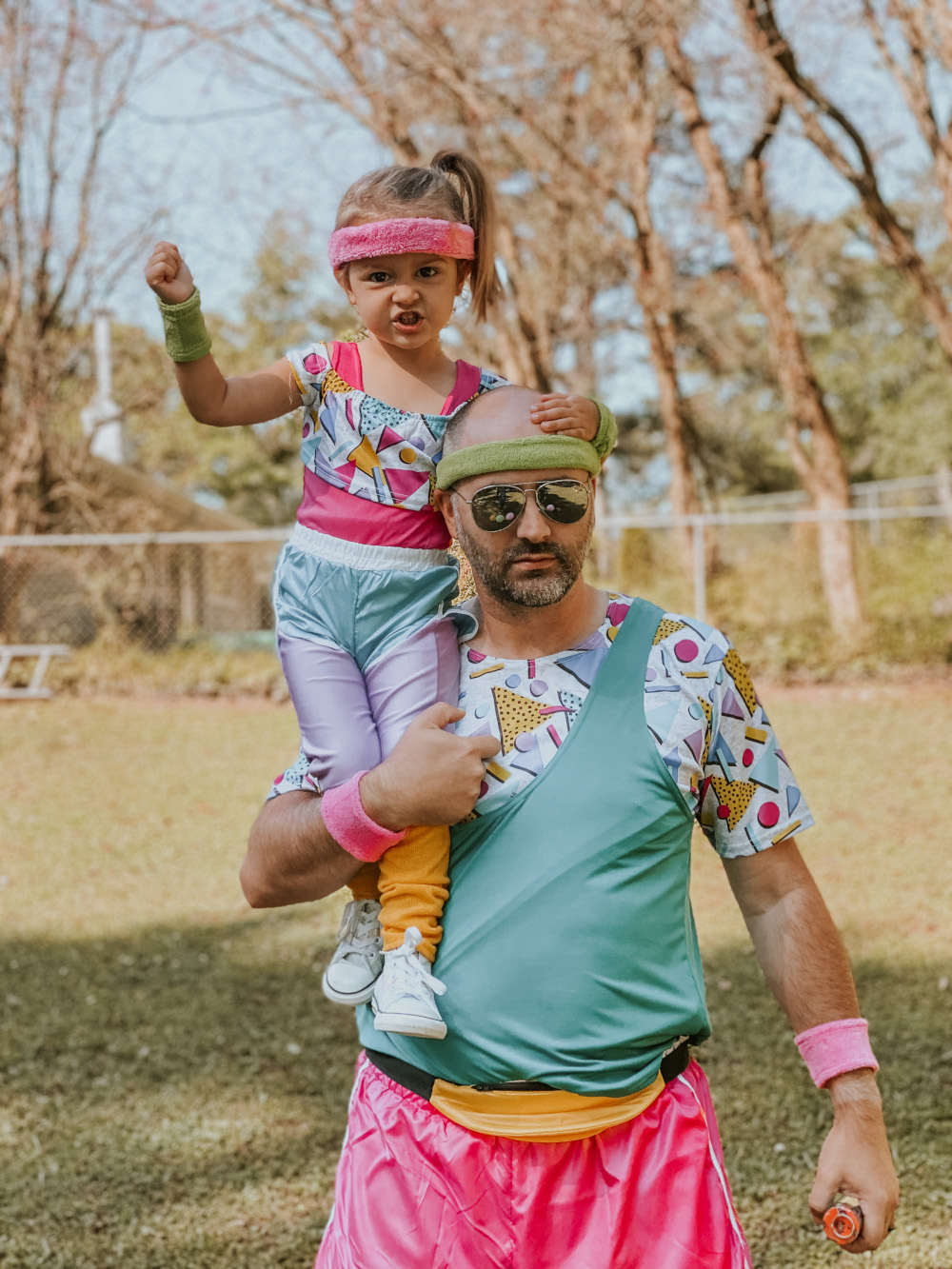 You know by now that kids don't sit still for long (or even short) periods of time, especially if you have multiple! Even the slightest of movements can appear blurry, so take a flurry of photos. You can always sort through them later for the best shots, but sometimes you'll get that gem that didn't blur and captured some of the spontaneity of your fam. Shots like these will be worth deleting half (or more)of the pictures you took!

We hope you have fun taking your Halloween family pictures! Have you tried any of these techniques before? What seems to work for you? Feel free to share your expertise and experiences with us in the comments below! Just like any other art, there are always new trends and ideas to try.