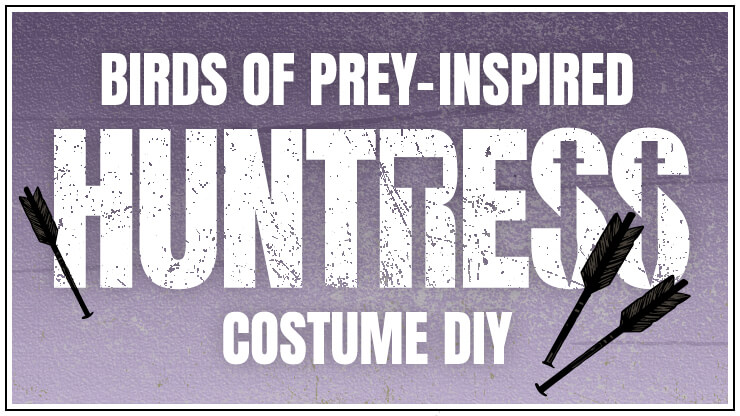 Harley Quinn has long been the queen of the convention scene, especially for the ladies. However, Birds of Prey is an exciting movie for female superhero and movie costume enthusiasts. Not only is Harley Quinn in the film (with a number of new outfits, we might add), but she's surrounded by an entourage of sharply dressed ladies. Group costume opportunity with the gal pals, anyone? If you're looking to add Helena Bertinelli—the most prominent Huntress alter-ego—to your costume crew, we'll show you an easy no-sew DIY costume idea for Huntress.

Who Is DC Comic's Huntress? 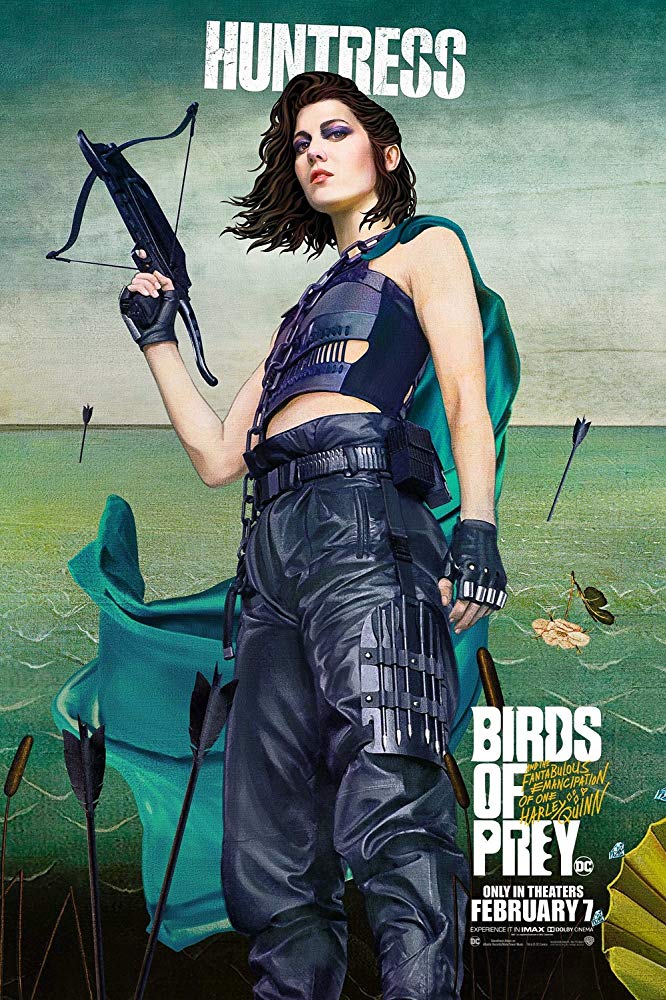 The Birds of Prey movie's Huntress, Helena Bertinelli, is not the first character to take up that mantle. She is the third Huntress, after Paula Brooks and Helena Wayne, though Bertinelli is arguably the most popular. Born into a Mafia family in Gotham City, she witnessed her parents being assassinated, which led her to become a vigilante. While Huntress was not born with any superpowers, she is very skilled in marksmanship, hand-to-hand combat and gymnastics.

Products You Need For Your Huntress Cosplay Costume

One of the key elements to Huntress is her crossbow. Whether you're wearing a Huntress costume for Halloween or cosplay, we highly recommend a toy crossbow accessory. (People generally frown upon having real weapons out in public!) Make sure to check out all the laws in your area before you paint your crossbow, as you may need to leave some parts orange to indicate that it isn't a real weapon. For this DIY cosplay, we used the gloves, a utility belt, knee pads and a cropped vest from the fighting soldier costume, pants from the women's cop costume, a pair of black women's combat boots and a fake chain accessory. 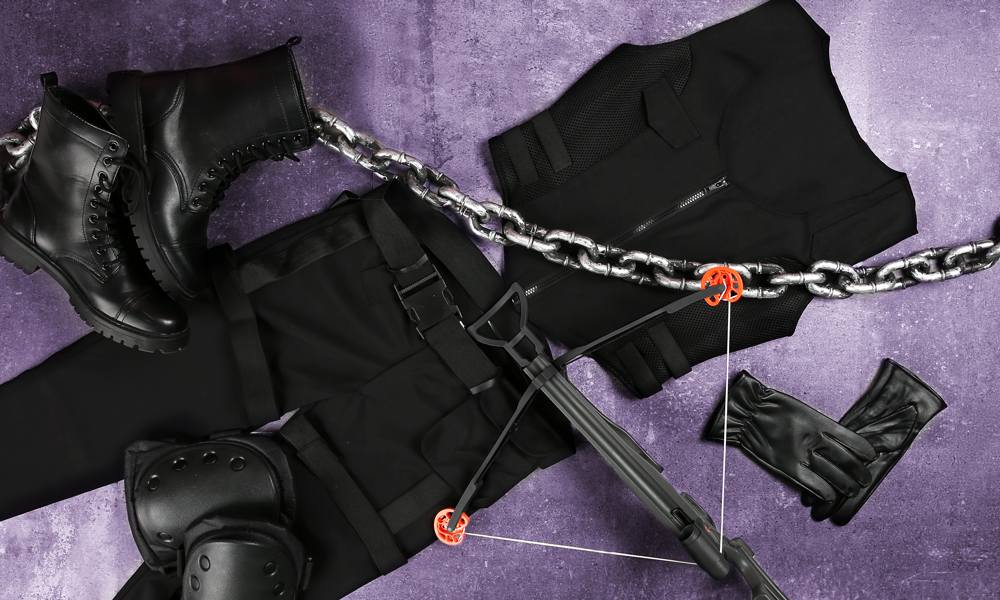 You can alter the top with scissors and fabric paint if you wish in order to make it more screen-accurate, but even with no alteration, this costume has all the Huntress vibes. (Ladies need to have more than one outfit, after all!) Huntress wears the large chain over her left shoulder, which can easily be cut to the length that you need and secured in a loop with a black or gray zip tie. If you don't happen to have dark brown or black hair, you might want to find an appropriate costume wig to pair with your Huntress outfit.

We hope you enjoyed our Huntress Costume DIY! Whether you follow this guide to the letter or you get the accessories you need and put your own spin onto it, we hope you have fun wearing your new Huntress costume. Are you looking for comic convention cosplay ideas? Were you planning on wearing your Huntress costume for Halloween? Let us know all about it in the comments. If you're looking for more superhero costume ideas, you'll want to check out our other comic book character costumes.