The Nightmare Before Christmas Makeup Tutorial 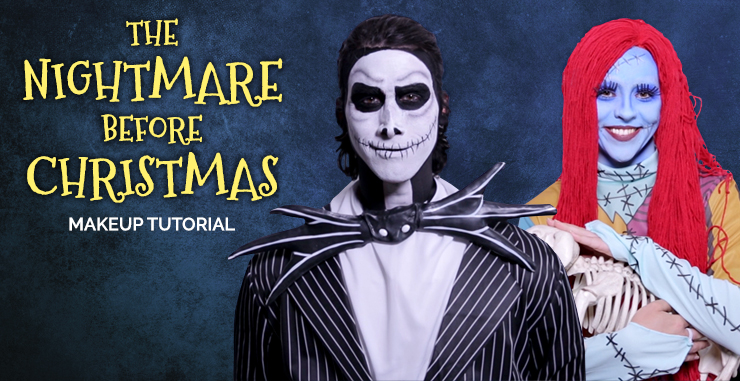 "Just because I cannot see it, doesn’t mean I can’t believe it!" Although Jack and Sally live in scary Halloween Town, they have a love that has endured. If you happen to look up to this classic Halloween couple for your relationship goals, you’re probably also interested in dressing like Jack and Sally for your couples Halloween costume! However, if you want to truly embody these Nightmare Before Christmas characters, you might consider using some makeup in order to complete the look. Check out this Nightmare Before Christmas makeup tutorial so you can truly capture the magic of Jack and Sally!

Being the Pumpkin King of Halloween Town can be hard. Performing the same routine year after year, never anything new. Sure, you are the king but kings get lonely, too. Jack took an adventure and stumbled to Christmas Town, it's time to take an adventure yourself and go to Halloween Town replacing Jack. You'll get to order the town around and party with Oogie Boogie, what could be better? Just watch out for Lock, Shock and Barrel's trick-or-treating mischievousness. For those that don't like wearing a mask we've got the makeup tutorial to help turn you into Jack Skellington.

Using a white face paint, paint a long, skinny line along the center of your neck, and paint the exterior black. Using black, extend your nostrils up, and to a point. Draw your stitch lines out from the corners of your mouth, and create your stitch path mark.

Using black eyeshadow, add some dimension around your eye sockets, across the bridge of your nose and down your neck. Throw on your costume, and you're good to go! 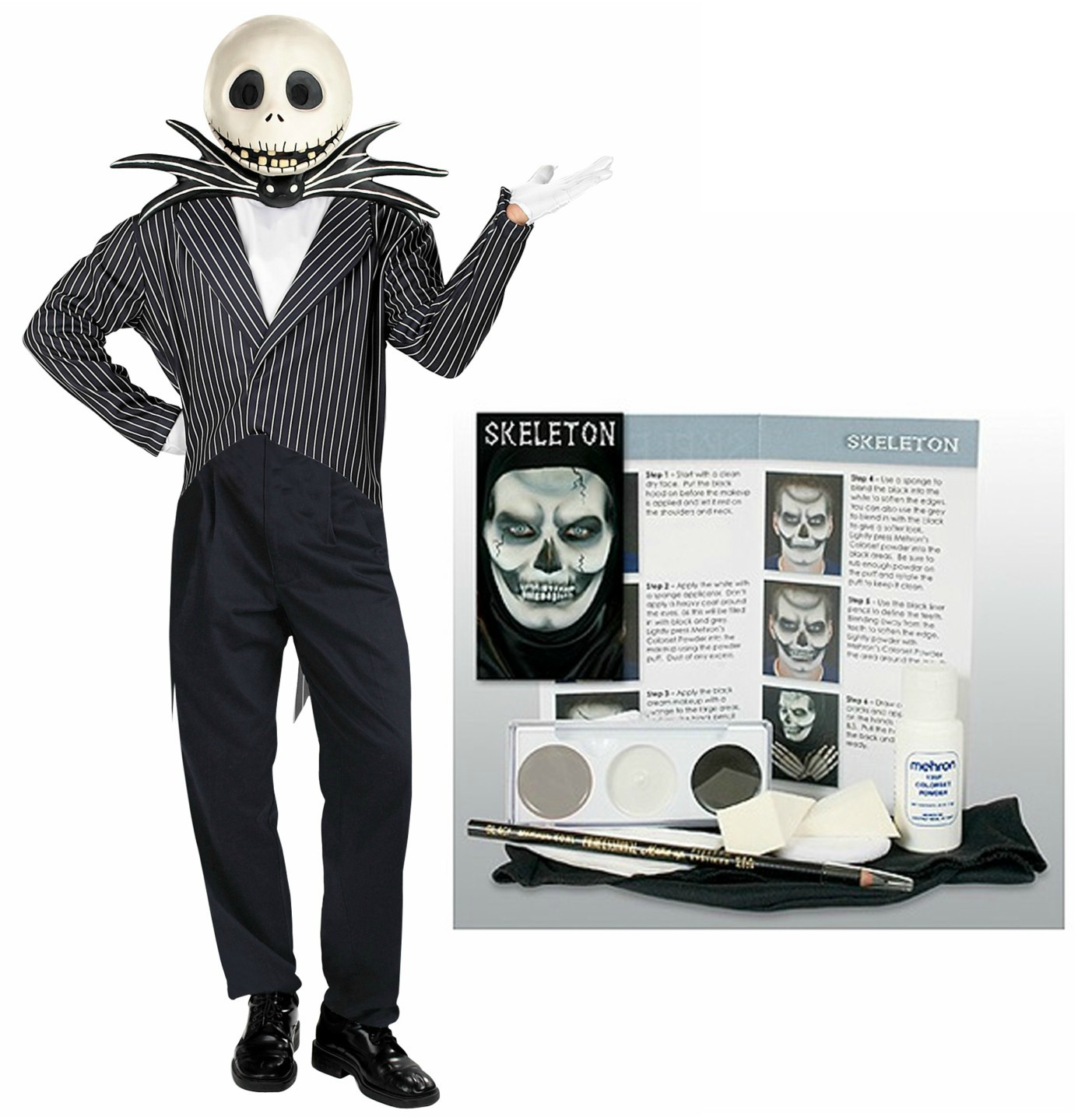 For those that don't want to wear a mask all night and are going to give this makeup a try here's what you'll need. We used a Mehron Skeleton Makeup Kit, white and black liquid liner and grey eye shadow. To finish the look off we set it with translucent powder, you don't want Jack melting in the middle of the night, do you?

Move over Raggedy Ann, Sally is coming to town. But wait, grab our your nightshade, because you'll need it to sneak past Doctor Finkelstein to join the Halloween party though. Just make sure you add a lot of frog's breath so he won't get suspicious. Sally from The Nightmare Before Christmas makeup is simple with this makeup tutorial. You'll be ready to go save your Jack from ruining Christmas in no time.

Sally doesn't have any eyebrows, so if you have prominent brows, we'll want to cover those. You can do this with a gluestick, pressed powder, and concealer.

Paint a deep red lip. Using black eyeshadow, create the lines of your stitches. One diagonally across the forehead, and one on either side of your mouth in a smile shape. Make your stitch hash marks.

To make your eyes appear larger, apply a white to your water line. Use that same white to give your stitches some dimension.

One of the more prominent features on Sally's face is her big, spiky eyelash. Create the look easily with some scissors and black construction paper. Apply with some eyelash glue. Top with your wig, grab your favorite pet, and you're ready to go! 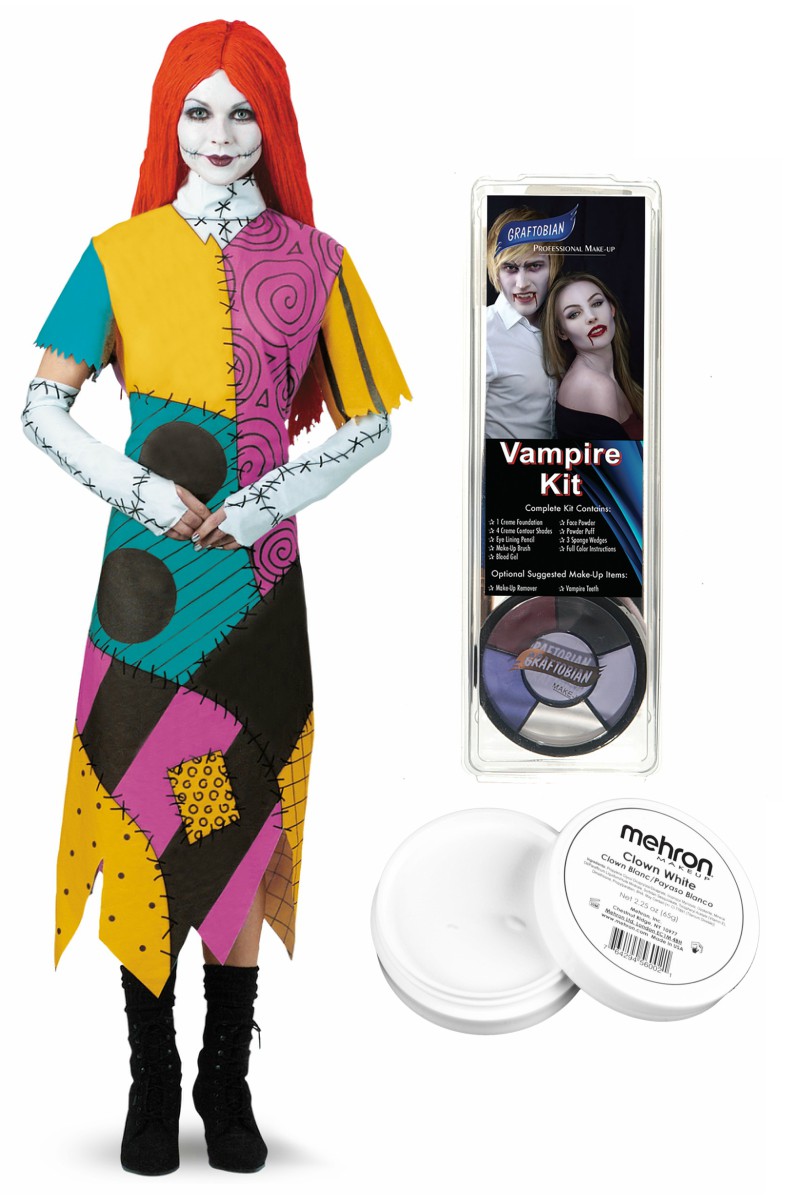 Becoming Sally doesn't take much, no dead leaves required here. Grab yourself a Sally Costume and a few basic makeup things and your set. We used the Graftobian Vampire Makeup Kit, Mehron White Makeup, some blue and purple eyeshadows for contouring, dark lip liner and a white jumbo cream pencil. For the eyelashes we used black construction paper.

Well is Halloween Town calling your name? We know it's calling ours. If you do give Jack Skellington and Sally a try this year let us know how it goes in the comments. Check other Jack and Sally costumes to get the one that's right for you.