Alright, let’s play a fun game! Imagine who or what your favorite Disney Princesses would go as for Halloween. Did you picture any Disney princess characters from a Tarantino film? No? Well, it’s the 25th anniversary of Reservoir Dogs this year, so we’ve got those movies on the mind. And so we thought it would be interesting to mashup Disney Princesses with Tarantino characters.

No, seriously. There are some great parallels! Picture Snow White dancing like Mia Wallace in Pulp Fiction. Or Aurora waking up as Beatrix Kiddo in Kill Bill. It makes for some great contrasts, too. These are characters with character, if you know what we mean. And “personality goes a long way”, right? Enough with gabbing about the concept, let’s take a look at the artwork! 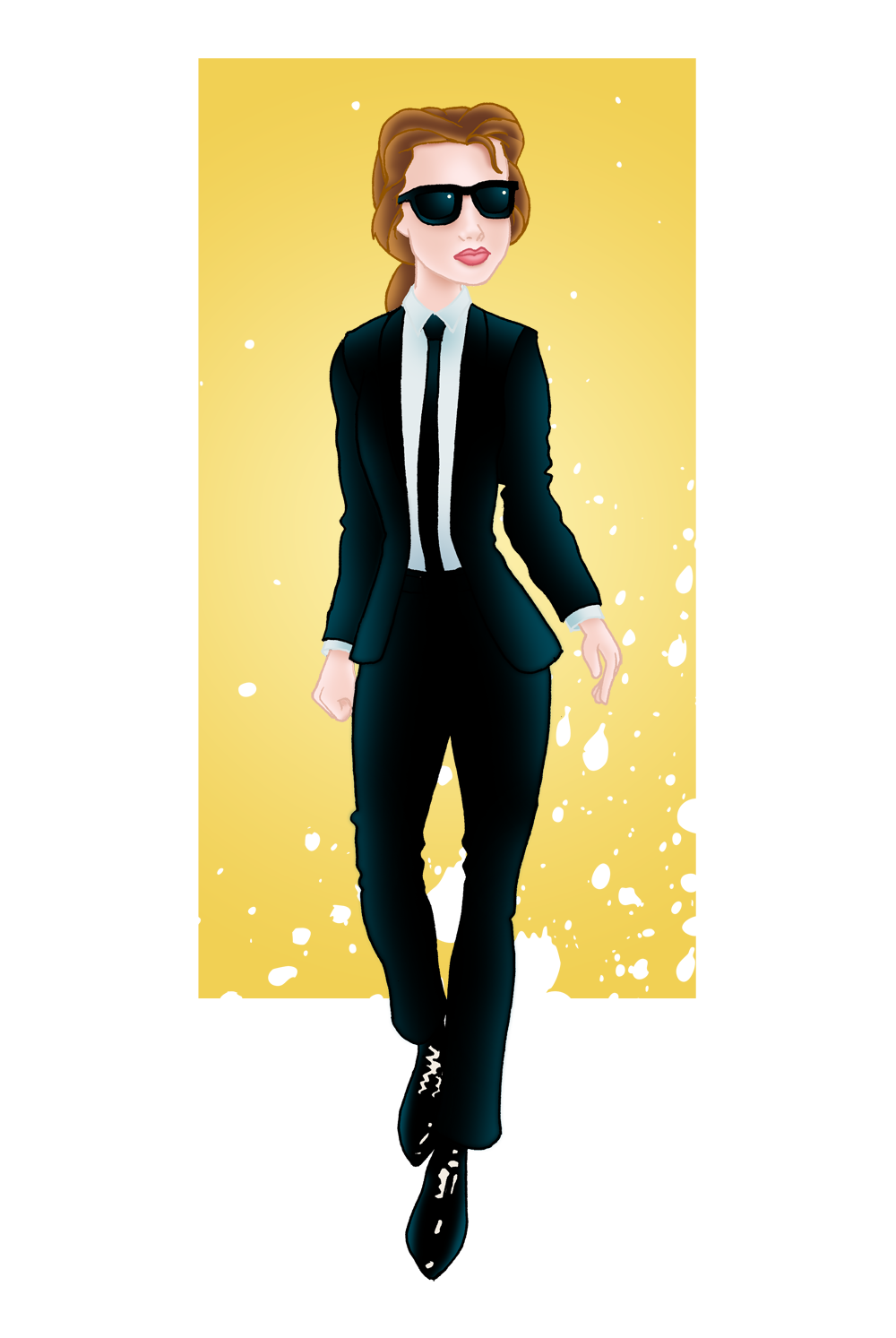 "We're together now. Everything's going to be fine. You'll see!"

Belle's a bit of a rebel and knows what it's like to be trapped, so we thought she'd fit in with the cast of Reservoir Dogs. She certainly would have added a new layer of complexity to the plot. But the real question is: how do you think Belle feels about tipping? 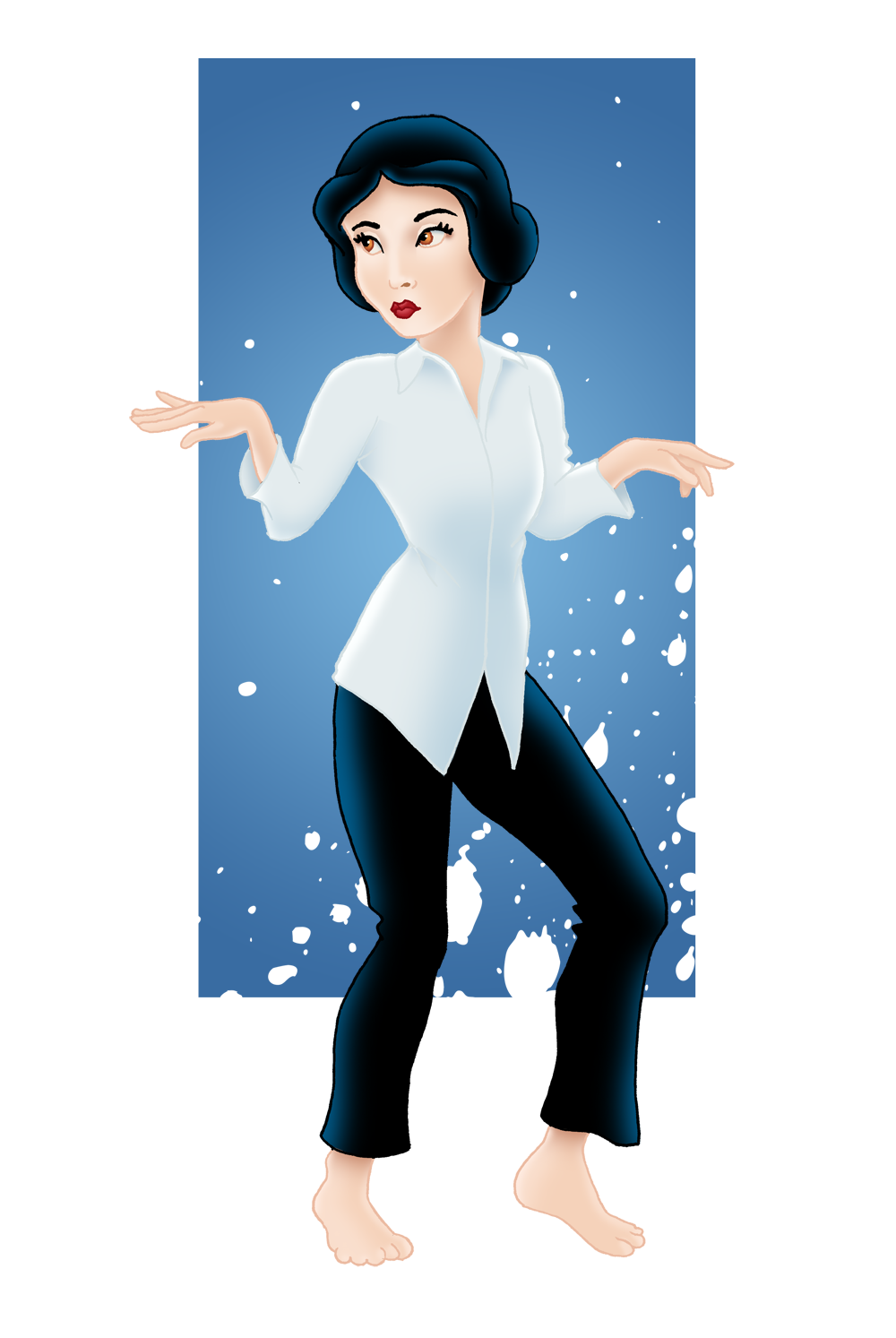 "Anyone could see that the Prince was charming/The only one for me./Was he strong and handsome?/Was he big and tall?/There's nobody like him anywhere at all."

It's easy to think that Snow White and Mia Wallace would have nothing in common. But they're both captivating dancers with endless charm, eager to escape their drab life. They're both poisoned—in a way—resulting in a near-death experience, although their awakenings couldn't have been different! 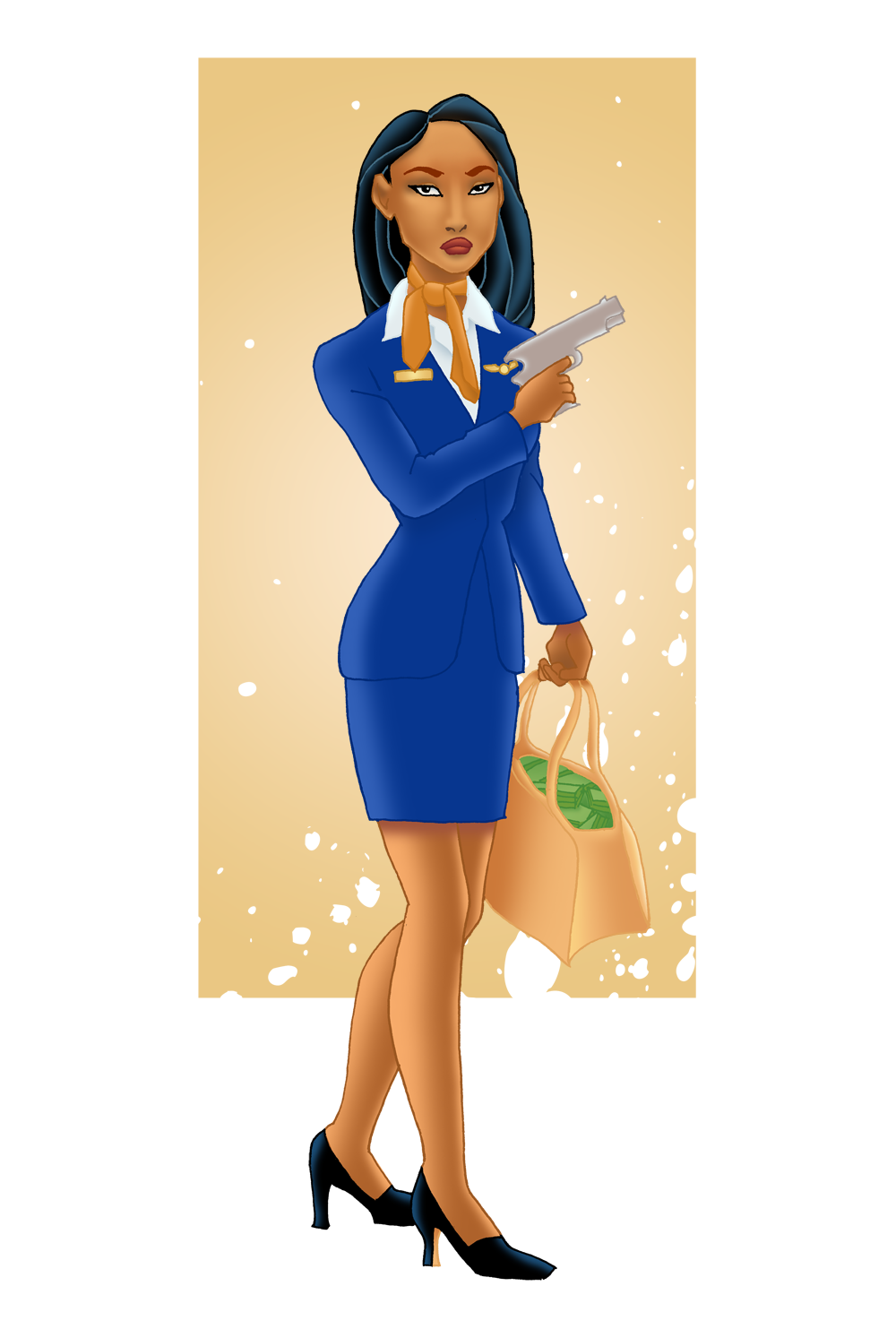 "She goes wherever the wind takes her."

Pocahantas and Jackie Brown are about people from two different worlds meeting and falling in love, despite everything going on around them. There are ambushes, plots that go awry, and people flying among the clouds. (Okay, that last one's a stretch.) Both have atypical endings for love movies, as one of the characters leaves while the other watches. 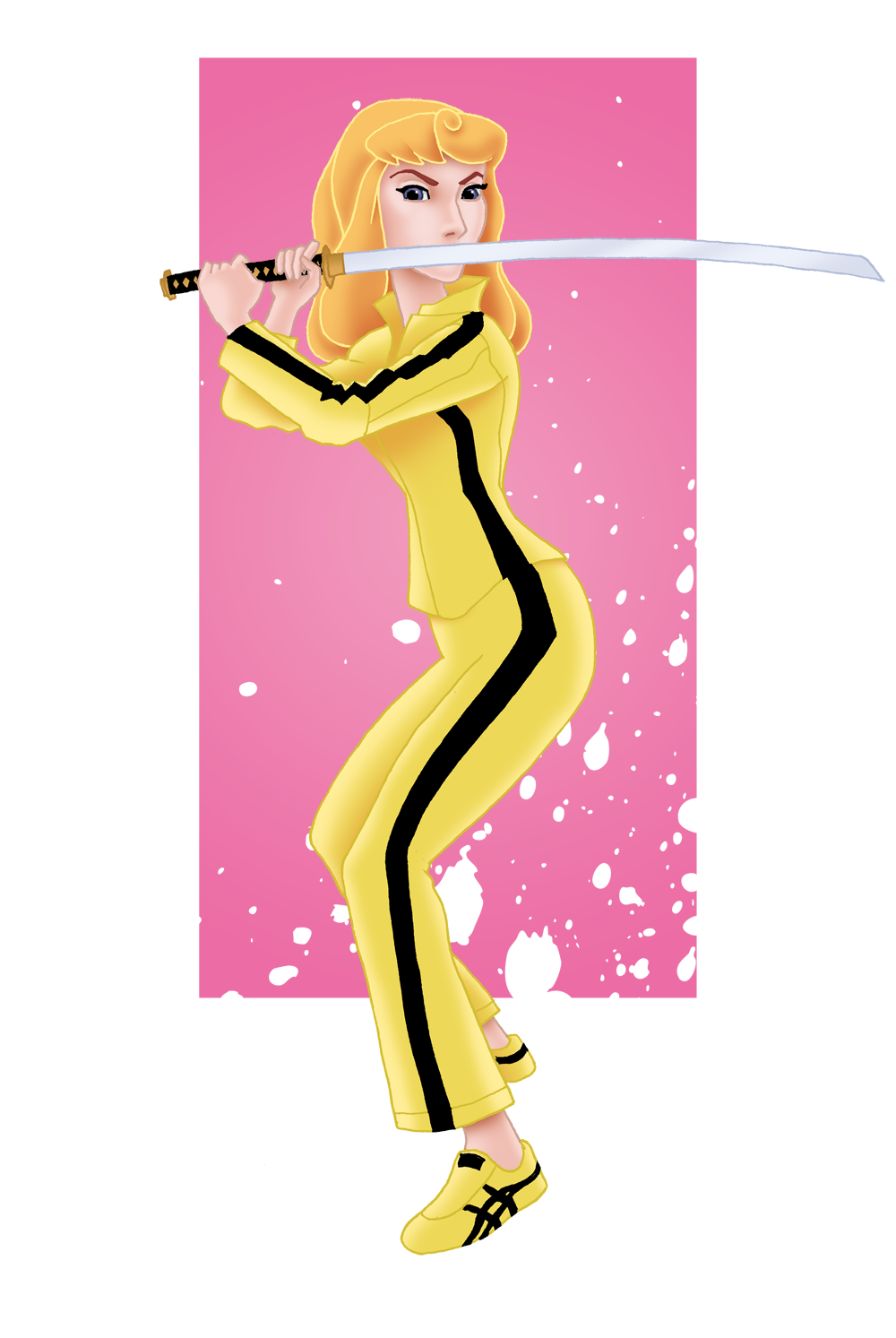 Sleeping Beauty and Kill Bill both involve slumbering women and quasi-magical swords, but otherwise their plots are quite different. The Disney film builds to a wedding and a "happily ever after ending" while Tarantino's plot begins with the wedding—at least in chronological order—and the ending is more ambiguous. But we can't help but think that Aurora's story would have been different if she'd known the Five Point Palm Exploding Heart Technique. 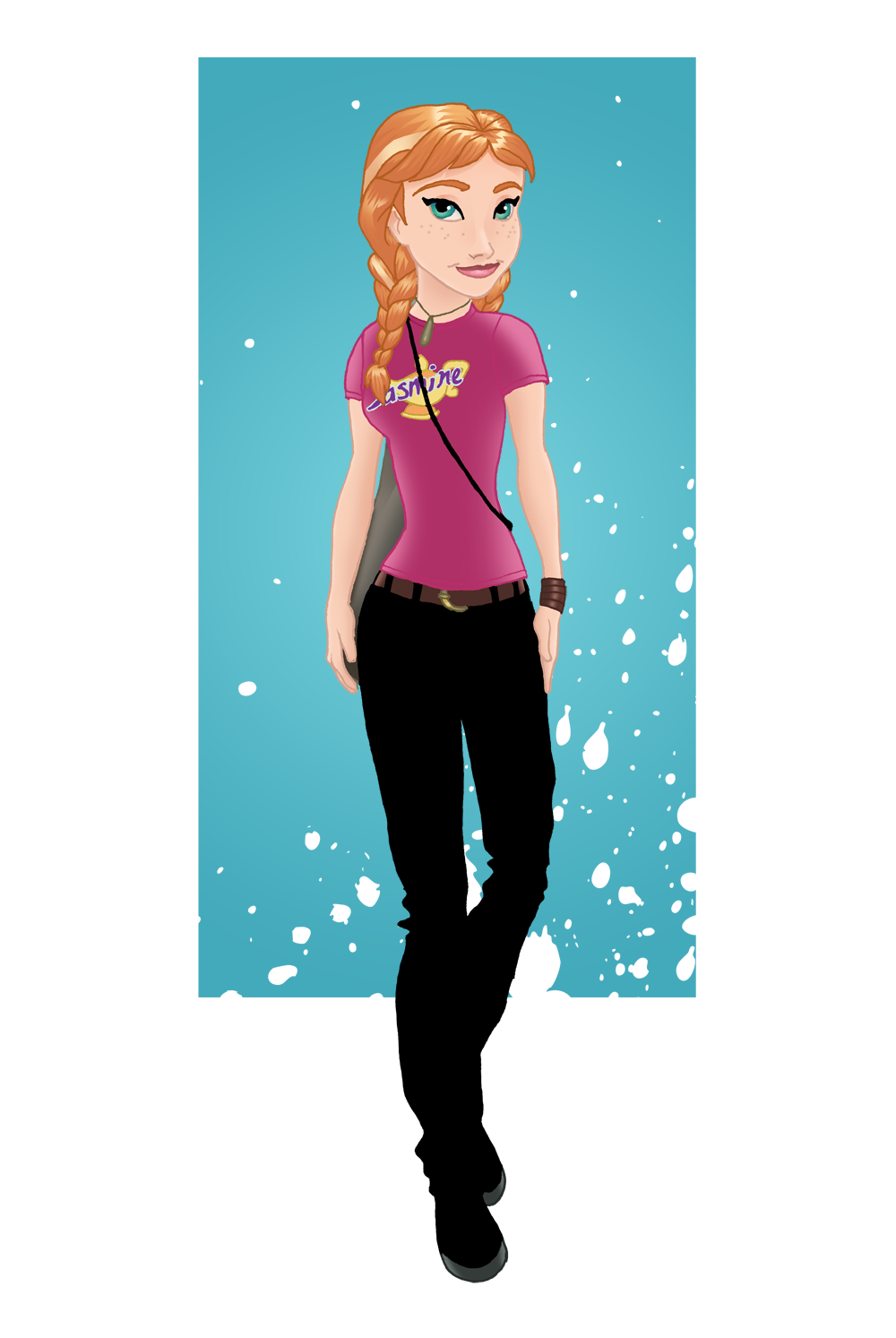 "What? I just fell off a cliff. You should see your hair."

At its heart, Frozen is a story about friendship and sisterhood, plus eventual triumph over some creepy dude. Death Proof is the same. Plus each movie includes a cool car/sled crash. Now Frozen is a fun movie, but we think Kristoff could use a souped-up muscle sled for cruising around Arendelle. 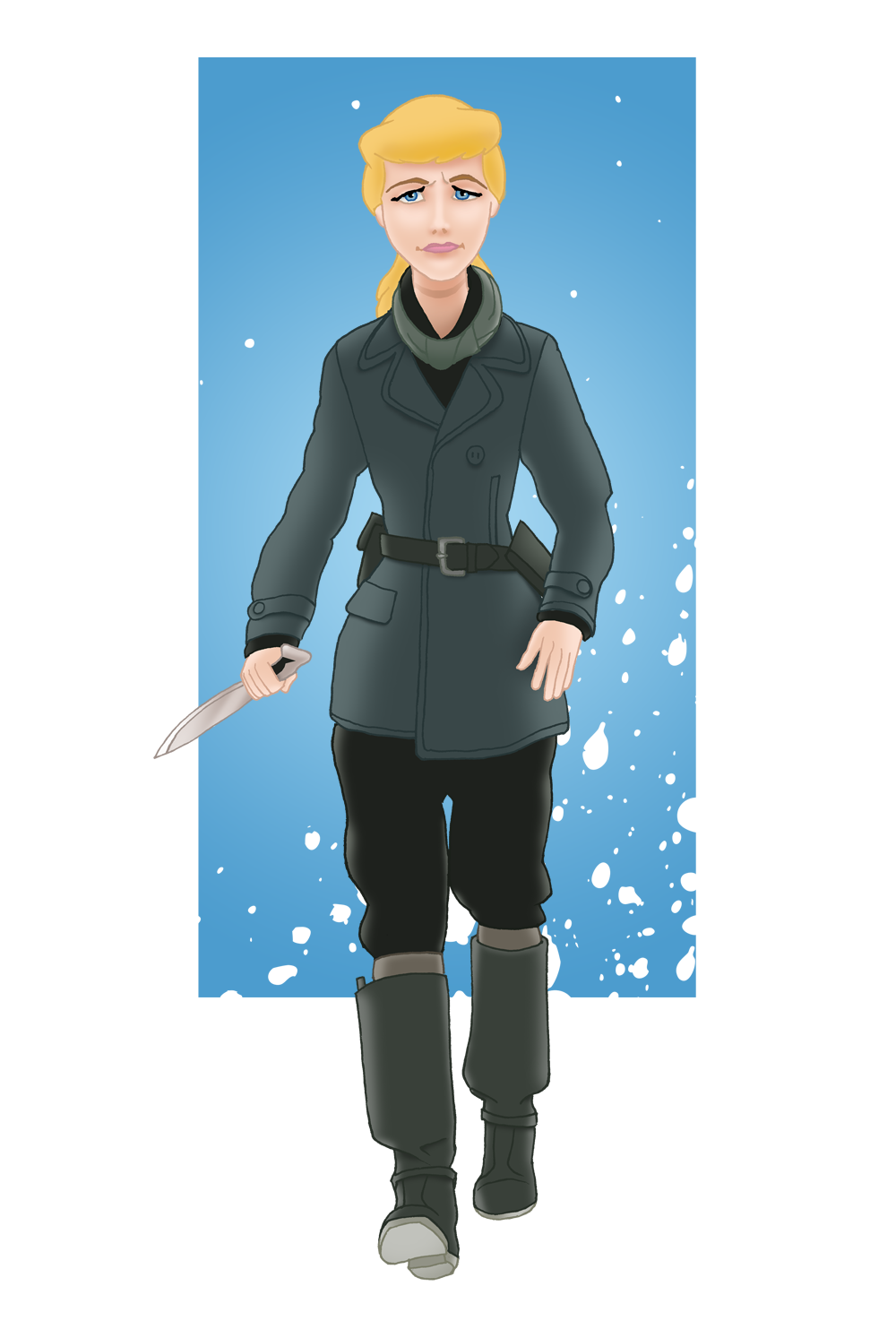 "Chasing Lucifer? Catch him this time?"

Alright, so you might think that Cinderella and Inglourious Basterds aren't that similar. But at the core of both films you have subterfuge, characters pretending to be people they're not, driving the plot forward. Plus we have to say that we loved picturing Cinderella as Aldo Raine! 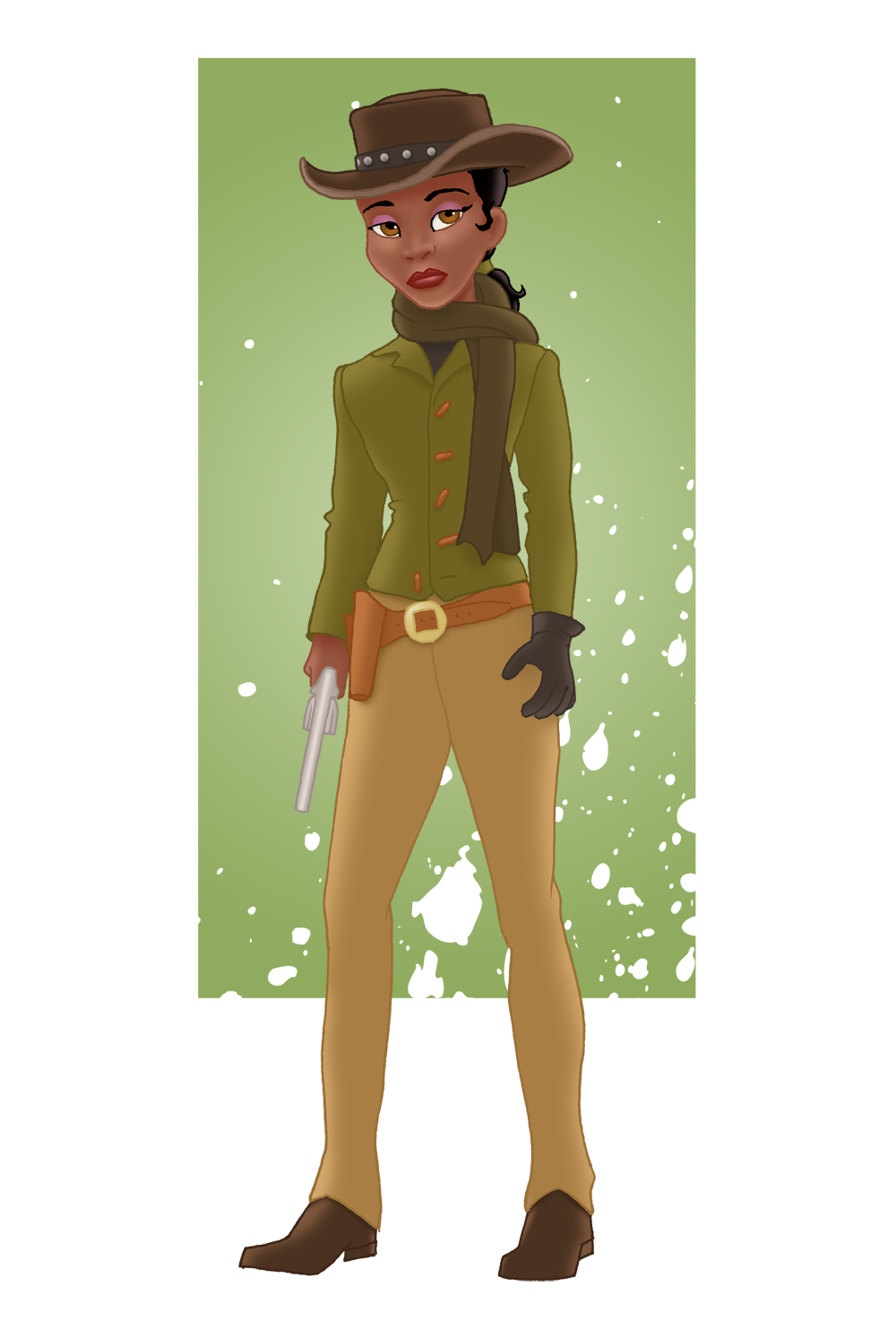 "The only way to get what you want in this world is through hard work."

The Princess and the Frog is a tale featuring the would-be chef Tiana and a prince and some magic that turns people into frogs. Django Unchained is about the former slave Django attempting to free his wife. Yet both are complex love stories with protagonists fighting through terrible, discriminatory conditions, willing to do anything for true love. We thought the characters made an interesting mashup.

Elsa in The Hateful Eight 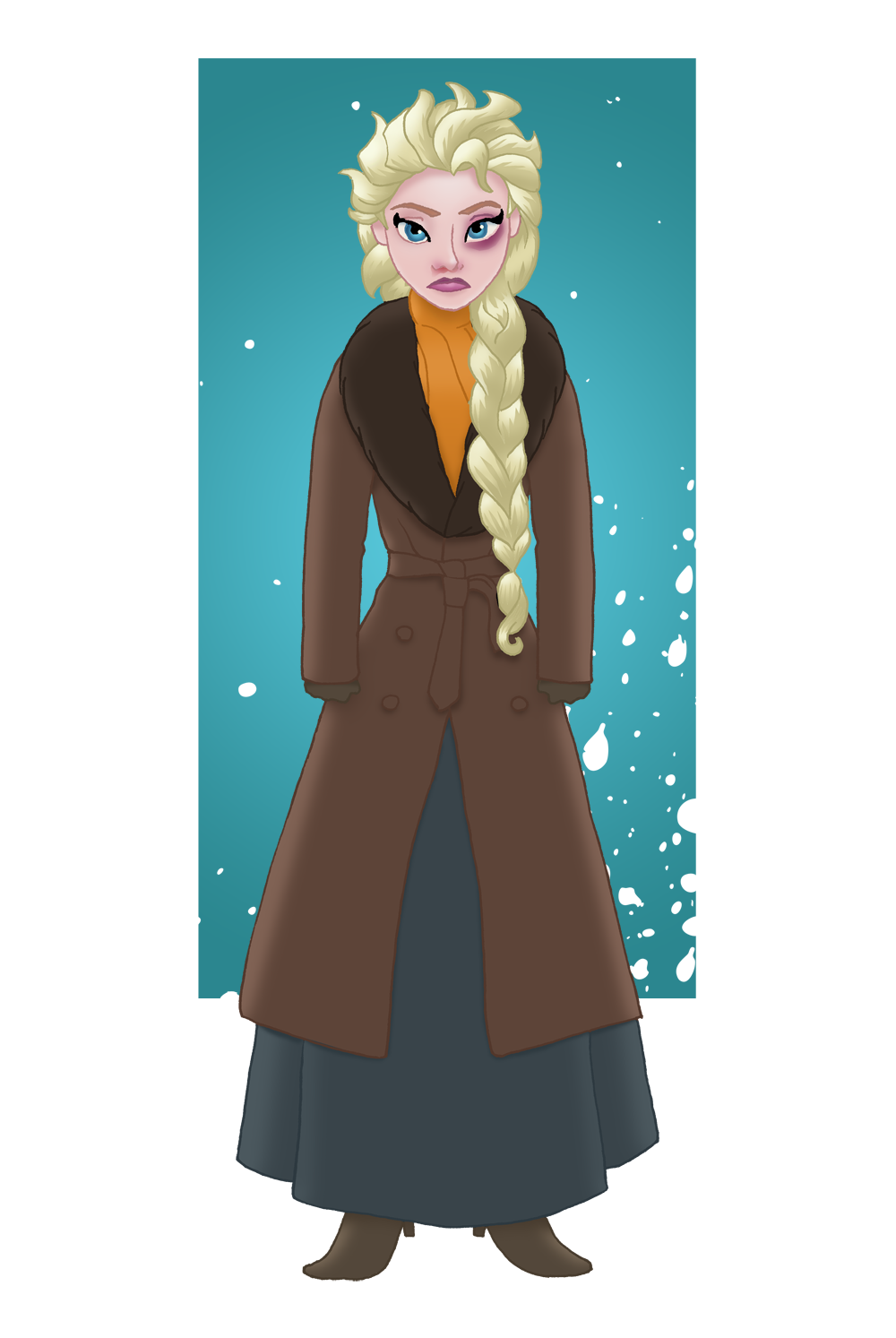 "The cold never bothered me anyway."

For our last mashup, we put Elsa into the role of Daisy Domergue, Jennifer Jason Leigh's character in The Hateful Eight. Both Elsa and Daisy are dynamic characters who inspire a great deal of devotion from their friends and families.

What did you think? Did we include your favorite Disney Princess? Or how about your fave character from a Tarantino flick? We know there’s some overlap out there! Tell us all the details in the comments below. And while that Disney/Tarantino crossover fanfic is brewing in your head, why not take a look at our exclusive Kill Bill and Pulp Fiction Halloween costumes?