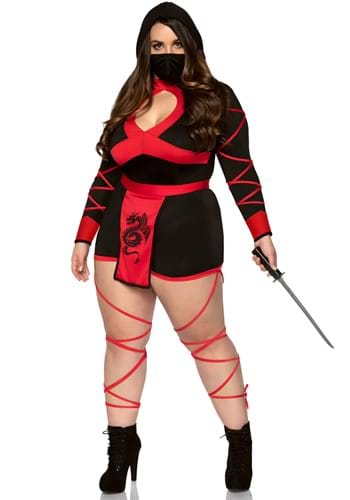 Soft as a Whisper

Stalking her prey, the ninja moves slowly and silently towards the lone samurai. He has just doffed his heavy and expensive armor after a long day of strong-arming extra taxes from the local villages, including the one where your parents live. That was his final mistake. Totally unaware of the figure lurking in the shadows, he prepares a simple meal of sliced dried meats and hard bread. He warms a small portion of wine by the fire and settles back against the bole of a tree to clean his sword.

The female ninja moves naturally through the underbrush, never taking her eyes from her prey. She is one mistake away from failure, or perhaps even death, so she takes every precaution as she circles around the camp. Finally, as the samurai sets his sword aside and reaches for his warm wine, she strikes!

Softly and silently she rolls across the short distance between them, and with one thrust of her plastic toy dagger she ends his life. Another job well done.

This Women’s Plus Size Dragon Ninja Costume comes with all the features you’d think to look for in the armor and garb of a samurai hunter. The mask is held on your face securely with an elastic band, just like the real Japanese Ninjas didn’t use back in the day. The belt has a fabric drape with a printed dragon and fastens in the back with a hook-and-loop fastener. The black long-sleeved romper has a back zipper and keyhole neckline and is made of 91 percent polyester and 9 percent spandex. It also features stylish red accents.

As she rides the samurai’s horse back to town and returns the stolen gold to the people, the ninja doesn’t react to the thanks of the many admirers. She knows that there are more samurai like him and more villages like this one that need a hero. And she will be there, because that’s what ninjas do.