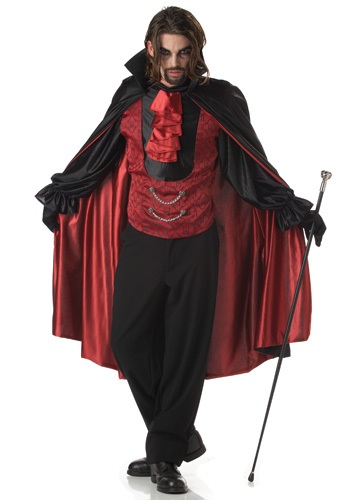 When you think about it, vampires and stage magicians have a lot in common. They both try to dress up their true aims in a fancy old-fashioned costume, using a dramatic presentation and distracting sleight-of-hand techniques. And while most people consider these sneaky types more than a little charming, things can change pretty quickly when it comes time for some audience participation!

Because it’s all in good fun when you’re just another face watching from the crowd. But when you’re the one getting sawed in half, you start to think a bit more critically about the situation. Like, is there a doctor around just in case Marv the Magnificent here botches the magical stitches when he’s putting you back together? Why didn’t you phone a friend, or consult with your lawyer about this? And why didn’t they make you fill out any paperwork after they pulled you out of your seat?

Same thing with vampires. When an undead baron from Central Europe is gnawing on somebody else’s jugular, it looks downright romantic. But when it’s your neck—well, hopefully we’ll never have to finish that sentence.

Just to be safe, maybe you ought to put on this spectacular Vampire Costume and start keeping odd hours. It’s not a bad idea to learn a couple of card tricks, or how to pull a coin out from behind someone’s ear. And get used to feigning a garlic allergy: it could save your life. Because among magicians and vampires alike, there’s still such a thing as professional respect!