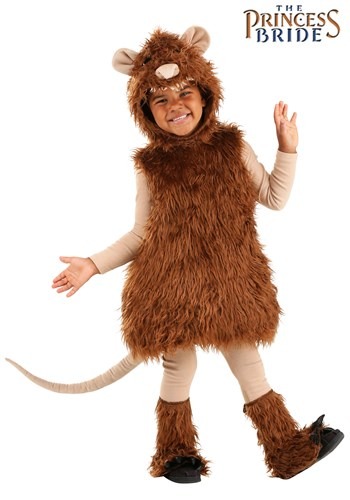 That was a close one! The dastardly, murdering Prince Humperdinck might have captured you if it wasn’t for the tumble down that steep hillside. Now – and despite what Buttercup thinks – you are safely in the Fire Swamp and ready to be the first couple in history to survive its sinister depths. One by one, you vanquish its terrors. The sudden fires can’t end you (although you did come away from that adventure a little singed). The quicksand can’t trap you (and your swan dive into its depths was a heroic feat of derring-do!) Now, there’s only one more danger left, and you’re confident that its perils have been greatly exaggerated.

Suddenly, you hear a rustling from atop a nearby rock. A low growl sounds near your ear. You whip your head around, sword at the ready, and…what’s this? It’s so…cute! This rodent may be of unusual size, but it’s the sweetest thing you’ve ever seen. One might argue that its adorableness is just a tactic to get you to drop your guard, but you simply can’t resist coming closer to give it a squeeze!

A CUTE Rodent of Unusual Size? You might not think they exist, but we assure you that they do – at Halloweencostumes.com! Your little one will steal the Fire Swamp show in his exclusive Toddler R.O.U.S. Princess Bride Costume! The bubble suit is covered with brown shaggy fur, just like the real R.O.U.S (and we assure you that they are certainly real!) A twitchy tail is attached to the back, and the matching foot covers have vinyl claws.

A Peril of Adorable Size

It’s almost inconceivable how awesome this costume is! We predict that you won’t even mind getting attacked by this little furry creature.