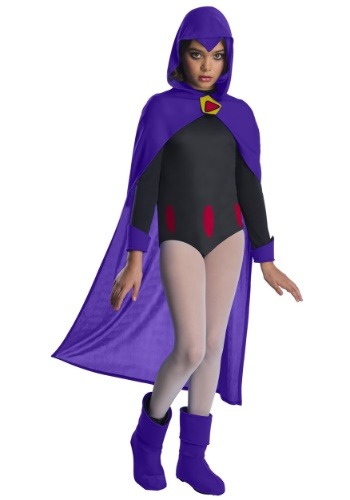 Raven isn’t quite like the other Teen Titans. She’s more interested in herbal tea, reading, and meditation than she is in playing loud video games. She’s truly wise beyond her years, unlike the rest of the Titans. Actually, the Teen Titans would be in pretty rough shape without Raven around. Without her cool, collected composure, villains like Slade or The H.I.V.E. would have mopped the floor with them a long time ago.

Beast Boy is too busy cracking jokes to ever take anything seriously. Starfire, bless her heart, has more powers than you can shake a stick at… but lacks simple common sense. Most of the time, she barely has any idea of what is going on. Cyborg might be super knowledgeable about machines, but it can be hard to tear him away from his video games. And Robin? Well, he seems pretty level-headed like Raven, but he doesn’t have a single superpower, so he’s kind of out of luck when Trigon shows up to ruin the party. Yes, the team needs Raven and now, your child can be a crucial part of the Teen Titans team.

This officially licensed Raven costume is a child Teen Titans outfit. It comes with everything your child needs to become the superhero, aside from the superpowers, of course. The costume comes with a black leotard that has red accents near the waist. It also has purple cuffs to mimic the look from the animated series. The included purple cape has an attached hood and the boot tops fit over any pair of shoes to complete the look.

If your girl truly wants to become like the iconic Titan, then she’s going to need to study up on her magic spells. Just remember… Azarath Metrion Zinthos!