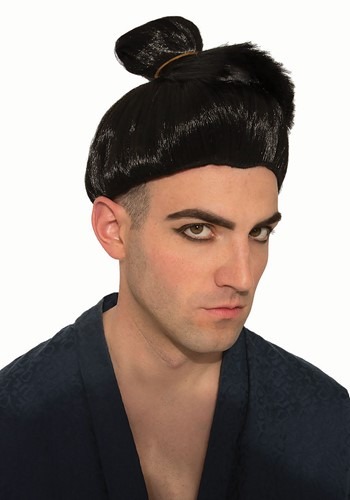 Sumo wrestlers are sorely unappreciated. Nowadays, people usually only see them as bits of comedy in some Hollywood blockbuster. And we get it: they’re really, really big guys wearing really, really small underwear and sporting some seriously sick man-buns, smashing into each other over and over until one gets knocked out of a ring. It’s funny.

But these massive wrestlers have a long and proud history. The sport is thousands of years old and was originally performed to entertain Japanese gods as part of the Shinto religion. There are still many rituals performed today that stem from that purpose, such as the use of salt purification before a bout and the number of fringed strings on the front of sumo wrestlers’ belts. Everything from wrestlers’ practice times to what they eat for lunch is strictly controlled and highly symbolic.

Even the clothing and hair is symbolic. The mawashi (belt) that a sumo wrestler wears depends on their luck, with wrestlers changing the color of the belt depending on how well they do. (It’s also an automatic disqualification if the mawashi comes undone, which we imagine would be super embarrassing since there’s nothing underneath.) The famous bun is called a chonmage, and it was originally used to keep a samurai’s helmet steady during battle. The hairstyle is now so important to sumo wrestlers that it’s incorporated into their retirement ceremonies, where people important to the wrestler take turns snipping it off.

If you want to imitate these noble sportsmen, you definitely need a chonmage of your own. It can take years to grow a real one, so we have an easy shortcut for you: the Ultimate Sumo Wrestler Wig. This black wig is made of 100 percent synthetic hair and elastic mesh lined interior for comfy fit. Slip on our Ultimate Sumo Wrestler Wig and you’ll be ready for the ring. Just make sure to keep your belt on. Win or lose, everyone will thank you.