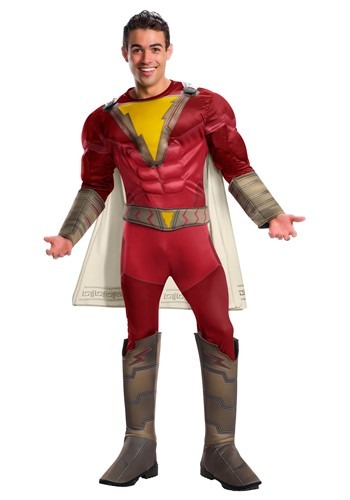 It's the age-old story. An adult looks back on their life and wishes that they could return to the time of being a child. You know, have all that endless energy and feel like they are completely invulnerable. All the time in the world to do everything that they want and the ability to dodge all of those villainous responsibilities that just plague us every day. Of course, the exact opposite story is also told just as often. The youngster that is sick of the world pushing them down and they're just looking for the opportunity to be big and strong and able to live free without those oppressive confines.

It seems like both are just cursed. Then again, with the right magic word, everything can change. You can live out the very life that you've always wanted to. You can feel mighty. You can look fantastic. You can acquire all of the superpowers that you know that you're destined for and use them to make everyone's lives as spectacular as yours. All you have to do is shout out the one magic word that we're waiting to hear. Halloween!

Huh!? You thought we were going to say, "Shazam!?" Well, you're not too far from the truth. Unfortunately, while we aren't wizards at the Rock of Eternity, we can provide you with something similar to Billy's abilities in the form of this Shazam! costume. This is an officially licensed jumpsuit designed to look just like the character costume from the hit DC film. The chest has fiberfill padding to provide you with that extra muscle-tone and the iconic lightning bolt pattern of Billy's magically transformed self. The short white cape, gloves, and boot covers complete this magical costume.

You're a Super Wizard, Billy!

While you might not have actual flight and electric powers while in this costume, you will feel pretty amazing. And with the same magic Halloween word, you can even bring the rest of the Shazam Squad along with the rest of our costumes!