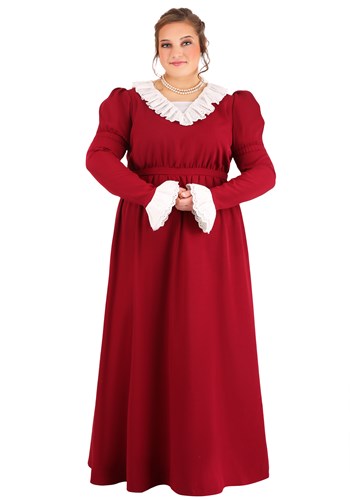 "Do not put such unlimited power into the hands of husbands. Remember all men would be tyrants if they could."

Dang! Abigail Adams didn't pull any punches, did she? Actually, this fiesty first lady made a reputation for herself as one of the most eloquent figures in the early history of the United States, and that's pretty impressive when her husband, John Adams, was known as one of the best letter writers (kind of like history's bloggers) of the period. Some historians even say Abigail was a better writer than her husband, and she didn't have half the chances at a fancy education that he did. So, you go, girl!

There are plenty of role models to choose from when it comes to America's First Ladies, but we think Abigail Adams is one of the best. Not only was she a staunch supporter of women's education, she also spoke out against slavery and took a keen interest in her husband's politics. In fact, because she was so politically active, some people started referring to her as "Mrs. President"! It's no wonder that you're thinking about dressing up like her for your next costume party, and we can help!

This exclusive Plus Size Women’s Abigail Adams Costume is sure to be a hit, whether you’re going to an inauguration or just a costume party. The red, long-sleeved pullover dress is 100 percent polyester, with a zipper down the back center for easy wear. The collar and sleeve cuffs are trimmed with lace, while there is elastic in the waist for a cinched look. Take it from us, girl: You will be the most fashionable belle at the regency ball!

Show off your patriotic side and wow the crowd at your next costume party with this costume. We promise that if there's a vote for best costume, you'll win by a landslide!