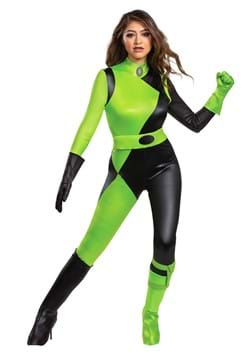 There's a mystery going on and all the regular agents are simply not going to get the job done. That Double-Oh-Seven guy? Pfft. He can't even keep the same face from season to season. Sherlock? Oh, c'mon. He's fictional! Nancy Drew? Well, the high school sleuth thing is definitely getting closer, but we're going to need someone who can step up to the action hero requirement from time to time, too. That really only leaves one gal who has her eye on the mission. It's time to call upon Disney's Kim Possible!

"So, what's the sitch!?" Perhaps you need to know a bit more about who we're talking about. Kim Possible was called into service in 2002 for a series of animated adventures. In fact, it was the Disney Channel's second series and went HD for all the world to see, too. Kim is a teenage girl, facing all the struggles that high school has to offer, but with the added complication of thwarting the wicked machinations of such villains as Dr. Drakken, Shego, and Professor Dementor. You know... your standard spy stuff plus Disney adorability!

If you're looking to suit up into the action, we have the Disney's Kim Possible costumes that you're looking for! "So what kind of crazy superhero get-up are we going to get?" you might be asking. Well, you're in for a surprise, there! Kim dives into the action wearing iconic garb, true, but it is all surprisingly functional. A pair of green trousers and a black shirt (with or without the crop top style) and a bit of a utility belt and you're on the way. Add in some fingerless gloves and tie up your hair and you're good to resolve all the problems.

We have Kim Possible costumes for adults as well as for kids, so you're good to go no matter who you are! Of course, if you'd like to up the ante on your costume capers, you can dress up in some Kim Possible villain costumes, too. Shego has always been looking for a way to take a bit of the spotlight, so perhaps now is the time!

Whether you are looking for the iconic Kim Possible animated series costume or if the movie won you over, you'll find the best Kim Possible costumes right here. So, suit up, find out what the "sitch" may be, and get ready to solve crimes with this animated character!