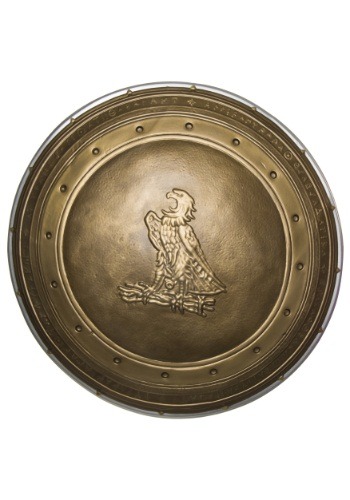 Victorian Women's Boots
$49.49
Add
Product Information
Items Included
Features
Shields have been around since the early ages of humankind. It's pretty simple really to use one if you follow these simple steps:

Step 2: Place shield between you and dangerous object.

Of course, Wonder Woman has the ultimate shield! Hers can even block laser eyes from Kryptonian monsters like Doomsday, as seen in the Batman v Superman movie. It's certainly no ordinary hunk of steel. Your life might not be filled with villains bent on the destruction of the Earth, or giant beasts created from the DNA of alien races, but chances are there's been more than one occasion in your life where you wished that you could had the superhero's signature shield at the ready! We decided to delve deep into the hidden city of Themyscira to find the legendary weapon, but had problems booking a flight there, so we decided to find the next best thing! Cool toy replicas based on the movie!

This Dawn of Justice Wonder Woman Shield perfectly recreates the look of the prop seen in Zack Snyder's Batman v Superman. It's made of plastic, so it probably won't hold up to any sort of laser beam attacks, but it does have kind of intricate detailing and gold paint scheme that will have you looking ready to defeat the worst villains in the DC universe.