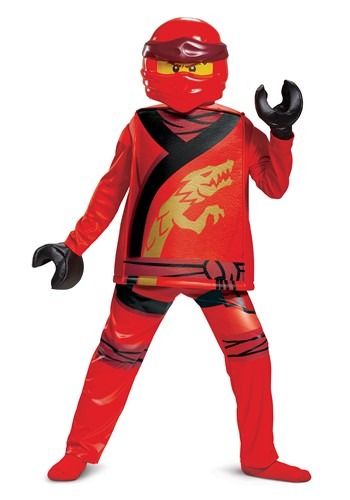 The Element of Fire

Kai’s brooding heart is like the burning heat of the furnace itself. As he grew up working in his father’s smithy, Kai became very attuned to the heat and the feel of fire. He and his sister both worked hard, but it was Kai who was eventually admitted to the Ninja, and it was Kai who became the Fire Maker.

Throughout his many adventures with the Ninja, Kai never lost his affinity for the most dangerous element. The smoky heat, the wafting flames, and the burning embers all call to his spirit and urge him on to great acts of heroism.

Master Wu had once used the elements in unison and created several artifacts from them. The sword of fire was one of them and, as such, it was integral to the history of creation and spinjitzu in the world. Kai claimed the legendary sword of fire and protected it from Lord Garmadon. Eventually, aided by Master Wu, he and the other Ninja combined all their abilities and their legendary swords to fight the Serpentine.

This Child’s Lego Ninjago Kai Legacy Deluxe Costume is sure to make everyone think that the fire maker himself is really present. The costume is made from 100 percent polyester and polyurethane foam. The molded mask is held securely with an elastic strap around the back of the head. The gold foil dragon and other printed embellishments are very much like the ones that adorn Kai’s own clothing. The costume also comes with two black gloves that are made to resemble Lego hands. Perfect for one of the Ninja!

Eventually the sword was used by Lord Garmadon to kill the Great devourer, but it was made into the Great Weapon in the process and no longer existed in the sword form. Kai would later go on to use his mastery of fire to reforge the sword. Only after using its Tornado of Creation power would it finally be rendered fully useless and fall from the annals of history forever.