Remember the childhood poem about Little Bunny Foo Foo? He was a fluffy little jerk who would harass all the field mice by bopping them on the heads. Well, karma finally bit Bunny Foo Foo on his furry bottom!

The Good Fairy had enough of his disrespect and she did way more than just turn him into a goon. She took him to her hideaway and The Good Fairy and her magical friends used their wands to cause that bunny bully some serious pain. No one quite knows what happened to Little Bunny Foo Foo; he won't discuss it. We even called The Good Fairy to answer some of our pressing questions regarding the incident, but she hasn't returned any of our calls.

Now Foo Foo spends the majority of his days moping around the briar patch, trying to find a way to keep his eyeball from hanging out of its socket. Has he finally learned his lesson? Only time will tell. We hope, for Foo Foo's sake, that he stays on the fairies' good side!

If you want to concoct your own DIY Bloody Bunny Costume and pay your respects to the former fuzzy tormentor you once sang about...we'll teach you how! Keep in mind, hare today...goon tomorrow! 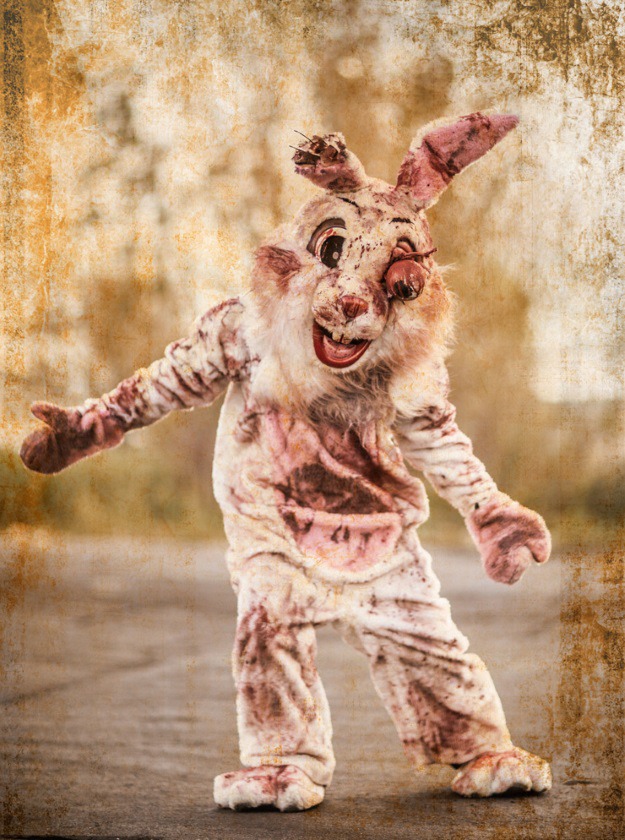 Take our Bunny Mascot costume and go frolicking in the mud! Make sure the mitts have lots of caked on dirt so they look really crusty. Remember, the days of bopping field mice on the head are long gone, so make the paws as grimy as possible! 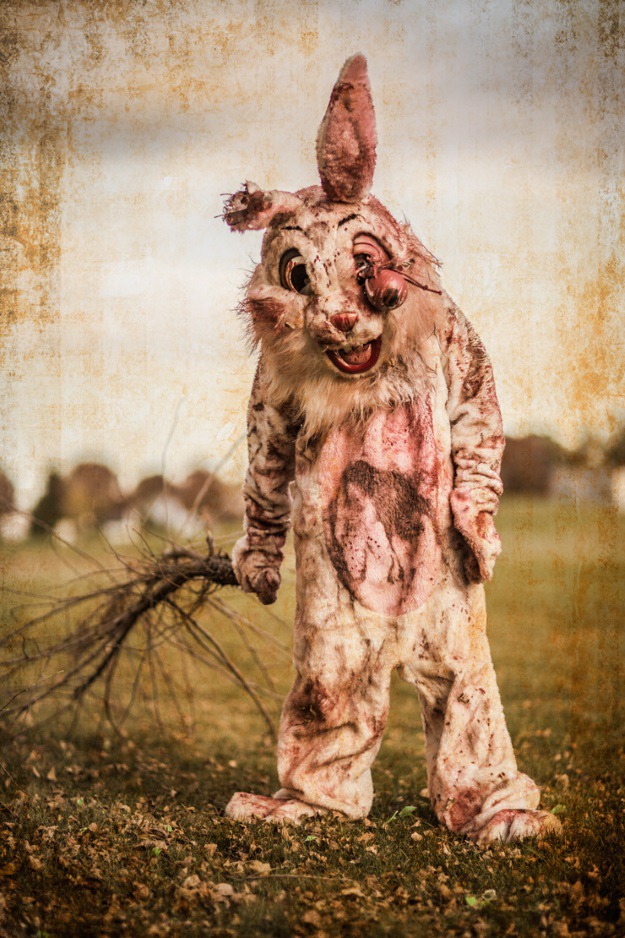 Foo Foo has experienced difficulty hopping around since the assault. Rumor has it that he uses a branch as a cane now. Go out in the wild and find your own branch to drag around. It'll make the perfect accessory! 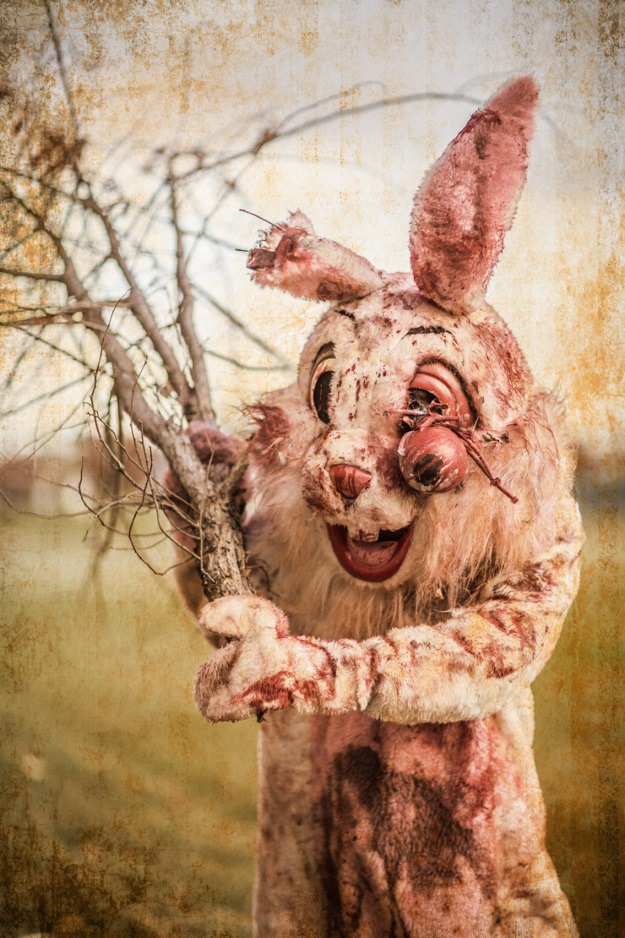 Want to make sure that your bunny costume is eye-catching? Well, it's all about the eyeball, folks! Take an old doorknob and splatter it with fake blood. Next, attach the doorknob to some knotted rope. The rope will become the 'tendons.' This creates an eye-popping 3-D effect, that is terrifying, to say the least! 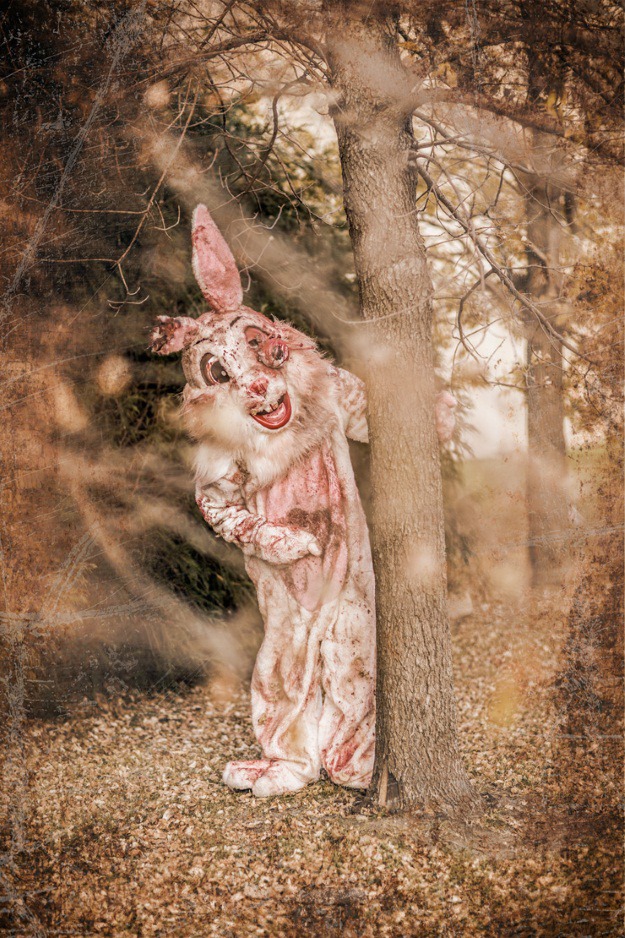 Peek-a-boo! Want to play a game with Foo Foo? It's a game called: Where is the rest of my ear?! Take a pair of scissors and go to town on one of the mascot's ears. Mangle it as best as you can! When you're done, the ear should look like a little nub. Next, coat that nub with fake blood and mud. 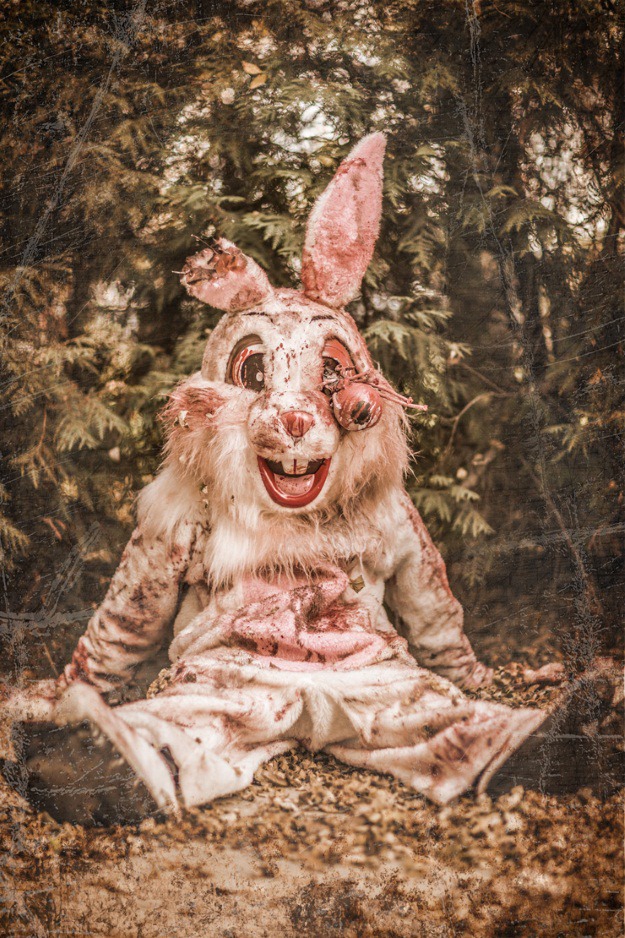 The life of a disfigured rabbit can get exhausting! Little Bunny needs to take a breather every so often, so even the feet of the bunny suit need to be disgusting. Rub some dirt in between the toes. Go ahead, stomp on some insects! The bunny's feet need to be incredibly gritty and as gross as possible. 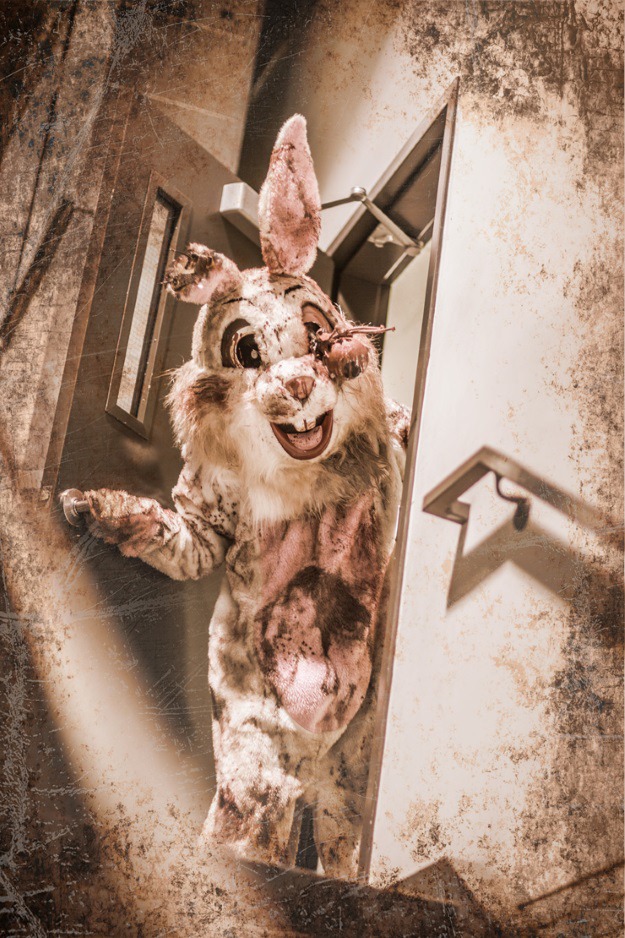 Got any carrots? Or lettuce? Or any cold french fries that are stuck in between the seats of your car? This rabbit will eat anything! He can't really fend for himself anymore soooo he'll take whatever he can get. Be sure to make every inch on the bunny mask as detailed as possible. Splash some blood on the teeth and saturate his little pink nose with filth. Little Bunny Foo Foo's nose doesn't even twitch anymore, it just trembles with despair. 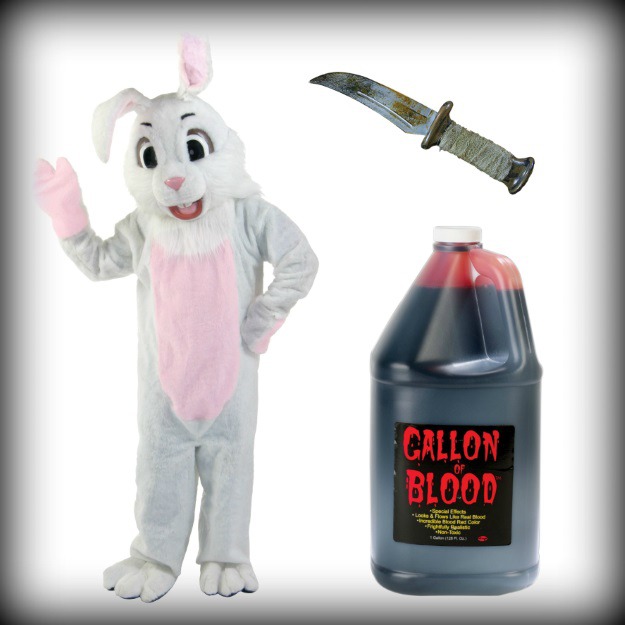 Well, tell us how your DIY Bloody Bunny Costume turned out! Did you mutilate your costume as much as we did? Just how battered is YOUR bunny? let us know in the comments below! Have your friends dress up as field mice and The Good Fairy and you will have the most disturbing group costume ever created!