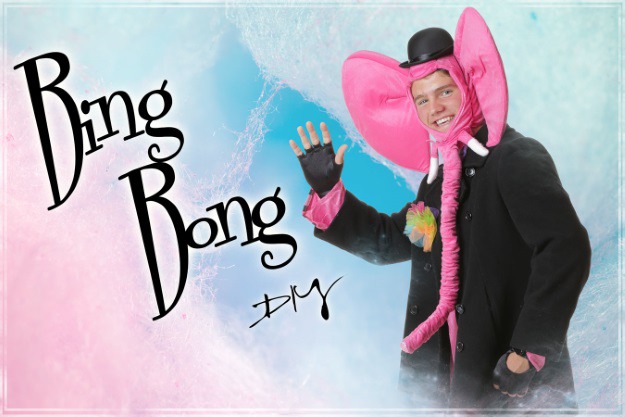 Inside Out was one of the top kids movies of the year. Unlike Minions, which set box office records for animated movies, Inside Out was universally enjoyed by people of all ages. Everyone loved following the story of Riley and the five emotions that live inside her head controlling her: Anger, Fear, Disgust, Sadness, and Joy. However, there was one character who stole the show and his name is Bing Bong! Here's how to complete out your Inside Out group this year, with a do-it-yourself style Bing Bong costume! 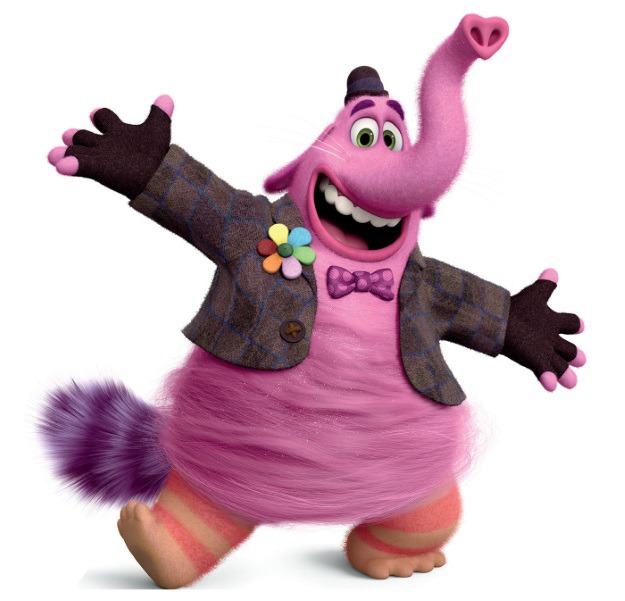 If you haven't seen the movie, you may want to skip this paragraph as it contains spoilers. Bing Bong is the imaginary friend of main character Riley. He and Riley would always play together when she was younger. They’d even take trips to the moon in his “rocket ship” (that was actually made from Riley’s wagon). But now that Riley is older and doesn’t need an imaginary friend, he wanders around her long-term memory trying to avoid getting sent to the memory dump where memories are forgotten forever.

At one point in the film, Bing Bong and Joy both fall into the memory dump and Bing Bong sacrifices himself to get Joy out. After Joy gets out of the dump and looks back in to see Bing Bong fading away from Riley’s mind, she gets one final request from him: “Take her to the moon for me.” At that moment, every single person in every single theater either had a single tear on their face...or they were ugly crying something fierce. 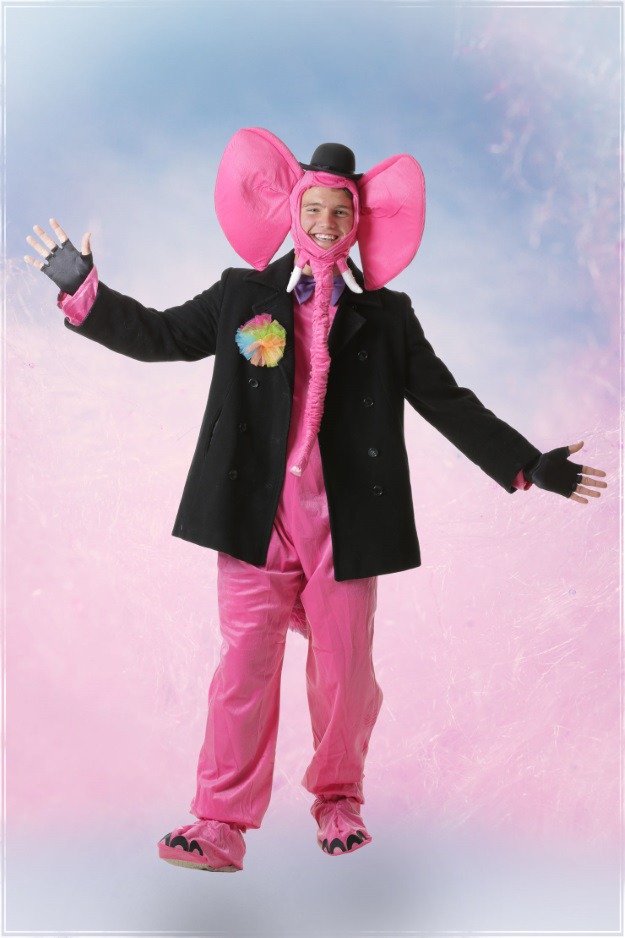 Here's the finished look of our DIY costume. Now, all you have to do is learn the catchy song. "Who's your friend who likes to play? Bing Bong! Bing Bong!" Bing Bong was such a memorable character, we couldn't help put together our own DIY costume. However, not every DIY costume requires hours of research and crafting. This costume can be put together quickly with just a handful of simple products and accessories. Here's what you'll need to dress like everyone's favorite imaginary friend. 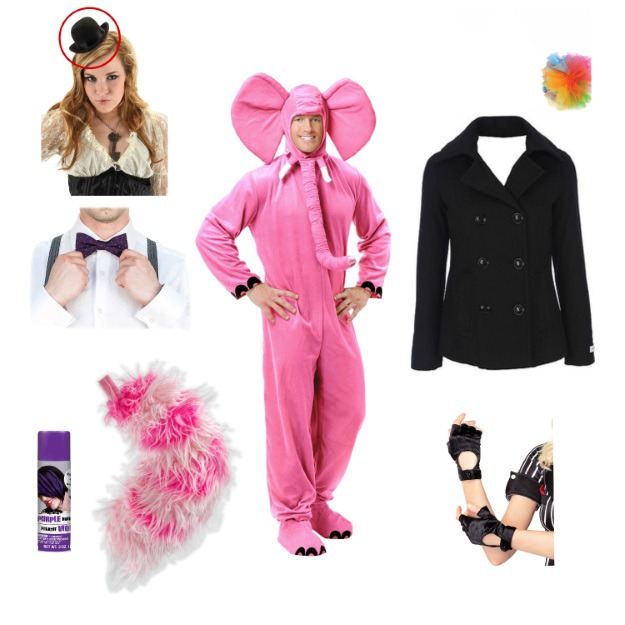 Bing Bong states that he’s part cat, part elephant, part dolphin (he does a mean dolphin call), and he’s mostly made of cotton candy. While cotton candy is delicious, it doesn’t make for a very sturdy Halloween costume. So since Bing Bong looks mostly like an elephant, we went for the pink elephant costume. To get the rest of the look, you’ll need to raid your local thrift store for a black coat. You can use any of your favorite faux flowers, or even use a real one for your pocket. The colors and design are a near-perfect match! For the tail, we used our cheshire cat tail accessory and a little purple hair spray to get the color just right. Top off the look with fingerless gloves, a mini bowler hat, and a purple bow tie!

Have you seen Inside Out? Which emotion is your favorite? Our Bing Bong DIY is quick and easy to put together if you feel like dressing up as him for Halloween. With so many characters to choose from, Inside Out can be a great theme for couples or groups as well!

Tags: Bing Bong, disney, DIY, Inside Out, inside out costumes, pixar