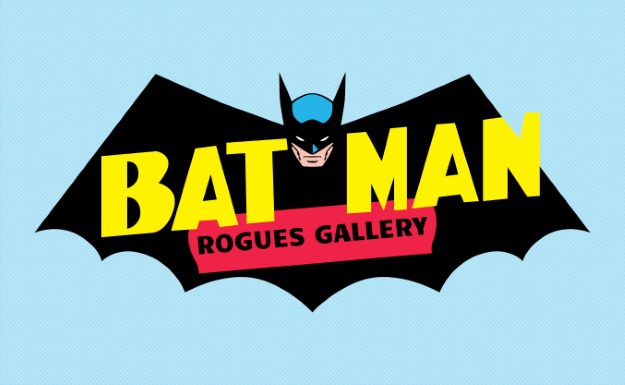 Batman has a lot of enemies. These villains are often called the Rogues Gallery, a reference to the mugshots and other documents–about their hideouts, known associates, and so on–that early police departments used to identify and catch criminal suspects. Batman’s Rogues Gallery ranged from common criminals to well-known Batman super villains and criminal masterminds like the Joker. In this infographic, we cataloged the first comic book appearance of every Batman Rogues Gallery villain, and also highlighted some of the more iconic supervillains.

Since his first appearance in 1939, Batman and his "Family" (including Robin and Batgirl) have defeated hundreds of villains in numerous comic book series. These include the classic Rogues Gallery, supervillains and lesser villains, even everyday criminals. This timeline shows the first appearance of each named Batman Family villain in comics.

Joker was introduced as a serial killer, dispatching hapless victims with his grin-inducing Joker venom. He would later be written as a sadistic criminal mastermind, the embodiment of chaos and dark humor. Joker is the iconic archnemesis and antithesis of Batman, obsessed with hurting him in any way possible, including murdering the second Robin (Jason Todd) and paralyzing Batgirl (Barbara Gordon).

Harvey "Apollo" Dent was once the district attorney of Gotham City, an ally of Batman and then-Police Captain James Gordon. But after getting scarred by acid, he becomes Two-Face, a villain with multiple personalities who bases his decisions upon the flip of a coin.

Owlman is the reverse-Batman of Earth-Three, a member of the Crime Syndicate of America—the opposite of the Justice League of America—with mind control powers and night vision. In later issues, Owlman is actually Thomas Wayne, Jr., the older brother of Bruce Wayne.

Ra's al Ghul and his League of Assassins seek to bring about world peace by purging the human race. Batman and Ra's al Ghul respect each other as formidable opponents, and their adversarial relationship is complicated by the fact that Ra's al Ghul knows Batman's true identity, and Batman has been tied romantically to Ra's al Ghul's daughter.

Bane was Raised in a prison, where he heard tales about Gotham and became convinced Batman was the monstrous bat haunting his dreams. Unlike any other nemesis, Bane uncovers Batman's true identity and nearly kills him. Azrael must then temporarily replace Batman while Bruce Wayne recovers from the broken back suffered at the hands of Bane.

Coming from similar backgrounds, Tommy Elliot and Bruce Wayne were childhood friends. When Bruce Wayne's parents were tragically killed, Bruce inherited their fortune and became Batman. Tommy Elliot, on the other hand, killed his own parents and became Hush. Driven by anger and jealousy, Hush stalks Batman, attempting to destroy everything that he represents.

What did you think? Did we highlight your favorite villain or was there someone else we should have picked instead? Feel free to yell at us in the comments below. And remember that our selection of Batman costumes includes characters from both the Batman Family and Rogues Gallery!