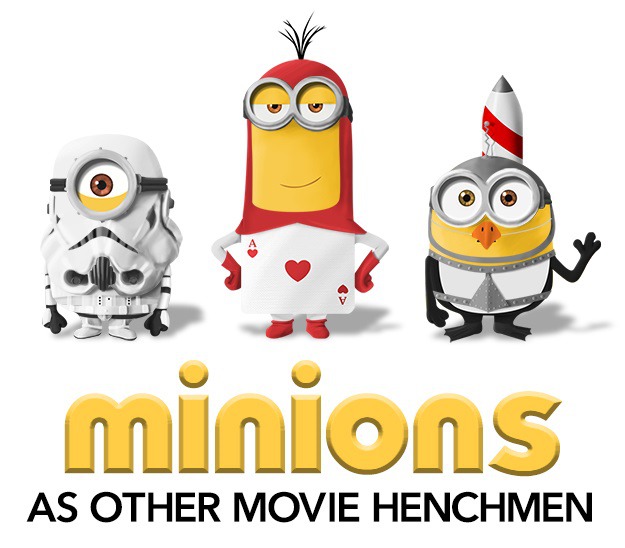 This Friday, we can catch our favorite little henchmen in their new movie, Minions. We last saw Stuart, Kevin, and Bob in the ending credits of Despicable Me 2 as they were auditioning for their roles in the upcoming film. Minions is actually a prequel to the successful Despicable Me films and will rewind the clock all the way to the B.G. (before Gru) years. The movie will follow Stuart, Kevin, and Bob, as they attend Villain-Con in search of a new evil overlord to work for.

Before the Minions found Gru they worked for many super-villains, but according to plot rumors surrounding the new movie, they destroyed all masters that preceded him. Perhaps the Minions weren’t built for a life of crime and have actually been picking the evil rulers off one by one because of their inherently good nature. They are just so cute, how could they ever be evil? Since they have worked for their fair share of criminals, we wondered what it would be like if they worked for the evil geniuses in some of our favorite films to date. Here are the Minions as henchmen from six famous films!

1. Card Soldiers from Alice in Wonderland 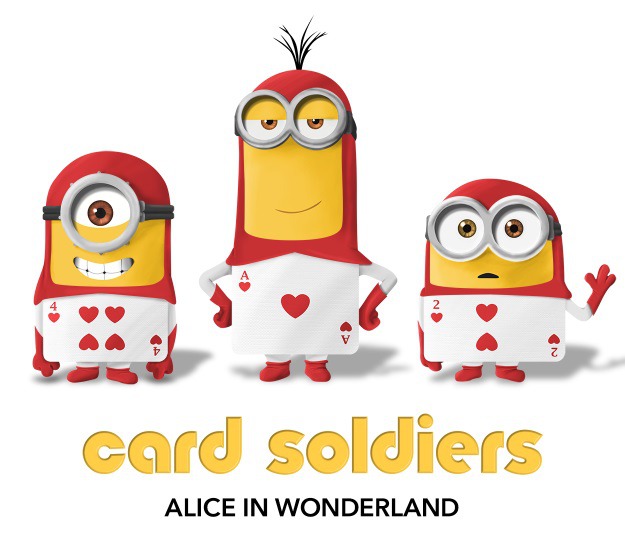 You must obey the Queen of Hearts. It’s possible that the Minions' fear of the mad queen would translate into loyalty, but nonetheless, her faithful servants are there to obey her orders. If they don’t, off with their heads! Seriously, that is one woman you don’t want to mess with! Maybe if the cards were as cute as Minions, she would finally learn to have a heart.

2. Hyenas from The Lion King 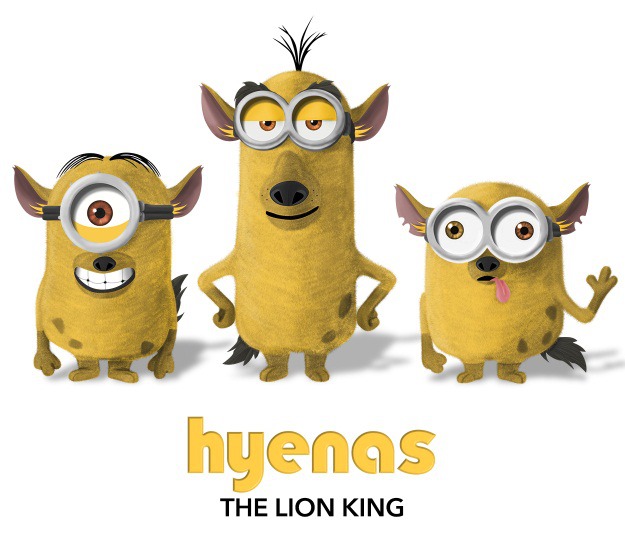 Banzai, Ed, and Shenzi, are three hyenas that many Disney fans love to hate. On Scar’s orders, the hyenas triggered the stampede that killed Mufasa and nearly Simba. The hyenas then chased Simba out of The Pride Lands so Scar could take the throne as king. If Minions were the hyenas in The Lion King, the only way there would be a stampede is if they were chasing an ice cream truck. “GELATO!”

3. Flying Monkeys from The Wizard of Oz 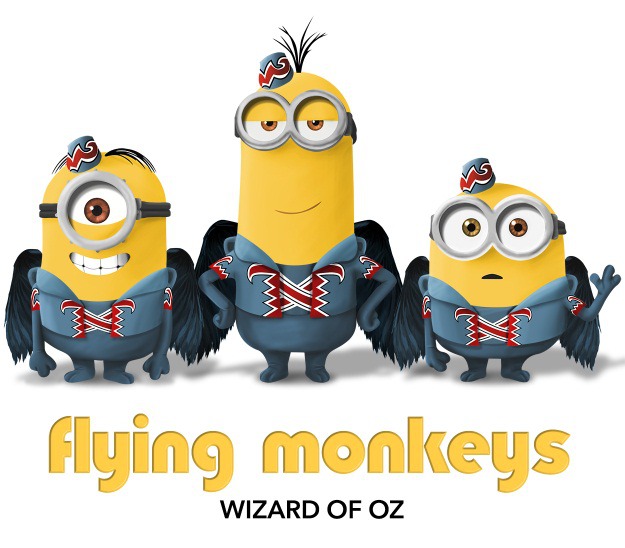 Flying monkeys (sometimes referred to as winged monkeys) obey the orders of the Wicked Witch to kidnap Dorothy and her little dog, too. Although they do not speak, they are terrifying enough to haunt the dreams of children everywhere. It’s obviously either the blue face or the Joker-like grin, because when Minions dress like flying monkeys, they have a mischievous charm! 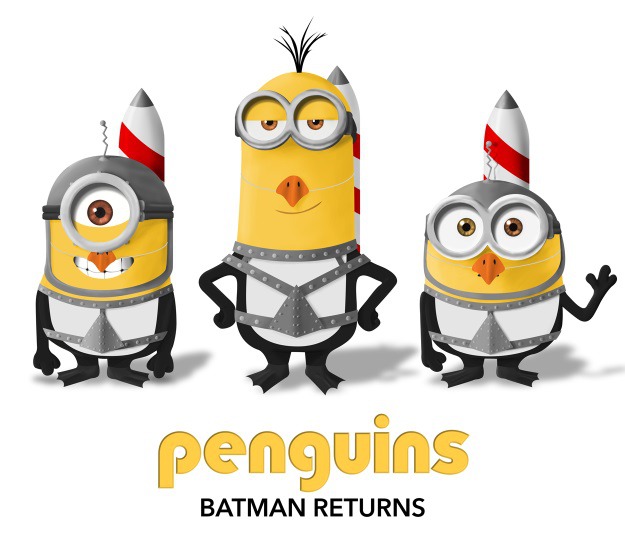 In the 1992 film Batman Returns, we were introduced to the most horrifying penguin our eyes had ever seen and he just so happened to be plotting to take over the world. His little henchmen, a penguin army strapped with rockets, were intended to be used to blow up Gotham City, but his plans were foiled yet again by The Dark Knight. Considering Minions have a hard time using guns filled with jelly, it’s probably best if the explosives are left at home. 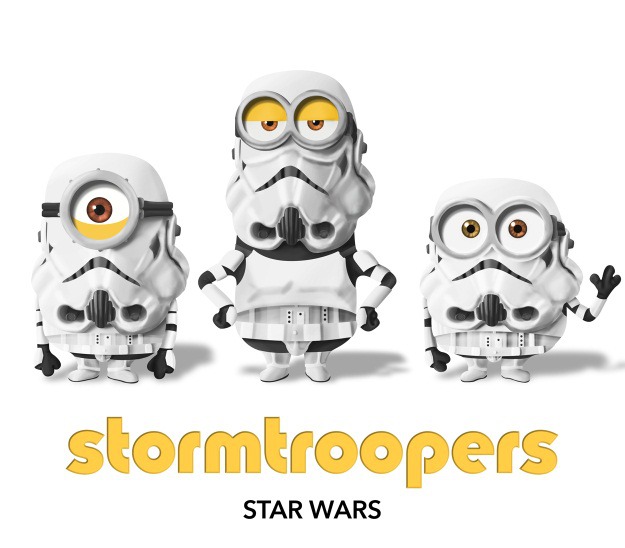 Minions were originally intended to be similar to Stormtroopers, but in order to make Gru more likeable, they were made much smaller in size. Sure, if trusted with guns, Minions might have just as good aim (or lack thereof) as the Stormtroopers in Star Wars, but there is something about these Minion-troopers that make them look a little less intimidating.

6. Uruk-Hai from Lord of the Rings 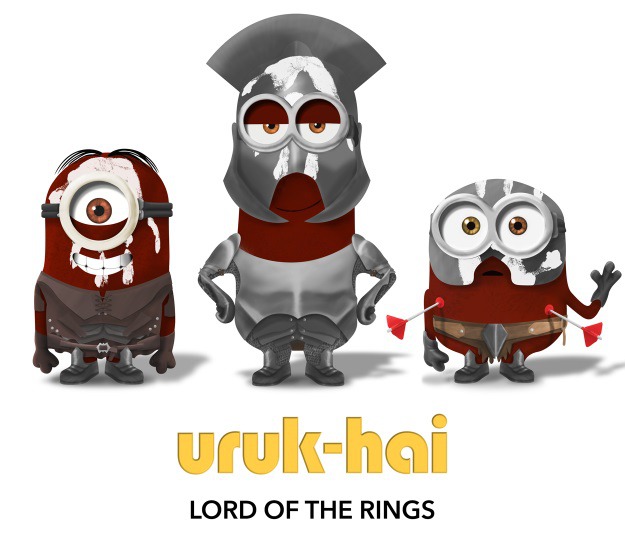 Although Minions are little, when dressed like the Uruk-hai they could potentially have great strength. Super-villains would have flocked to recruit them for their next biggest plot. Even if they don’t have super strength, these little guys are so cute that J.R.R. Tolkien himself might have been compelled to make them the next breed of Orcs. Middle-earth would never be the same again!

What do you think of these Minions dressed like other evil henchmen? Do you have a favorite? Share yours in the comments below. In the meantime, as we so (im)patiently wait for Halloween, check out our new Minion costume selection this year. Poopaye for now!