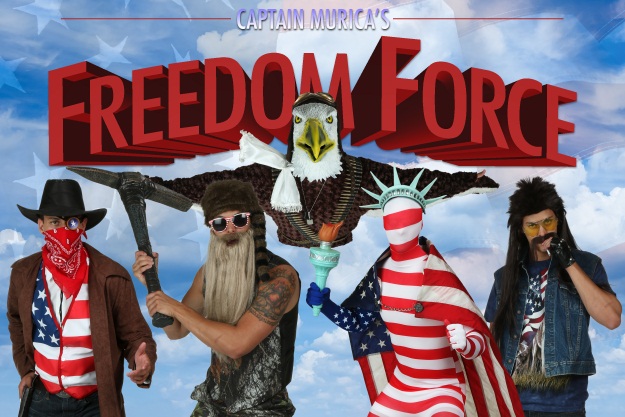 No shoes, no shirt, no problem! This is ‘Murica, and we aren’t afraid of a little business in the front and a whole lot of party in the back. Taking this a little further – probably way too far, in fact – we dreamt up our own team of super-patriotic superheroes and named them Captain ‘Murica’s Freedom Force. Why ‘Murica, you ask? Let this piece of poetry answer your question:

That’s right. For those blue-blooded Yanks among us who think that a Gatling-gun-strapped-American-Bald-Eagle streaming red, white, and blue smoke from its tail feathers makes perfect sense, the 4th of July is as much about celebrating the independence of these mighty United States as it is for quiet reflection about demolition derbies, giant unnecessary explosions, and Tennessee Top Hats flapping rhythmically in the wind.

So why not celebrate American independence this 4th of July with a healthy clump of Chuck Norris chest hair sticking out of your Three Wolf Moon cutoff tee and let your mullet down? After all, a country that can’t poke a little fun at itself now and then – well that’s just un-‘Murican! 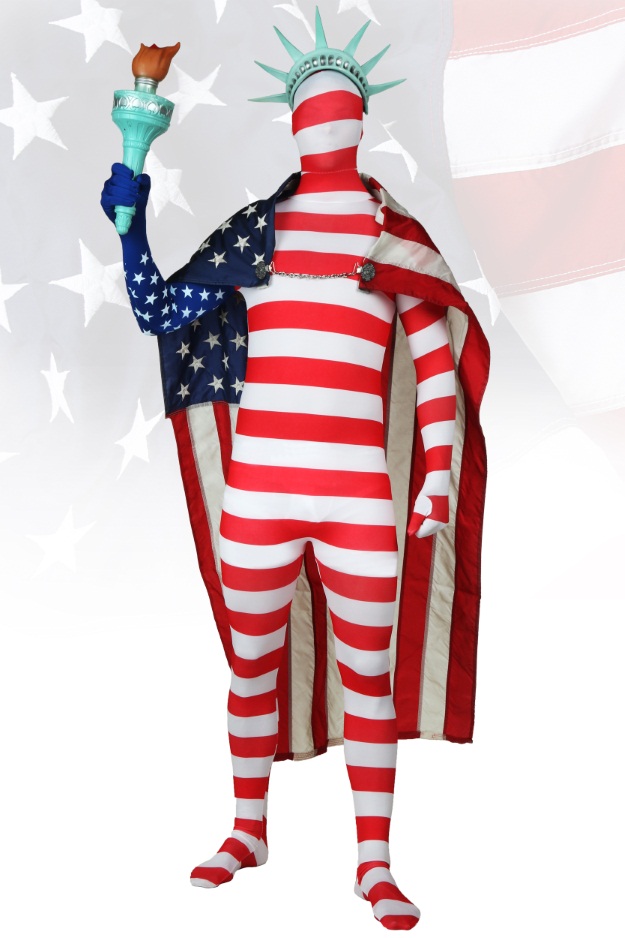 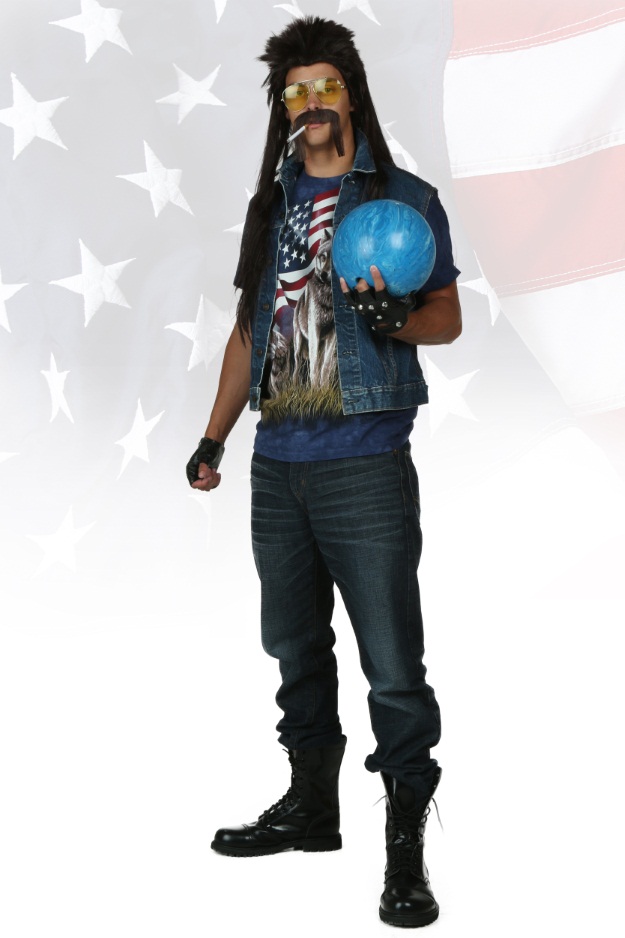 With amber waves of cascading righteousness, Randy keeps his trigger finger trained and puns on the ready. His bowling ball is faster than a speeding mullet and his silhouette against a billowing pillar of flame is unrivaled. “Business in the front.” He fires. “Party in the back.” Chugs a beer and winks. While his glasses admit emphysema just might be in his future, Ruckus Randy has the distinct honor of never having a Zima in his life. Because, well, Zima is for wimps and tastes nothing like Busch Light. 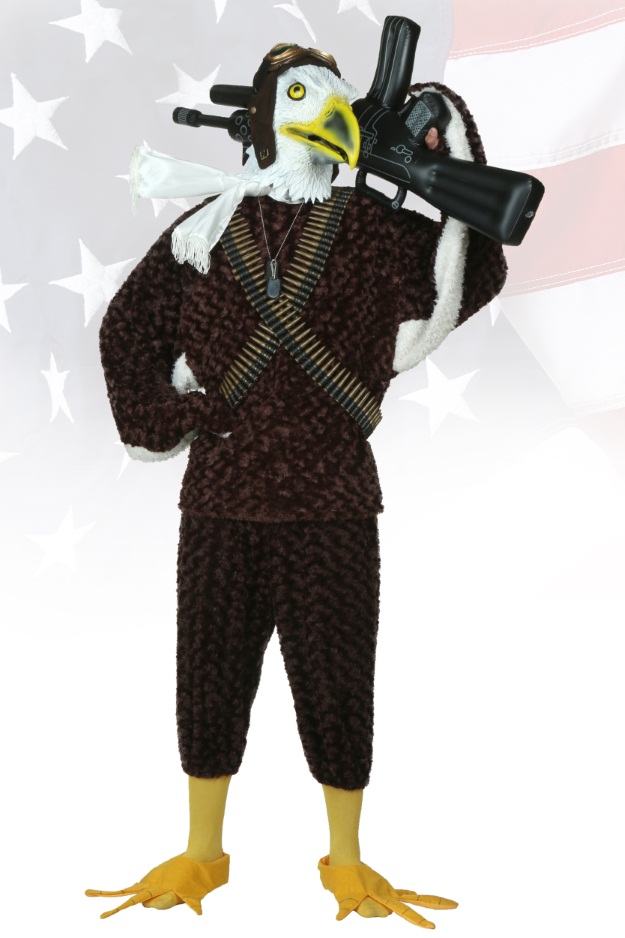 STRENGTH: Death From Above | WEAKNESS: Molting ... a lot. (Seriously, it's gross.)

Screams from a banshee are heard and a shadow appears. Majestic. Fierce. Peekaboo! He sees you! KABOOM! When the Freedom Force needs an eye in the sky, Peekaboo delivers a heavy payload from above. Since he was just a hatchling, he’s been cultivating the skill of firing an assault rifle without an opposable thumb. 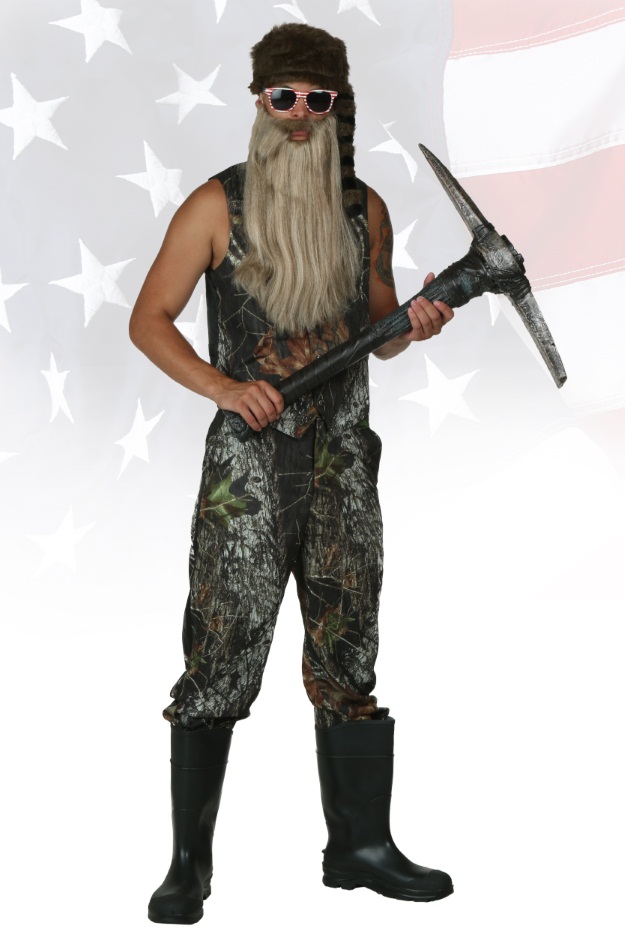 Buck Die-Nasty would bite the bullet for his country. Literally. An actual bullet. He’d willingly punch a shark in the face. The raccoon skin he wears on his head? It's still alive. And he smells like a smokehouse. A man of few words, he eats by the herd. His steaks are uncooked and he has callouses on the backs of his hands. Buck Die-Nasty – he’ll give you a bear trap for Christmas and call it a hat. 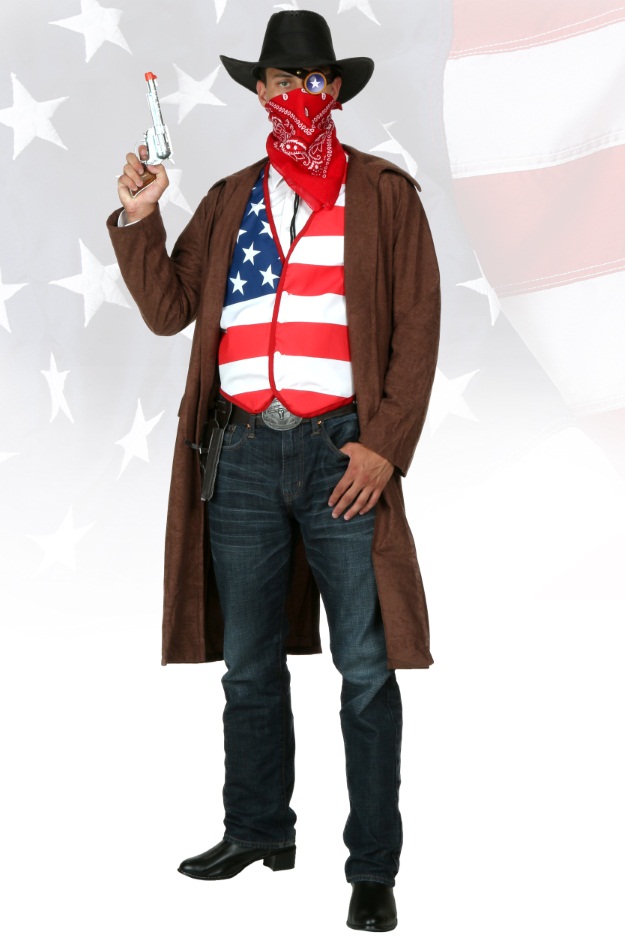 Hershel Rawhide lost his right eye in a poker match with a bull. The bull’s horn was the poker. You think that’s bad? You should see the bull. “Just an eye,” Hershel growled, replacing it with a rib-eye. With his patriotic bullets, who needs depth perception?

Happy 4th of July from the Freedom Force

In this time of reflection this 4th of July, just remember: “If you don’t like America, you can git out.”

From Captain ‘Murica’s Freedom Force and everyone at HalloweenCostumes.com, thanks for playing along and having a sense of humour humor. Now go and have some fun with fireworks and Happy 4th of July!