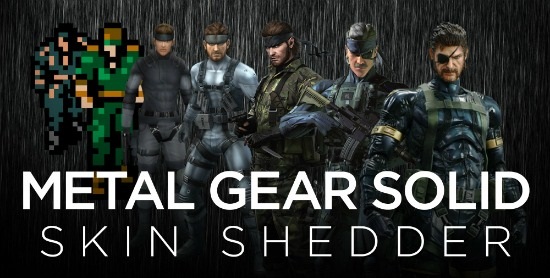 Metal Gear games have been around for 27 years, an impressive run for any franchise. As such, our favorite operative Snake has drastically changed over nearly three decades. (Thankfully some things have remained consistent - he still sneaks his way into the most dangerous places in the world and is known for hiding in boxes.) With the next game in the acclaimed series hitting shelves on March 18th, we decided to look under the box only to find a Snake staring back at us. Take a look at the evolution of this acclaimed character:

Click on the image to check out all the details in high definition!

Metal Gear continues to push the envelope of the video game industry in terms of storytelling, gameplay, and graphics. Nevermind that the narrative has more twists and turns than a coiled king cobra because tying everything together is Snake. Naked, Solid, or Old Snake have always been the hero hiding in boxes and bringing us back for more tactical espionage. Follow the winding path of our favorite skin shedders to plot their adaptations.

Solid Snake, a rookie of FOXHOUND, was ordered to investigate a new weapon and rescue Gray Fox. Snake wore 8-bit blue/green camo making it difficult to discern specific body features. Interestingly, the cover art was inspired by none other than Michael Biehn as Kyle Reese from The Terminator.

Save for the change in color scheme and being able to clearly see his bandana for the first time, this 8-bit iteration of Solid Snake didn't change much. Radio conversations featured detailed in-game portraits for the first time, and Snake's portrait looked strikingly similar to Mel Gibson from Lethal Weapon.

Modeled after Christopher Walken (this The Deer Hunter), Snake returns from early retirement in his first 3D appearance to face his clone brother, Liquid Snake. Not wanting to resemble his rogue counterpart Snake lost the mullet and wore his poly-thermal sneaking suit to fight the cold of the Alaskan wilderness.

A scruffy, bearded Solid Snake was only playable for a short time and he wore a more form-fitting sneaking suit with web harnessing. Later on he adopted the persona of Navy SEAL Iroquois Pliskin wearing olive drab fatigues and offering aid to Raiden. Snake's mullet makes a triumphant return.

Naked Snake, Solid's father, took center stage in Snake Eater. Snake was dropped in the jungle with only his camo fatigues, face paint, and a few supplies. Late in the game he loses an eye in an unfortunate incident, but also finds a black prototype for sneaking suits.

Solid Snake returned as Old Snake due to rapid aging caused by the FOXDIE retrovirus. Old Snake, with gray hair and wrinkles, kept the mullet and grew a mustache. His octocamo sneaking suit doubles as a muscle suit, and is the most advanced in the series. Old Snake also adopted Solid Eye, and enhanced vision system.

Naked Snake returns from Snake Eater a little older and wiser as the legendary Big Boss. Utilizing an early version of a sneaking suit that camouflages, dampens noise, and applies pressure to wounds. He has never been so prepared to handle changing environments.

We just reviewed security tapes from our warehouse and discovered footage of an intruder. The intruder somehow made his way into our warehouse by hiding under a cardboard box. It’s believed he went unnoticed for many hours, though several employees reported smelling cigarette smoke, and hearing a disembodied voice whispering something about “The Patriots” and a walking nuclear tank called Metal Gear.

Nobody here has any idea what he was looking for, but we think the intruder either mistook one of our Transformer costumes for a Metal Gear, or heard about our Founding Fathers costumes. Outer Heaven and Zanzibarland officials reported similar incidents years ago and it’s believed the man calls himself “Snake”.

If anyone sees a guy walking around in a box costume he may or may not be our suspect, so stay frosty. If you look under the box only to find a guy in a sneaking suit, and an exclamation point immediately pops up above your head, you found him! Call us! We want our box back!!

Also, consider donning a disguise to aid you on your mission. The following comes with a solid recommendation from Snake himself.

Show your passion for Metal Gear with this highly detailed DIY costume.  ***Warning*** Creating this costume is incredibly difficult and will challenge you both physically and emotionally. By the time you're through you may be able to give Old Snake's wrinkles and age spots a run for their money. *wink*

This will be the most difficult of the steps. Seriously, finding a large enough box proved more challenging than initially planned. The box need only be large enough to hide most of your body. Your legs should be slightly visible when you duck walk. If you actually plan to use the box for hiding, make sure your whole body will fit inside so that the box can rest on the ground. 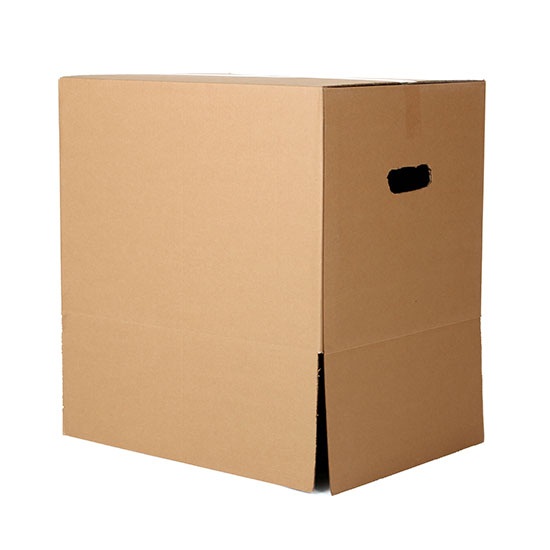 Next cut out two “handles” on either side of the box. These will actually serve as eyeholes so you can peer around without taking the costume off and blowing your cover. The holes also prevent you from running into things…like walls. This is the most dangerous part of the costume because it involves sharp objects. Even Solid Snake was never very good with blades so don’t cut yourself.

When your legs are the only visible appendage, you don’t want the world to see scrawny chicken legs! Be sure to wear your best camouflage pants to really get that straight out of the jungle feel. Of course an actual poly-thermal sneaking suit would be acceptable as well. 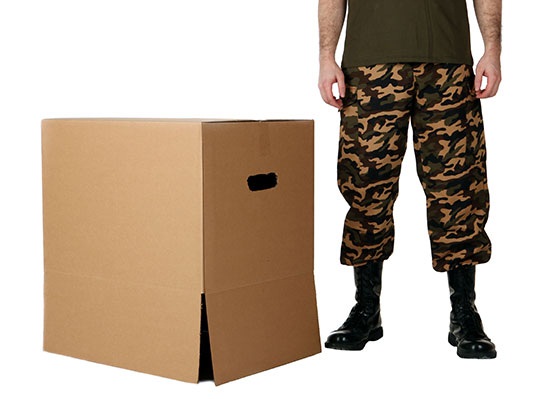 STEP 3: ADD THE BOOTS TO MATCH

Wearing the appropriate foot attire is critical. An army boot works best. Combat boots or jungle boots work too. As long as it’s something likely to be found on the battlefield, you should be good. Your legs will be screaming in agony from duck walking all over the place but your feet won’t hurt and you’ll look like Snake doing it. Voila! The carboard box costume is now complete! Any time you wear the box just remember that life turns into a solo sneaking mission. Try not to get caught. 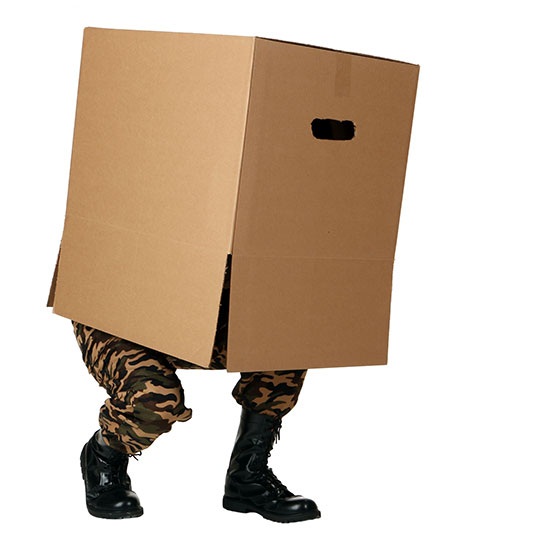