Here is a little game we're going to play right now: name some of Iron Man's greatest villains (hint: Jeff Bridges is not a correct answer). Maybe you got lucky and recalled Mandarin; so how about giving a shot at naming some of Thor's greatest foes that aren't his brother Loki? Any come to mind? That’s all well and fine if none did, because there are only two groups of Marvel superheroes that have a decent gallery of rogues: Spider-man and X-men. Now with a new Spider-man movie approaching, we get a chance to see a new villain on the silver screen in the form of the Lizard. But who would be next? We've already seen Green Goblin, Doctor Octopus, Sandman and Venom all show up, but there is still room for more. Here are five Spider-man villains who could show up in Spider-man reboot 2.

What are young girls going to obsess over once the final “Twilight” movie comes out? Well, a Spider-man movie featuring Morbius would fill that vampire void. Now who is Morbius you might ask? He shares a very common back-story as a great deal of Spidey villains; he was once a Nobel Prize-winning doctor who was experimenting a little too much with bats when an accident happened. That terrible accident turned a mild-mannered biochemist into something part man and part bat (or what Marvel calls a "living vampire”). Morbius has all the bloodlust of the “Lost Boys” while still being able to enjoy Italian food and go to Sunday service. So should there be a movie where web-head takes on a living vampire? If they keep the character dark and avoid the blue hair from his cartoon incarnation, I think it could work and we would get an excellent, creepy superhero movie. 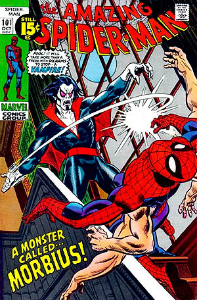 They say that the most dangerous game to hunt is man, so then a spider-man would be even more dangerous, right? Well, at least that's what Sergei Kravinoff (better known as Kraven the Hunter) believes. Now some hunters go after their game with guns or at the very least a bow and arrow, but that isn't how Kraven hunts. He prefers the bare-knuckle approach. I know what you're thinking, how could a regular man take down someone with radioactive blood? Kraven took a page from the Captain America book of becoming superhuman and used a serum to give him extra strength. A fistfight between the world's ultimate hunter and the Daily Bugle's most hated would make for a great movie, just as long as they give Kraven a more toned-down costume. I do not think PETA would be happy with the leopard skin pants and lion mane cape. 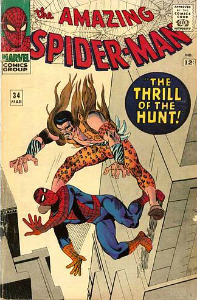 One of my all time favorite Spider-man villains is Mysterio. Mysterio never had powers or had his body mixed with any animals, but instead was a Hollywood stuntman with special effects knowledge, which could come in handy as a super-villain. Quentin Beck did just that with one of the strangest costumes out there for a villain: a green jumpsuit, yellow boots and gloves, a purple cape and a gypsy ball on his head. This costume would probably make most people laugh so hard when they saw it he could just walk by and rob them. Nevertheless, the reason I love Mysterio is that he used all kinds of tricks and illusions to trick Spider-man to his death. Sure, they never worked, but they always looked cool. 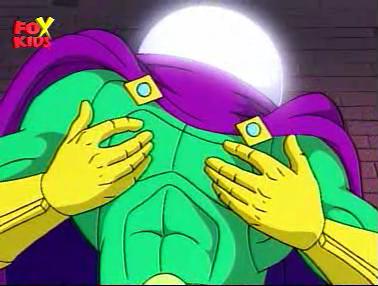 Some may see this villain as merely a “Red Venom,” but he is much more than that. Sure, is another human who bonded with an alien batch of goo, but the person behind it was a much more terrible than Eddie Brock could have ever been. So, could a movie even contain this type of character? I think it could, if they were looking to appeal to a more mature audience. You couldn't bring the kids to see a story about a Spiderman villain who has no remorse over what he does. So far, in every movie each of the villains has had noble intentions in the beginning and feels a bit bad about what they have done. This would never happen to Carnage. Then again, we would have to wait to see if we'd get him in a new movie since before we deal with Carnage the rebooted series would have to deal with Venom (hopefully a bit more menacing than a former “That '70s Show” cast member). 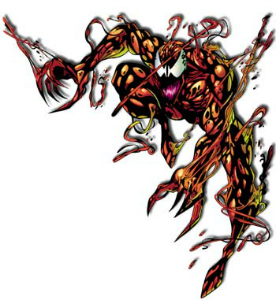 Lastly, Vulture is a villain that was rumored for a little while before the latest reboot happened, so the likelihood of seeing Adrian Toomes take on Spiderman seems great. Adrian was at one point a businessman and an inventor who created a suit that granted him both strength and flight, which would have made him rich and famous, but there was just one snag. The soon to be super-villain was pushed into a life of crime when his business partner was found out to be embezzling money, which left Toomes wanting revenge, and destroyed his company. So now that Adrian had turned to the dark side, has a suit that can fly, and is completely bald, he became the Vulture. In the beginning, he was your basic thief who robbed banks and the rich, but was always foiled by the web slinger. This scenario would only be interesting for an opening sequence. However, what would give the Vulture more bite would be a story where Adrian uses his suit to steal Spidey's youth for a short time (I would rather see Peter Parker in old-age makeup than strut around to James Brown again any day). 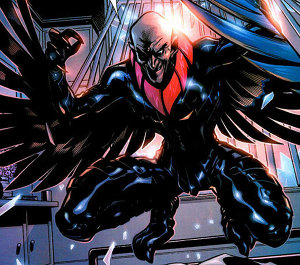