Little Red Riding Hood is one of the most popular fairy tales still told to this day. French storyteller Charles Perrault first published this classic tale in 1697, known then as Little Red Cap. Even though the story has been adapted several times over the past few centuries, Little Red remains one of the most recognizable fairy tale characters of all time. Described by the Brothers Grimm as “...a dear little girl who was loved by everyone who looked at her” and that had “a little riding hood of red velvet, which suited her so well that she would never hear anything else; so she was always called ‘Little Red Riding Hood’”. Her little red cape has been the one constant in the ever-changing persona of Little Red Riding Hood.

Little Red Riding Hood made her silent film debut in 1901 under the direction of famed filmmaker Georges Méliès and acted by Rachel Gillet. This motion picture is noted as Little Red Riding Hood’s first time on film. Méliès became the first filmmaker to attempt to translate the fairy tale to screen, and while there are no notable photos of Rachel Gillet as Little Red, this leads to other film adaptations of the fairy tale.

Another French version of the fairy tale came out in 1930, starring actress Catherine Hessling as the famed Little Red Riding Hood. Like the previous version of “Le Petit Chaperon Rouge,” photos of the costumes are not available; however, pictures of Catherine Hessling, known for her beauty and facial appearance, are shown here. You can check out some of our Little Red Riding Hood costumes, and speculate as to how they may have been different in 1930. 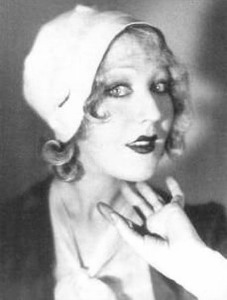 Liza Minelli starred in the 1965 film, “The Dangerous Christmas of Red Riding Hood,” as Little Red Riding Hood. This version retold the original version, but with a twist. It was told from the wolf’s perspective, who claimed he never tried to hurt the little girl, but was presumed to be doing so because of his wolf reputation. The acting was grossly over the top and was not received well, making print copies limited. 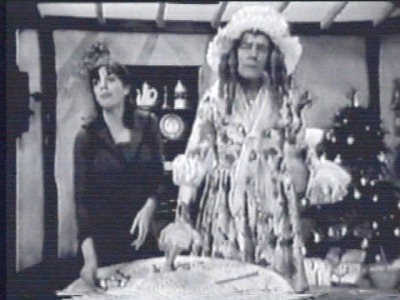 Stephen Sondheim and James Lapine transformed classical fairy tales into a Broadway sensation for their 1987 stage play about everybody from Rapunzel and Jack and the Beanstalk to Cinderella and Little Red. Touring in 1988, the play has only become more recognizable since then, and is expected to arrive at the Delacorte Theater in New York starting July 2012. 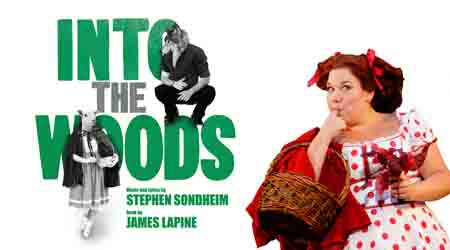 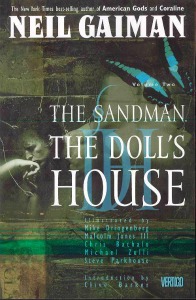 Caption: Front Cover of The Sandman #14

Reese Witherspoon and Kiefer Sutherland starred in this 1996 flick playing Vanessa Lutz (Little Red Riding Hood) and Bob Wolverton (Wolf) respectively. Director and writer Matthew Bright put a definite twist in the classic tale, making Vanessa Lutz a teenage runaway traveling to her grandmother’s house who is followed by serial killer Bob Wolverton. With the tagline “her life is no fairy tale,” this film is sure to be a far cry from Little Red Riding Hood interpretations seen previously. 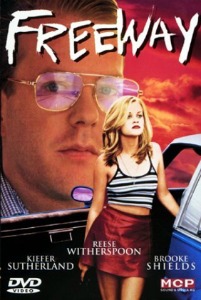 Texas-based industrial rock band VAST took Little Red Riding Hood to a new level in their music video for “Pretty When You Cry” in the late 90s. Shown at the beginning of the video in a red cape in the middle of a forest, she transforms throughout the rest of the video. She transitions between man and woman, alive and dead, before finally returning to her “normal” state at the end of the video. Also included is the hunter, who drives her into and out of the video. 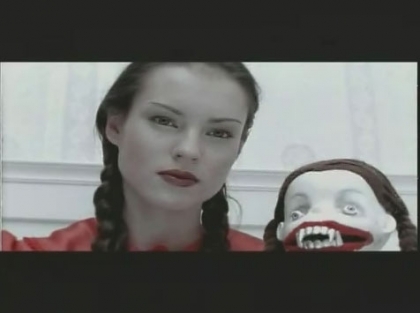 Caption: Video still from “Pretty When You Cry”

Model Estella Warren starred in this classic retelling of Little Red Riding Hood for Chanel No. 5, directed by French film director Luc Besson. As far as commercials go, this is possibly the most famous and recognizable use of Little Red Riding Hood. This cheeky, yet elegant advertisement shows Little Red getting ready for a night out in Paris, much to the dismay of her household wolf. 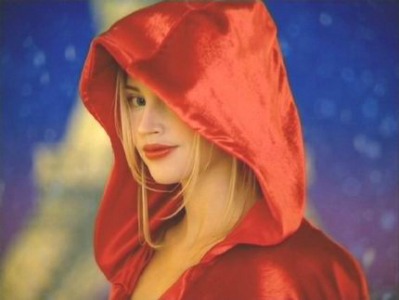 Jumping ahead to the new millennium, Little Red Riding Hood made her full color, animated debut in 2005s “Hoodwinked!” While her name has been changed to Red Puckett in this animated wonder, her striking red hood and uncanny resemblance to the original are undeniable. In this film, Red Puckett is seen wearing a tan shirt, blue skirt, and a sassy attitude, brought to life by the voice of actor Anne Hathaway. 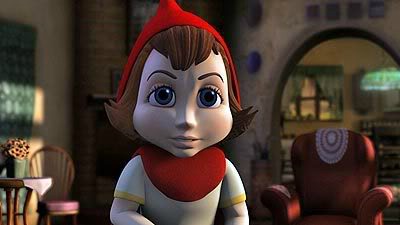 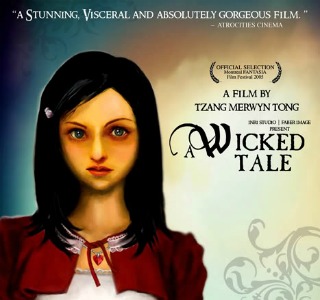 Amy Lee’s band Evanescence climbed the charts in 2006 with their hit “Call Me When You’re Sober”, aided by their Little Red Riding Hood themed music video. The video opens with Amy Lee sitting at a table adorned with a red cape and dark red lips, sitting across from a man, who is presumably the wolf. Again, this video portrays a darker Little Red Riding Hood, where at the end she confronts the wolf and takes control. 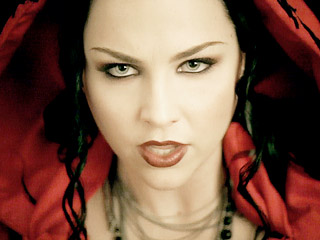 Amanda Seyfried’s “Red Riding Hood” put the spotlight on the fairy tale once again in March 2011, offering viewers a dark and mysterious retelling of the classic. On screen, Seyfried is shown wearing a long, flowing, blood red cape that is jarring in contrast to the bright white snow. Much blood is shed throughout this film, and this is reflected by Red Riding Hood’s red cape. With the same director as "Twilight," we think the trailer looks pretty cool. 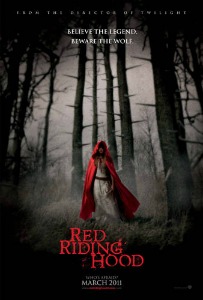 With the popularity of fairy tale remakes on the rise, it is good to know that Little Red Riding Hood is still among the popular crowd, being featured in ABC’s “Once Upon A Time”. In this Sunday night drama, Megan Ory plays Ruby, the Little Red look-alike. The beginning of the series left Ruby’s back-story mysterious, but it was revealed to audiences March 11th what happened to her in fairy tale-land. The way that Ruby dresses in Storybrooke shows off her provocative side, however, she is seen wearing more traditional clothing in the fairy tale flashbacks. She can be seen holding a picnic basket wearing a red cape, off-white top, red skirt and brown corset with long, flowing brown hair. 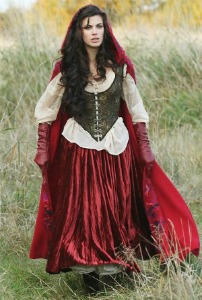 Caption: Megan Ory as Ruby on ABC’s “Once Upon a Time”

The story of Little Red Riding Hood remains a classic fairy tale that continues to be retold. Even though she is constantly changing, one characteristic always remains the same, her red hood. Whether she is on Broadway, in a comic book, or selling Chanel, she will remain a staple in the fairy tale world for years to come.

This article was written by Kelsey Schultz and Allison Heard of HalloweenCostumes.com.