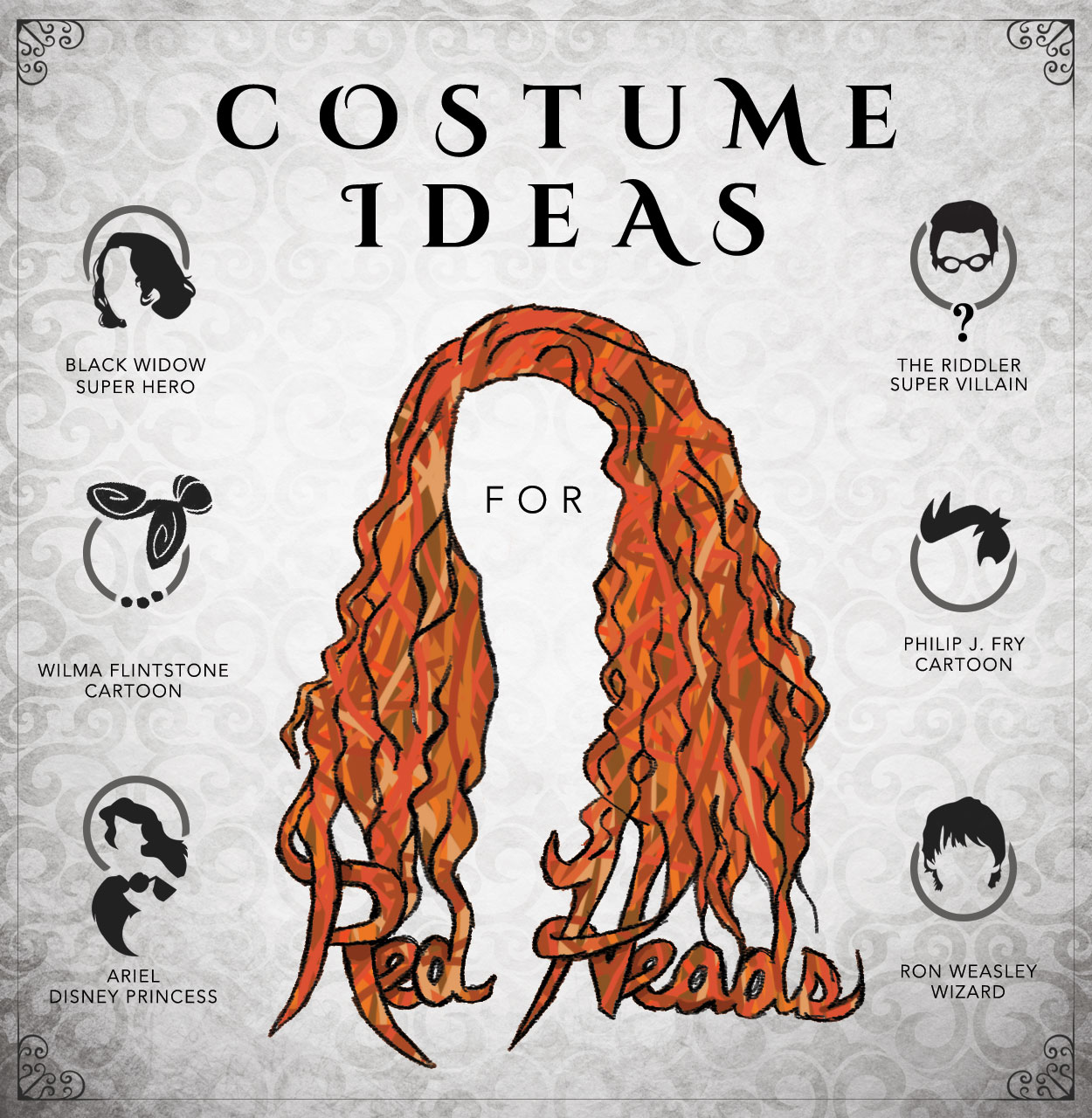 If you find that your hair blends in with the autumn leaves, it might be hard to find a costume that really fits you! Redheads only make up about 2% of the world's population which means that, naturally, they are less represented in popular culture, which translates into less brilliant red-headed costume ideas! But I wouldn't lose sleep over it, because your search is over! Right here in front of you, we have compiled the greatest list of red-headed costume ideas EVER! Though we might be slightly biased. 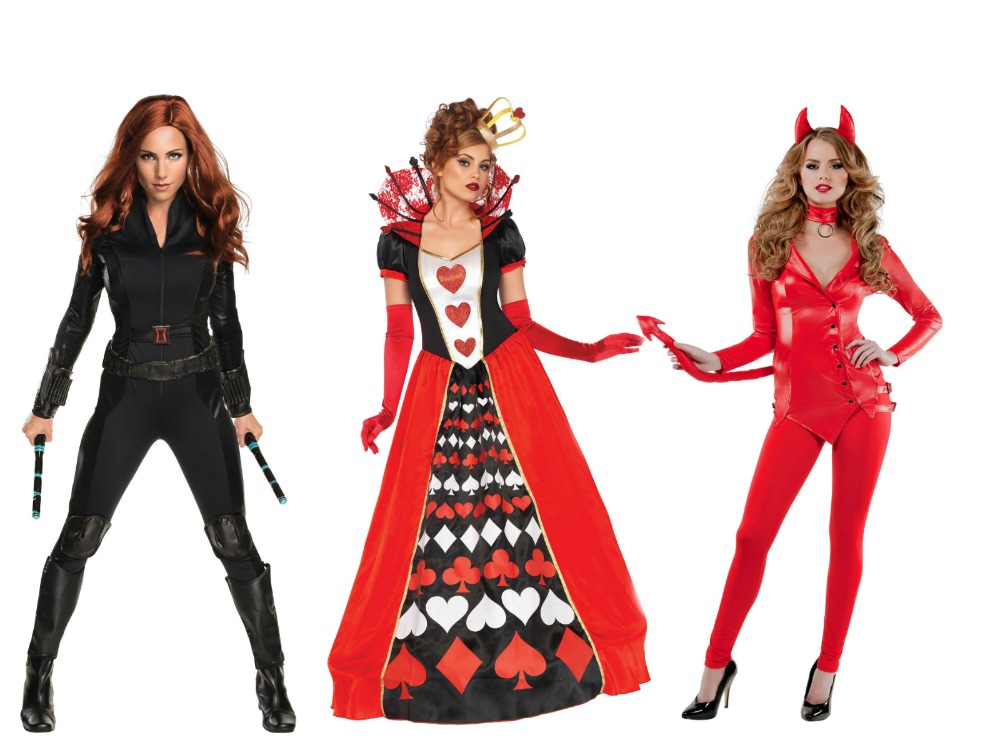 The list starts off with some of our more dangerous characters. These are the costumes that are perfect for someone ready to kick some butt at the next redhead joke they hear. Now obviously, you don’t actually have to be a redhead to go out as the devil. But if you are, this look works scary good. 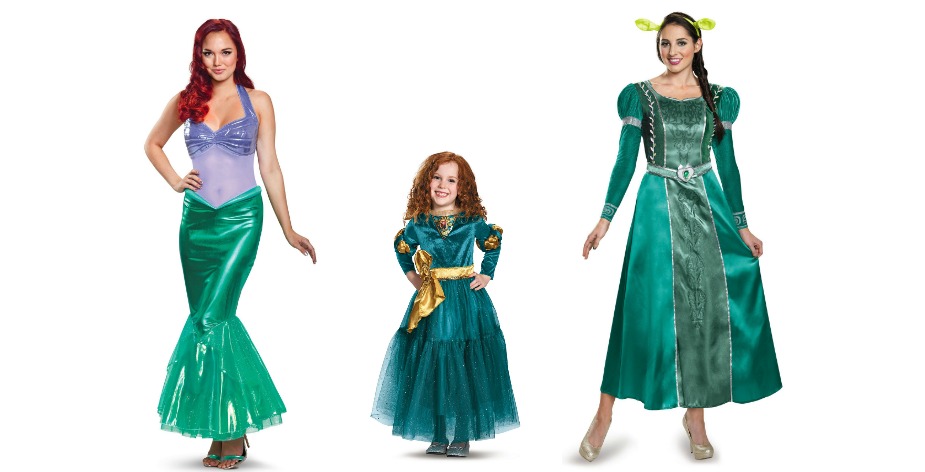 This category is dedicated to our extremely diverse redhead princesses, consisting of an ogre, a mermaid, and one human! These redhead characters are easily recognizable and having their signature hair color will bring smiles to peoples' faces as their favorite characters spring to life. Now unless you live in Venice, having to swim/flop from house to house is less than Ideal.  So, as much as we wanted to give the Ariel costume a big fin instead of leg holes, we didn't. Also, a special tip for anyone dressing up as Fiona this Halloween: roll around in the nearest swamp roughly three days before Halloween. Then, let that marinate until Halloween night when you put your costume on. You'll look and smell the part!

Now here are some costumes that'll take you back to the good ol' days. From Strawberry Shortcake to Lucy from I Love Lucy, these costumes are timeless classics that everyone would recognize and appreciate. And don’t forget these costumes are also great for a group, considering that these iconic women are all part of a group or a family!

These are some icons right out of your favorite movies, all with fiery red hair. I know what you're thinking. "That chump on the right has brown hair, like 90% of the planet, he doesn't belong here." But you have to have some vision here! That Gryffindor robe on a stunning redhead like yourself, well that almost starts to look like.... Ron Weasley? Fred Weasley? George Weasley? Literally any Weasley brother? All it takes is a little vision, just don’t forget your wand! 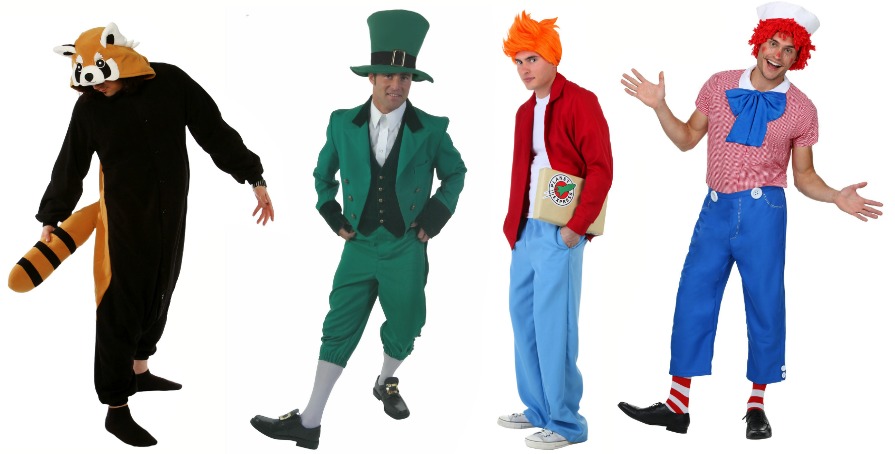 You probably saw the Raggedy Ann costume earlier in the article, so we probably don’t need to tell you which costume to pair with Raggedy Andy...  But the costume on the left might need an explanation. It's a Red Panda! If you don’t have red hair, stick with the Giant Panda costumes, because the Red Panda is for all you redheads. So, there you have it, every single one of our favorite Redhead costumes, all in one place! These costumes not only work with, but actually complement your luscious red locks. If you like these costume tips and want to see more, check out our best costume themes for more great ideas! Which one is your favorite? Can you think of any more costumes that belong on our list? Leave your thoughts in the comments below before grabbing your favorite costume!