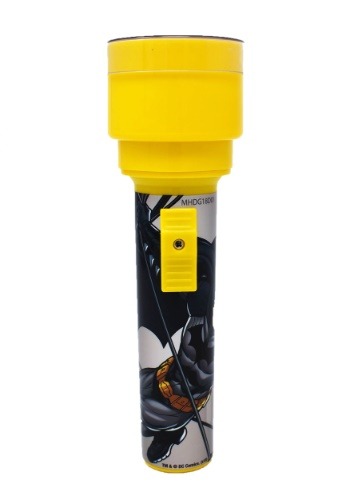 Batman always makes a dynamic entrance, doesn’t he? When villains are sitting a dark room, plotting crimes in Gotham City, he’ll swoop in take out the lights, and subdue all of the criminals. Or, sometimes Lt. Gordon will shine the Bat-signal into the night’s sky and Batman dashes to the Police Department building’s rooftop!

Well, if you’re planning on dressing up as Batman this year, then you might want to think hard about how you plan on making your own entrance. If only there was some kind of handy little gadget that would help you do just that…

Looking to make a grand entrance, just like Batman? Well, then you’ve come to the right place. This Batman Handheld projector flashlight is simple in design, but produces an extraordinary effect. One flip of the switch turns on a Bat-symbol shaped light that you can shine on the wall or ceiling. Then, you can make a dashing appearance as the one and only Dark Knight!

If you plan on cosplaying as the Dark Knight, then you’re going to want this flashlight. It lets you shine the Bat-signal anywhere you like! You could even dress like Lt. Gordon to shine this wherever you go if you don’t want to dress up like Bats himself.