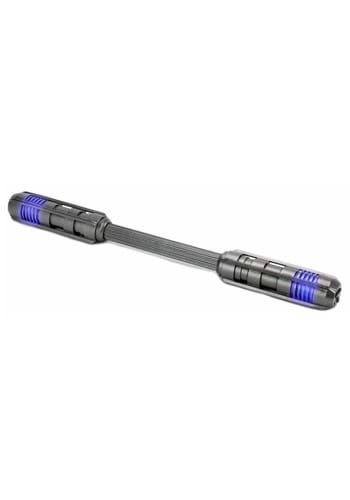 Not all of Batman and Nightwing’s time together was entirely professional. It was also good practice, though it is poorly documented, to go out into town together and just have some hangout time. The good PR went a long way toward legitimizing the superheroes as Gotham’s patrons.

The only downside for Batman was that Nightwing always wanted to do the same thing. Every time they had to do a PR stunt, Nightwing would brandish his electrified batons and repeat his favorite rhyme: “Escrima, You Scream-a, We All Scream-a for Ice Cream-a!” It was silly, yes, but Batman never could deny the boy. In fact, that pure excitement for ice cream became something he truly admired about Nightwing!

Baton Down the Opposition

If you want to non-lethally trounce some criminals, then this Batman Arkham Knight- Nightwing’s Escrima Stick is for you! This weapon is Nightwing’s preferred method of dealing debilitating damage to his foes. Consisting of a plastic baton with LED lighting, this baton mimics the look of Nightwing’s electrified beaters perfectly. It extends from twelve inches up to eighteen inches, so you can have that satisfying moment where you flick them out to full extension. You will love how this baton feels in your hands as you show off your Nightwing costume!