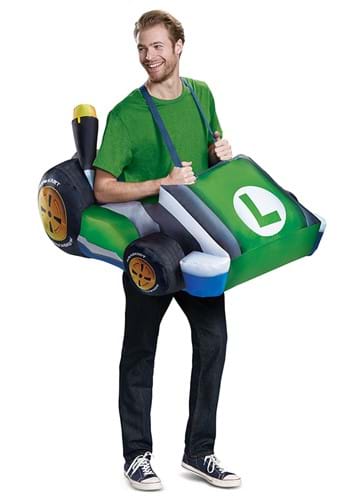 Life is a Raceway

Screaming around the track, you careen wildly into that little pest, Toad, and use his kart to keep yours from drifting into grass. Having straightened out, you hit a speed strip and blast forward over a short ramp and through an item box. You just try to keep your speed over the curvy road ahead until the item reveals itself- a star!

You light up like Peach’s Castle at Christmas, gaining speed and maneuverability well beyond your normal capabilities. You are right on Bowser’s tail and you don’t veer off! “Here we go!” you say as you barrel into him. Watching with satisfaction, you blast him high into the sky and hear his roar of surprise behind you. That’s what he gets for always trying to make off with princesses! Cruising along you begin to lose speed as your star wears off, but the finish line is up ahead!  You can’t fail now! Then a foreboding shadow crosses your path. BOOM! A blue shell crashes down on you at the last second, allowing that little Toad to squeak by and steal the win.

While getting second place to an oversized mushroom might make some people feel bad, Luigi knows that being second fiddle is a noble and worthy achievement! With this Adult Inflatable Luigi Cart Costume, you will destroy the competition, whether in a costume contest or at the racetrack.

If you are looking for the perfect way to rep the better, albeit less famous, Mario brother, then this Luigi kart costume is perfect for you. You will blow the competition away like Bowser in front of a star!