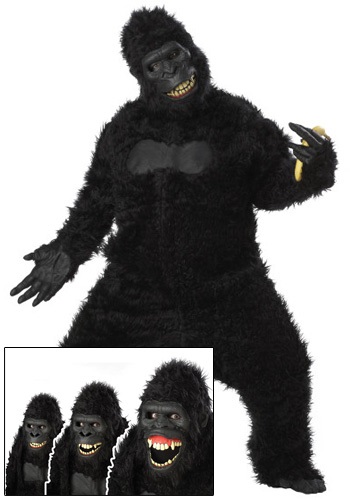 Unintended animalistic transmutation has been an ongoing struggle for mankind for several generations, now. Romanian legends warned of terrifying beasts forming from man as the full moon rose up over the eastern horizon, it’s lunar light making men and women turn into lunatics as fur sprout from their forms and they went running into the wilds, throwing off their clothing and howling, ultimately coming home with no memory of the savagery that they had engaged in during their wild run. Hunts have taken place to rid the world of most of the lycanthropes just to ensure that their curse doesn’t spread… but there are plenty of other transmutations to worry about.

People have been turning into animals for much longer than most know and it isn’t just werewolves! There are all sorts of spontaneous explosions of fur and only a fraction of them are precipitated by unusual behavior. But, fear not! This transformation, while potentially troublesome, can be managed. It takes work and, for some, the adoption of a brand new routine to keep the beast within from taking command. But, for those who can achieve the perfect balance, some can even manage to take control of the transformation and become their animal selves at will… and without losing track of where they’ve been!

Such is the case, now, for you. We know of the increased desire for potassium intake and the sudden frequency of chest-pounding. It’s fine! Just take a deep breath and say it aloud. “I am a were-gorilla.” Nothing wrong with it! But, with this Adult Goin Ape Gorilla costume, you will show the world that you are in command of the primate, not the other way around! This faux fur and polyester jumpsuit with vinyl molded muscular chest and animated mask give you the full look of savagery while still maintaining as much finesse and refinement as you desire. Smile! Show those bright gorilla teeth and then offer a little bow to your guests. They’ll be going ape with you… instead of calling animal control!