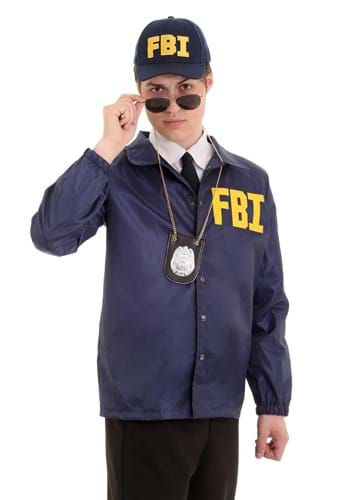 Alright, listen up people. This isn't your fancy-schmancy regular cop gig, sipping Pina Coladas on the beach. No, now you're in the Federal Bureau of Investigations, or just the Bureau if you want to sound cool like us. You're new here so let us give you the rundown. Number one, don't go looking for Mulder and Scully. Yeah, yeah, we've heard it all before, but their office is in a strictly confidential location. Number two, we're sure you want to meet Special Agent Clarice Starling, which makes sense, she's one of the best, but she spends a lot of time hanging out with Hannibal Lecter after all that weird stuff. Kinda creepy, if you ask us. Number three, you probably want to spend some time with Special Agent Dale Cooper, right? Ask him what happened in Twin Peaks all those years ago? Well forget it. Cooper is off his rocker. We've put him through nine psych evals and trust us when we say you're better off not meeting.

Of course, the real heroes aren't the ones with their names in the papers. The real heroes are the ordinary, every day agents who do the work of protecting the homeland. That's right, that's who you are. You don't go for flashy photos or the magazine interviews. You go for getting the job done, for putting away some scum. You go because you can't help but be called to the job. Now let's go bust some bad guys!

Note: Wearing this costume is no guarantee that you will have your own gritty crime drama on TV.