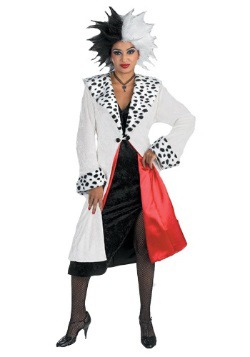 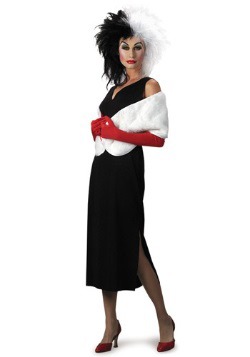 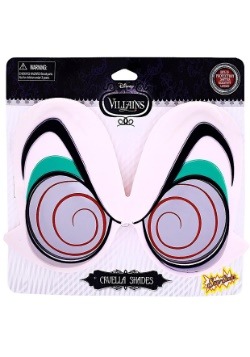 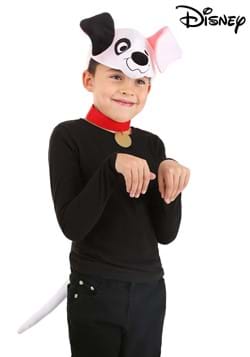 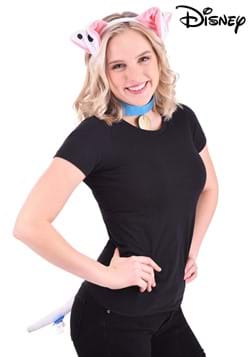 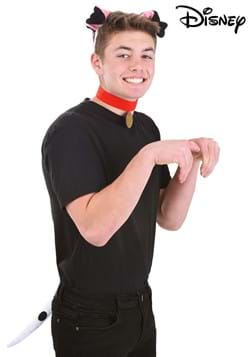 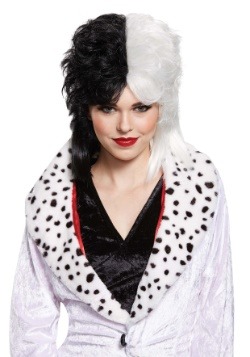 Did you know that One Hundred and One Dalmatians was the first Disney animated movie that was set in the "present-day" of the year it was made? In this case, 1961. And that each Dalmatian puppy had 32 spots, Pongo had 72, and Perdita had 68?

That classic movie was based on an English novel of the same name, by Dodie Smith, and like most movies based on books, it took some liberties. The most notable is that in the book Pongo's mate is named Missus. There is a dog character called Perdita in the book, but she is peripheral to the story. The 1996 live-action movie took even more liberties. Instead of being a songwriter, Roger is now a video game designer. And instead of being Anita's old classmate from school, Cruella De Vil is Anita's boss at a fashion design studio.

No matter which version of the story you prefer, you can bring it to life with our Disney 101 Dalmatians costumes. We have Dalmatian costumes in sizes from infant to adult plus, and Cruella costumes for women and girls. And if you're going to become Cruella, be sure to practice your evil cackle. Why just look the part when you can act it?

Create your very own Dalmatian plantation!

Even if your evening plans are to steal a bunch of Dalmatians to make into a coat, this tutorial will ensure you look amazing doing it! Start with a white base and then apply a green eye shadow to both eyelids keeping the shape more round to keep that cartoon appearance. Add a darker green eye shadow around the edges to create a contour. Then apply black eyeliner, mascara, and blush. Darken the eyebrows and extend them out for a more dramatic cartoon look. Finally add a bright red lipstick to complete this application!