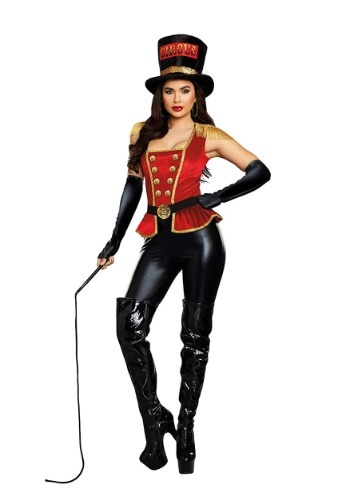 One Ring to Rule Them All

Not many people realize how competitive the circus life is. First, there's the competition that goes on between the folks under the big top. Then there's all the competition that goes on between other circuses. When animal activists protested the last circ, Baroness Rubies' Circus retired their elephants and gave their act an artsy touch with paper mache elephants. Then Professor Hubstars' Traveling Circus show modernized their show with vicious looking mechanical animals. It was creepy with a touch of Steam Punk and proved to be popular. The Baroness wasn't about to be outdone. She came up with the longest chain of trapeze artists the world had ever seen. The act ended with the last trapeze artist walking on their hands on the ground while eating popcorn. That was a hit too.

But you might be curious, what does the lion tamer do in these animal cruelty-free circus acts? Well, those mechanical and paper mache animals can get out of control. Not only is this character amazing with a whip trick, she'll have any mechanical animal begging for an oil can in no time!

This stunning black and red ensemble will make you look like you were born to run the circus! The red top has printed gold detailing along the front and sequins along the peplum flair. Lion tamers will love the military-style fringe along the shoulders and the dramatic square neckline. Layer the sleek black stretch leggings under boots and throw on the gorgeous top hat to finish your ensemble.

Are you ready to start the show? Finish off this look with a pair of dramatic boots, elbow length gloves, and one of our whip props. This look will be one for the books. Just don't be surprised if opening night sells out!