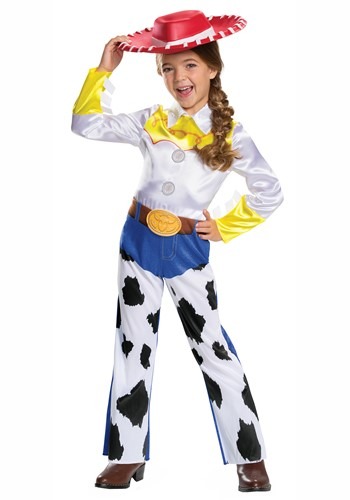 Jessie made herself famous in the 50's thanks to her magnificent ability to yodel at the campfire with the rest of the Roundup Gang of Toy Story fame. That's obviously part of what made her such a sought-after part of the museum exhibit for collectors' items! Who wouldn't want a young cowgirl with a mighty set of lungs!? Though, now that we're thinking about it... yodeling isn't really for everyone, is it?

Fun and games are great and all and we all expect some rootin' and tootin' and certainly some rough-housing when it comes to playing Western with the rest of your best buddies. But... yodeling? That's probably enough to make the whole scene shut down, especially if you're playing with a group of toys that aren't used to those Old West shenanigans. Fortunately, Jessie isn't one of those toys that always yodels. It's really only when she's super excited. So, if you're concerned about your little one turning into a yodel-master, we're pretty sure it's a bit of a rarity.

Whether you're into yodeling or not, we know that your kiddo is going to love living out their Toy Story dreams with this Classic Jessie costume. This is a comfy jumpsuit that is printed to look just like Jessie's outfit from the films, from her cow-print chaps to her jean skort. The top features bright yellow accents and printed buttons. Finish off the officially licensed Jessie look with her red and white hat and your tyke is ready for the fun!

We realize that Jessie loves to yodel whenever she's really excited and happy. So, we wouldn't want her to restrain herself from really enjoying the fun. So, when your kiddo starts to call out some yips and yowls, you'll know that they are really just getting into character!