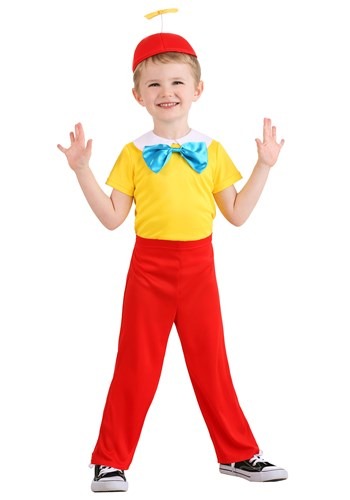 There's something a little strange about the story of the Tweedle Twins. Several of us thought that Tweedle Dee and Tweedle Dum were a pair that would be constantly fighting with each other. It seems totally reasonable, really. Two folks that have the same outfit and appearance, both living in a world where everyone is ruled by a sense of madness and curiosity, constantly just a few feet away from something inherently magical that'll make things go haywire...

How is it possible that the Tweedle Twins not only get along but actually accomplish all sorts of things together!? It's a little baffling. You might be especially floored if you've got a toddler or two of your own. No doubt you've had to say, holler, or even quietly pray to yourself the words a time or three: No Fighting! Well, if only those kiddos could take a lesson from the Tweedle Twins, they'd learn how to take care of problems arm in arm, in total copasetic bliss!

Prove that, somehow, crazy things in Wonderland are actually somehow more ordered when you gear your tyke up in this Zany Tweedle Twin costume. Your tyke can choose their favorite between Tweedle Dee and Tweedle Dum (since nobody else can tell the difference, anyway). This is an exclusive design that includes a pullover shirt designed with a white collar and attached silky tie. The red pants have an elastic waist for easy wear and the beanie hat features a flag on the top.

All the residents of Wonderland are mad, so the Cheshire Cat tells us. But, when you have a couple of identical tots hanging side by side, we'd figure they'd be rather zany, too! Turns out, in Wonderland, the ordered and easy-going pair are the weirdos! Enjoy bringing this Tweedle Twin home. Bring home a second to complete the pair or go really wild and fill a school with non-stop Tweedle fun!