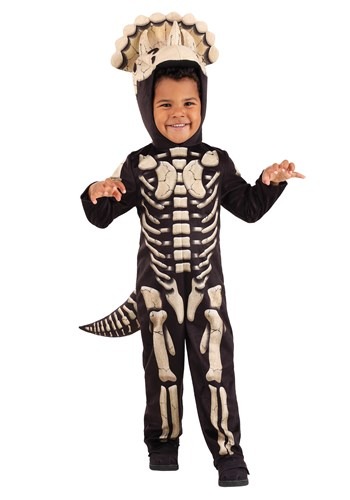 Wear the Crown of Bones

Once upon a time, there were several skeletons that were trying to settle an argument. "I have the shinest bones of all," said the first. "But, I have the strongest bones!" argued another. Still, a third played a tune on its ribcage and cried, "But mine are the most musical!" The argument just kept going. Longest legs. Slenderest spine. One even tried to say it had the largest number of bones... (but that ended up being two skeletons trying to stand on top of each other).

Well, bones stick around for a long time, so it was clear that this fight was never going to be over. Who would rule over the skeletons if nobody could agree which was the most important part of being a skeleton!? It went on until a little skeleton bird had an idea! "There is one skeleton that surely is the best of us all. They have strong bones, tall bones, musical ribs, a glorious tail, and living people even love to look. They even have a crown already on their head!"

Every skeleton agrees that the best fossil of all is the mighty triceratops! Now, with this Triceratops Fossile costume, your kiddo is going to be the cutest one out there. This is a Made by Us costume that our own in-house paleontologists have expertly designed. The black jumpsuit zips up the back and is printed with old and cracked bones to give your tyke a prehistoric look. The stuffed tail extends off the rump and the hood pulls up to show a 3D crown of bones. All your kid needs to supply is the ferocious roar!

Once all the other skeletons see the proud crown crest on the top of your kiddo's Triceratops costume, there will be no question that they are the mightiest and proudest skeleton of all! Plus, your kiddo will love tromping around like a real dinosaur!