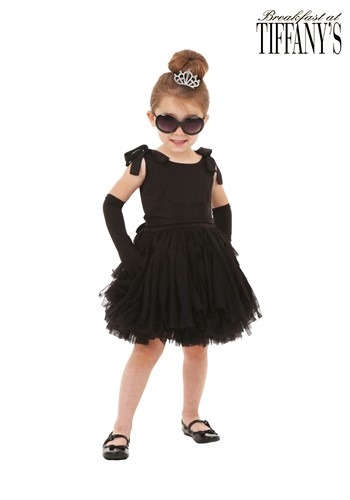 You can't give your heart to a wild thing: the more you do, the stronger they get. Until they're strong enough to run into the woods. Or fly into a tree. Then a taller tree. Then the sky. If you let yourself love a wild thing...you'll end up looking at the sky.

Truman Capote wrote very few things that could inspire a toddler’s Halloween costume. We toyed with the notion of making costumes themed after In Cold Blood, but we ultimately thought better of it. Thankfully we have Breakfast at Tiffany’s, a heart wrenching story that was adapted into an Academy Award winning picture in 1961.

Of course, the movie may as well have been titled “Audrey Hepburn in a Black Dress for 114 minutes.” Her portrayal of the lithe runaway from Tulip, Texas still captures hearts and imaginations, simply one of the most beautiful actresses to play one of the most captivating characters in movie history.

Your little girl may not be old enough to appreciate some of the subtle nuances of Breakfast at Tiffany’s. In fact, she’s probably still learning the subtle nuances of actual breakfast (the trick is to keep the Cheerios from falling on the floor). But we bet she knows what style is, and that’s what this costume has in spades. Reincarnate your little tot as Holly Golightly from head to toe in this dress, sash, and pair of long black gloves that came right out of the movie. And of course Holly wouldn’t be caught dead on the streets on Manhattan without a pair of big sunglasses! (You never know who you’re going to run into.)