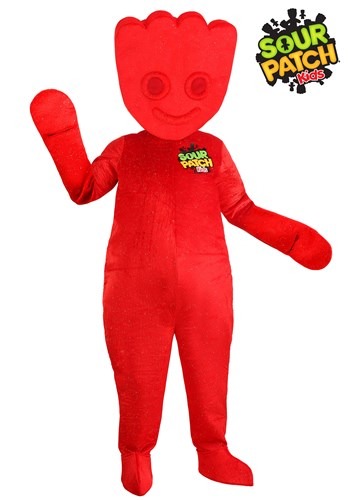 First, You Were Sour

The first time you pranked someone, it was your younger sibling. You crept into their room while they napped and snipped off a chunk of their hair. When they woke up, you gasped and ask them what happened. Not a member of the family was amused, and you lost the right to use scissors without supervision. You got your first detention because you planted a thumbtack on your teacher’s chair while the rest of the class was at lunch. In high school you were the ringleader for the senior class prank; it took 2 weeks to find the final egg you had hidden in the building. When you moved into your own house, you cut all the lilacs off your neighbor’s lilac bush when you were housesitting for them. Every morning, you let your dog out on a leash that stretches just far enough to scare the mailman. All of that is just the tip of the iceberg.

You’ve been told a couple of times to rein it in. Some have suggested that your pranks are meaner than they are funny—that stings. You’ve only ever wanted to make people laugh and witness some wacky cause and effect scenarios, like when someone eats a sour candy, scrunches up their face, and then giggles as the sour taste ebbs. However, you may be missing an important detail if that’s your end goal. We suggest you take a closer look at why people enjoy sour candies so much. Study the way, say, Sour Patch Kids balance their mischief and makeups.

Lucky for you, our team of designers are familiar with the antics of the Kids. They took special care when crafting this Red Sour Patch Kids Costume so you can immerse yourself in their sour then sweet world. You’ll completely transform into one of the chewy candies under the mask, mittens, and shoe covers of this bodysuit. The mask features soft-sculpted eyes with mesh-covered openings, and that signature smirk each Kid wears. Sparkling red velour gives this costume the illusion of being covered in that special mix of sour sugar that creates the Kids’ famous sour and sweet balance. You’ll be ready to find your own compromise between causing scowls or smiles after wearing this Made By Us exclusive!

Once you’ve learned how to prank and apologize properly, like a Sour Patch Kid, you’ll want to get to work to make amends. Keep your dog in when the mailman stops by. Get your neighbor a nice bouquet and maybe hand over your garden shears so you’re not tempted to cut the flowers again. Then, the next time you want to make a little mischief pull on your Sour Patch Kids Costume and go convince your friends the candies have come to life.