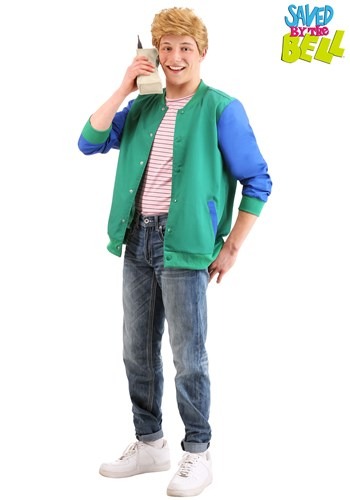 Zack and school had a rather complicated relationship. He had a permanent seat... in detention. He had fame throughout Bayside... more like infamy with Mr. Belding. He captivated all of our attention and was unquestionably the most popular guy in the whole scene... because he could call a Time Out and draw the camera direct to only himself while all others were frozen in place during the mysterious halting of time. Hold up; was Zack Morris a warlock!?

No matter what gave Zack the strange power he possessed, he viewed school as a great experience... except for the classes. After long years, Zack said that he finally found the best part about high school was the fact that he'd never have to return after graduation, in fact. But, oh, was Zack wrong. You see, when you dabble in the forces of time and the universe, trying to exert power over all around you, there is a cost that must eventually be paid. Now... Time Out!

While the real Zack Morris might be stuck in a high school purgatory, you get to step into his role with this officially licensed Zack costume from Saved by the Bell. Our in-house design team has scoured the 'net, watching every YouTube clip and re-watching every season to get the details on this Made by Us costume correct. Channel the full might of the '90s with this colorful jacket and a wig that truly defies all laws of nature to pull of a real Zack Attack. Don't want to go to the dance alone? Fear not! Give your other Bayside buddies a call on the giant cell phone and it'll be all right!

Put yourself into a perpetual high school state... actually, that sounds pretty awful. Instead, just jump into the style of the one and only Zack Morris with this great costume. (Leave the actual Time Out and forever detention to the real guy!)