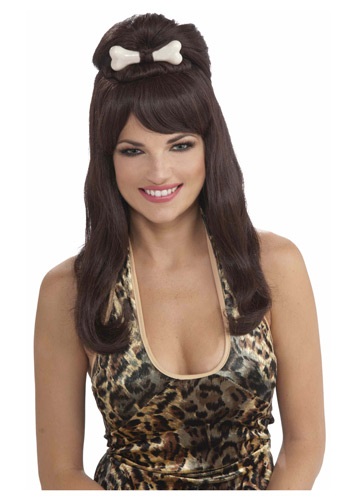 A while back our designers stepped into the company time machine to see what the social elites were wearing in the Neolithic period. Many dangers were faced and lessons were learned. Our lead designer was almost trampled by a mammoth before making a lasso, jumping on it's back, and riding into the sunset. We actually never heard from her again. We aren't too worried though, scientists recently uncovered a cave painting with a remarkable resemblance. After months of traveling the land and seeking the most fashionable Neanderthals, our design team were introduced to the Oggs.

The Oggs were a well respected family. They had the nicest cave around, with a great view of the tar pits. The Oggs daughter, Ona Ogg, who had the most fashion forward sense of style the designers had ever encountered in both prehistoric and modern era. She rocked a haute couture sabretooth skin dress. She completed the outfit with a daring claw and tooth necklace. She was all together fashionable, but her hair is what the designers come back raving about. It was neatly coiffed with a small dinosaur bone acting as a prehistoric tiara. It was a simple, yet elegant arrangement. We knew we had our look, our journey had been worth it.

All but one of our designers have returned. After much research, trial, and error we have finally re-created Ona Ogg's foxy hairdo. Although we could not find a reliable source for dinosaur bones we have molded a realistic copy with modern plastic, so it looks just like Ona's revolutionary style. We are so proud to present the Prehistoric Princess wig so you, our dear customer, can look like a prehistoric prima donna in no time!