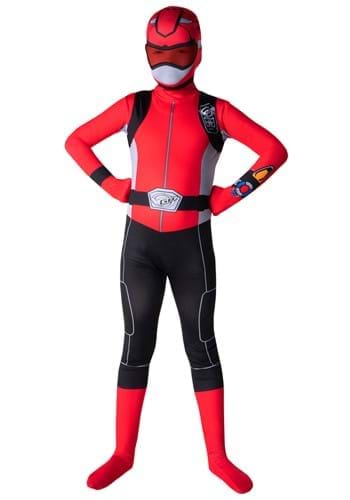 Tubatron 2.0 smashed through that village like it was nothing! Seeing it destroy so much and not having the power to stop it made Devon feel helpless and small. What was the point of the Rangers if they couldn’t overcome the evils that they fought so hard against? So, when Nate offered a fury cell to activate Devon’s red fury mode, it is no wonder he took it!

With that extra boost, he was able to defeat the Tubatron 2.0 easily! But was it worth the cost? Having fought off all the foes, Devon had to still overcome his own rage and arrogance. That fury cell may have helped stop their foes, but it was also replacing Devon’s human emotions with their beast-like counterparts! It is not always bad to use your rage, but, as Devon shows us, beasting it up in Red Fury Mode is a great power and responsibility!

For any potential Power Ranger, the armor is the most important aspect. That is why when we made this Power Rangers Child Red Beast Morphers Costume, we made it the best one that there is. The one-piece jumpsuit has all the iconic Power Ranger’s symbols and style built right into the costume, so you never have to worry about losing or forgetting a piece. It is Power Rangers approved!

If you are looking for the perfect Red Beast Mode Power Rangers Costume for your child, then you are in the right place. They will love running around fighting villainous foes in style when they wear this costume!