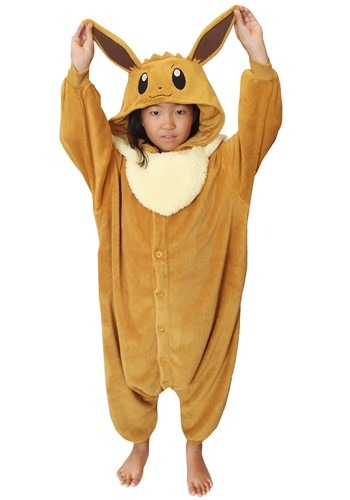 We're going to go on a limb and say that your tyke might have a lot of things in common with Eevee. That might seem a little odd, initially, since Eevee is a cute little puppy-like Pokémon, beloved for its wide array of evolutionary forms. But, Eevee is also a Normal-type Pokémon with some pretty tactically designed moves that it learns over the course of its leveling lifetime. Let's see if we can't spot a pattern.

Right away, they're great at tackling and growling. Think back to your little one at One Year Old. How often where you flat on your back with them grumbling on top of you? Well, by the time they are level 6, they can learn Quick Attack. Just think of how fast that kiddo goes when they want to be somewhere you don't want them to be! As they get older, they learn some Double Kick tactics for some serious tantrum-throwing and by the time they're 17... let's just say they can be pretty dark with their Bite (even though teenagers use more of the verbal variety).

It might not initially seem like a good idea to encourage your little Eevee's development that way, but we can promise that they make true and loyal companions! Plus, this Eevee Kigurumi is so comfy and adorable that we're sure your kiddo will focus on the cute stuff. This is an officially licensed jumpsuit designed to look just like the newest Pokémon mascot from the light brown fur to the smiling face and big ears on the hood! Perfect for costume fun or nighttime naps!

Your kiddo is bound to love this Eevee Kigurumi. (You might want to grab one for yourself, in fact!) And, if you're worried about those fighting years, don't worry. By the time they're 31, they get Helping Hand and will finally want to pay everything back! (So we hear.)