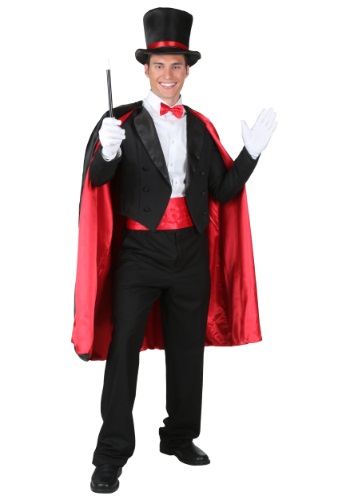 There’s this really cool trilogy called “The Magicians” by Lev Grossman (that’s since been made into a SyFy television series) that’s sort of a grittier, more grown-up version of the Harry Potter series. And we gotta tell you…it makes magicians sound pretty freaking cool. It sort of combos the coolest parts of being a magician and a wizard: Instead of a wand, you use sleight of hand (or, as we like to call it “really weird and particular finger movements"), and instead of pulling rabbits out of your hat or sawing your female assistant in half, you do super freaky stuff like turn into a migratory goose or instantly transport yourself to another dimension.

And shiz gets dark! There’s an evil master magician who can basically eat people, a legendary children’s author who turns out to be majorly uncool when it comes to kids, and a crew of siblings who aren’t exactly the nicest to each other. Yet the coolest part is always how real the magic seems…even when you’re like, “This is unbelievable”, it’s still, like, kind of believable!

Which is exactly the secret of a magician, which is important for you to know if you’re going to really rock this Plus Size Magician Costume. Chances are, you’re gonna wear this to a party and attempt to wow some people with some tricks, and we get it - this costume makes people expect it. And you’re probably like, “Wait, how does this part connect to the earlier part about that book trilogy?” It doesn’t! But if someone asks you to do a trick and you’re like, “oh, I don’t know that one,” now you have a brand new popular book trilogy to tell them about and thus distract them from their expectations. Magic!