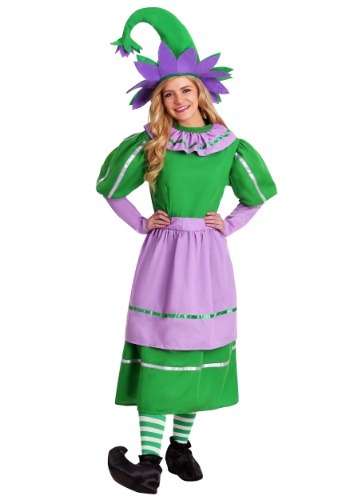 So some broad just flew in on a house and killed the Wicked Witch of the East. Which is great and all, but let’s keep it real for a second - sure, you had some help from that doll Glinda, but everyone’s acting like that house was the greatest thing to ever happen to Munchkinland. The situation was getting handled, all right? Yeah, the house cut the battle short, but it was only a matter of time before you all had that witch right where you wanted her!

And anyway, can we talk for a minute about this chick Dorothy? Apparently she’s from a place called Kansas - though, not for nuthin’, we’ve never heard of it - and truthfully, she’d doesn’t really seem like she’s the brightest bulb in the bunch. Sure, she’s cute, and she’s got a dog, which speaks highly of her (what can you say…you’re a lover of animals!), but she doesn’t really seem to grasp the reality of the situation, if y’know what we mean. All your friends and family are all “She’s gonna go down in history”, which…it’s nice that they think this is a reason to celebrate (after all, you’ve never been one to turn your button nose up at an open bar) but let’s not get ahead of ourselves, all right? Speaking strictly confidentially…you’re not even all that sure if she meant to land her house on that witch. Makin’ her a bust in the Hall of Fame? The way that’s Dorothy’s acting, it was all probably just a big accident!

But you ain't gonna cause no waves, because at the end of the day, it's simply a chance for you to get dressed up in your best duds, and you've been dying for an occasion good enough to pull out this Plus Size Munchkin Girl Costume! No imposter from "Kansas" is gonna ruin your chance to have your head look like a flower, and in this combo of green and purple, you're sure to get the attention of ol' Bobby from the Lollipop Guild! Yeah, that's right...that ol' Dorothy can just make her way on down the Yellow Brick Road...you'll be just fine here, singin' and dancin' until the witches fly in!