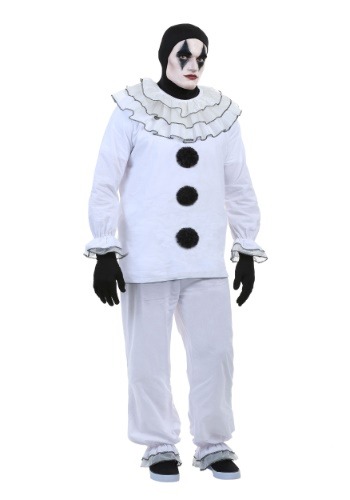 We all know the trope of the sad clown. The question is, where did that idea come from? After they realized kids were simply scared of them, did they all just get depressed? Did they become car sick after riding in those tiny cars with their coworkers? Turns out, we can blame their disposition on the grandfather of the modern clown, Pierrot. A character pantomimed by many popular actors at the time, his character often started out happy and hopeful, he often ended up so helplessly defeated that people couldn't help but laugh at the tragedy.

Making his first appearance in the 1600s Pierrot could possibly be the most popular clown of all time, even Krusty the clown would have a hard time competing with his career. Pierrot has been a character in operas, plays, and books. His black and white ensemble is instantly recognizable in well-known paintings and film. The baggy outfits of clowns today come from Pierrot's often disheveled appearance, though our Pierrot seems to be more put together than usual. The ensemble has a lightly layered ruff at the neck as well as gathered ruffle detail at the wrists and ankles. The knit hood gives you a streamlined look, ready for the time-honored painted white face of the character.

Wearing this costume you could clown around through the ages and never look out of place. Whether you're looking for a fun yet sophisticated Halloween costume or you've scored one of the great Pierrot roles out there, you'll be in the company of great actors of history. You might be a sad clown, but hey, at least you aren't a mime!