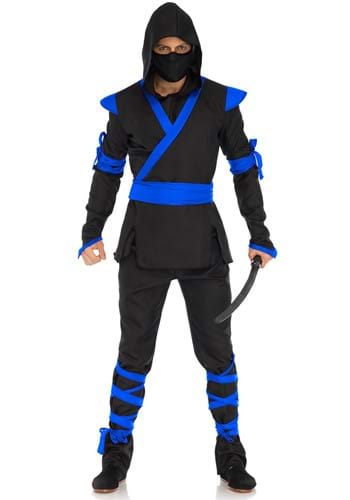 You’ll Have a Blue Ninja Fight

Isn’t it odd how everyone profiles ninjas? Or maybe it is true that ninjas are just perfectly organized by color and no one ever thought to correct you when you joined the wrong one. After years and years of training and effort, it was with a big smile that you received your blue ninja uniform, to the shock and with apparent distrust from your peers.

Looking around, you saw that every face in the dojo was scowling at best. You left in a hurry and went off on your first mission to fight the yellow ninjas, which is when you realized that they all smiled! And the red ninjas had war-faces and grimaces. And the black ninjas were totally stone-faced. You smiled as you fought, but you found yourself alone on the field. One solitary, happy, blue ninja. It was up to you to change things, you decided. No longer did blue ninjas need to be depressed! Not anymore!

Although we suppose that it might just be a lot easier to change over to a yellow uniform, you are no doubt somewhat accustomed to this blue one. The royal blue stripes look amazing against the pitch black. The straps and armor pieces are all attached straight to the costume itself, so you can be comfortable and stylish without having to re-tie them all the time. Not bad work for a bunch of morose tailors!

If you are looking for the perfectly blue way to rock the ninja look, then this Men’s Blue Ninja Costume is the right thing for you. You won’t find a better, more comfortable uniform outside of a dojo, and with this one you don’t even have to train for a decade!