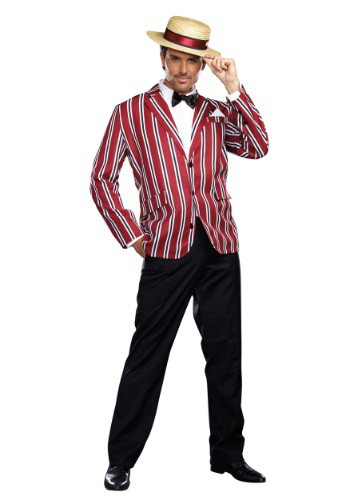 The speakeasies of the 1920s always promised a good time… at least so long as the cops didn’t come bashing down doors to rattle up some trouble or the mob guys weren’t especially and dangerously rowdy. But, until those moments, you could relax in a den of smooth jazz music, watch the flappers do their thing, and enjoy some freshly brewed illicit moonshine. But, wait… if you weren’t the cops, the mob, or the flappers, exactly who were you going to be during that time!?

The big identities of the Roaring ‘20s seem pretty limited when you look at it through that kind of lens. You want to have a popular role, but who wants to be the same person as everyone else? There’s gotta be another ‘20s type that is fitting, fun, and isn’t destined to be in the middle of a gun fight. (Yeah, we know you flapper gals are toting some pretty hard core fire arms hidden behind those sequins! You’re not fooling anyone!)

Well, fortunately, there was another role available and you can not only be safe from gunfire but also be the hero of the speakeasy with this Men’s Good Time Charlie costume. This red, white, and gray striped polyester jacket has three center buttons and faux pocket flaps to not only offer you the vintage look of the times but make sure that you are noticed for all your good cheer. The satin bow tie fastens via a back metal hook and gives you just the right contrast against the grosgan red ribbon on your straw boater hat. Wear your own clacking shoes and make sure they are well shined because you are going to make sure there is life at every party.