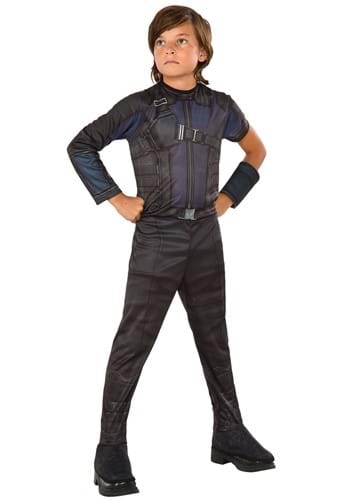 Hawkeye may seem like the worst Avenger to some people, but there’s no denying that when he starts launching hawks from his eyes, things tend to go real bad for the bad guys. Thanos and his cronies didn’t know what was coming for them when they decided to attack Earth. They probably saw Thor and the Hulk as the biggest threats, but little did they know that there was a hero even tougher than both of them combined: Hawkeye!

And though he never used his main power of shooting hawks out of his eyes in the movies, Hawkeye still managed to do his part during the battle for Earth. His precision and quick thinking saved a lot of lives. Not only that, but without Hawkeye, the Avengers could never have succeeded at recovering all the Infinity Stones. So if anyone tries to tell you that Hawkeye is less than the best Avenger, you can quickly set them straight! Because of Hawkeye, the universe was saved.

Hawkeye’s armor is simpler than some of the Avengers’. For example, Iron Man’s whole gimmick is his armor, so it is necessarily flashy and important for him. But Hawkeye knows the value of stealth and keeping a low profile. Why wear armor to absorb hits when you can just dodge the whole attack? That’s where this sleek jumpsuit comes in with its black and dark blue pattern. It offers all the style of Hawkeye along with his trademark archer’s bracer and bare arm.

“The city is flying, we’re fighting an army of robots, and I have a bow and arrow.”

That’s Hawkeye’s indomitable spirit shining through. Whenever he was faced with insurmountable odds, he took inspiration from hawks and stayed modest. His intelligence and can-do attitude were more valuable than all the strength of the Hulk and Thor combined!