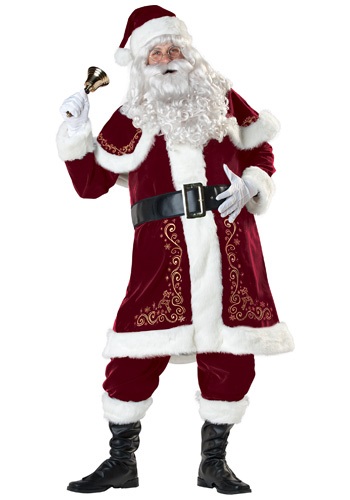 Information
Sale - Save 5%
Items Out Of Stock
Recommended Accessories

The holidays are pretty easy to mash up some times. It seems a little wild, perhaps, but we’ve had several family members who were itching to start some Christmas related decorations much earlier than the day after Thanksgiving. At first, we were a little resistant. Blurring the holidays together seemed a touch problematic. But, then again, Tim Burton did it in his stop motion musical and that was a smashing hit! So, gates are open! Holidays are meshed! Santa for Halloween and pumpkin pie for Christmas… well, that last one was already happening, anyway. Either way, there’s certainly something to be gained from bringing in a bit of North Pole elvish magic to mix with the thinning veil of All Hallows Eve. Extra magic never hurt anyone, eh?

And, it might even explain how Santa managed to hit up every house in one night. What if he started early? Hid a few presents in some jack-o-lanterns or had a few elves in disguise running around delivering things prematurely? Sure, he might have plenty of magic in that wiggling elvish nose of his, but he’s a business man, too! He’s gotta have some tactics at work. Ha! We’re on to you, Santa!

And Santa can be on to you, too, with this Jolly Ole St. Nick Santa costume. The red velvet pullover jacket has the iconic red and white color arrangement as well as intricate gold swirl and snow embroidery to give you that especially exotic and magical feel. The cape, sleeves, and hemline are edged in faux fur to keep you warm in both frigid winter and later fall and, of course, the staple of Santa’s visage, the red velvet hat, comes with the bright white pom pom at its tip. Bring Christmas cheer early this year, but be ready to prove which is faster: broomsticks or reindeer!